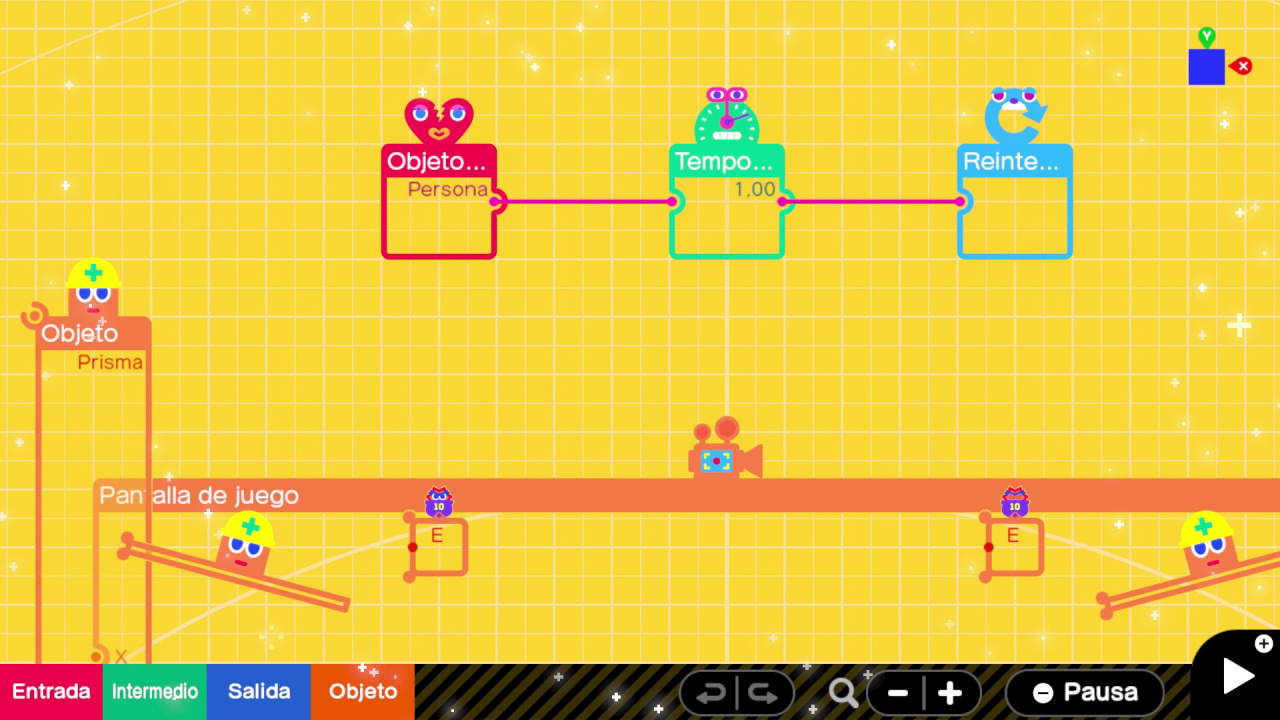 The creation game developed by the Big N has had a good acceptance, but it was only in digital.

After its successful worldwide premiere, the Video Game Studio -Game Builder Garage- announces its next plans with the launch of a physical edition. So far, Nintendo’s creation game was only available in the eShop, but the Japanese firm has just announced that it will also go on sale in physical format in Europe. You can buy it in the usual stores from next September, 10th.

We can create games from scratch easily and simplyThe game is having an impact among the Nintendo community with users motivated by the features that the game offers. Videogame Studio gives easily accessible tools so that everyone can create or design games without programming knowledge or know what the games are like inside. To do this, he teaches gradually through tutorials and then each one has the necessary tools to unleash their imagination.

To do this, a series of characters called nodon will accompany us at all times, and we will have to join them and fulfill the tasks that they propose to us to make the games come true. On the way, we will have total freedom to choose the movements of the characters, assigned buttons or obstacles. There are a total of 80 of these nodons to create proposals of all kinds.

If you want to take a more in-depth look at what it offers, don’t miss our Video Game Studio analysis. In this way, and if it convinces you, you already know that it will be able to decorate your shelves from September.