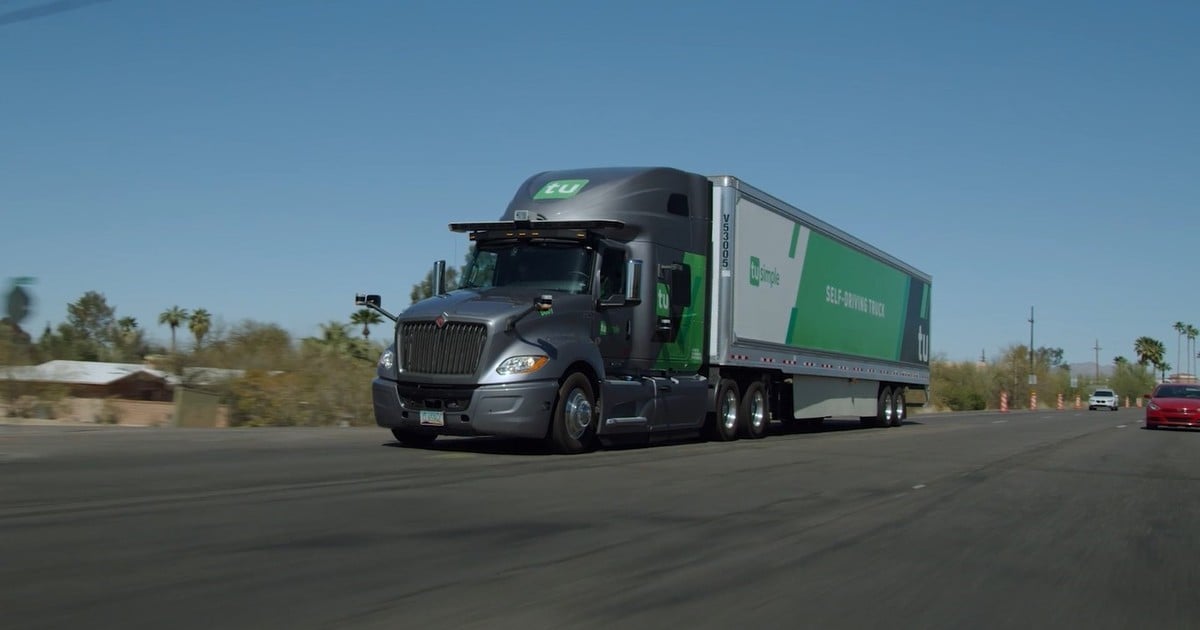 Technology autonomous driving it advances by leaps and bounds. And not only is Tesla a specialist in the matter, because recently a truck full of watermelons drove itself by almost 2,000 kilometers to deliver your cargo.

The truck, belonging to TuSimple, an American transportation company focused on autonomous driving technology, managed to complete the journey in 14 hours, about 10 hours less than it would have taken a professional driver.

The truck departed from southern Arizona bound for Oklahoma. For the first 100 kilometers it was driven by a professional driver, but from Tucson the truck took command to travel more than 80% of the journey all the way to Dallas.

The truck completed the more than 1,500 kilometers in 14 hours and 6 minutes.

Although for safety the driver never got out of the truck, the autonomous driving system traveled 1,529 kilometers on your own.

As reported from TuSimple, their autonomous systems they are optimized for highway driving. Only in urban and industrial areas, at both ends of the route, did the driver have to take control of the truck.

Technology TuSimple is composed of a adaptive cruise control with lane keeping and automatic braking, but failing to achieve level 5 (maximum) of autonomous driving.

Beyond how incredible it seems that a truck travels such a distance autonomously, the most relevant impact for any logistics company is that the vehicle can complete the journey in much less time that with a driver at the wheel.

Despite being more efficient, it is necessary for a professional driver to supervise every action carried out by the autonomous truck.

In the United States, a trucker can drive a maximum of 11 hours in a row in a maximum period of 14 hours (taking into account the stops), but then he must rest a minimum of 10 hours in a row.

For companies, the benefits are obvious, since with this system they can reduce delivery times by up to 50% of any merchandise, especially fresh food.

Radars located on each side of the cabin monitor the entire environment.

In addition, by dispensing with the driver, it also allows them reduce costs operating each trip and save 10% fuel.

However, at least for the moment, the professional chauffeur still necessary aboard the truck.

Whether for a safety issue or a practical one, these autonomous systems they are not 100% reliable yet to move in more urban environments, where many other factors already come into play.

The American company TuSimple has a fleet of more than 70 trucks with autonomous driving system.

The driver would still be essential both at the point of departure and arrival, and in the event of a mishap with the truck. For example, the breakage of a tire or a mechanical part.

And this means that the drivers who are on board the autonomous truck are subject to the same rest conditions and work than those who actually drive them.

Beyond this, the goal of TuSimple and other logistics companies is that their vehicles reach a level 5 of autonomous driving to dispense with drivers. It would seem to be a matter of time.