Very few will work on what they have studied, and will have to train throughout their lives 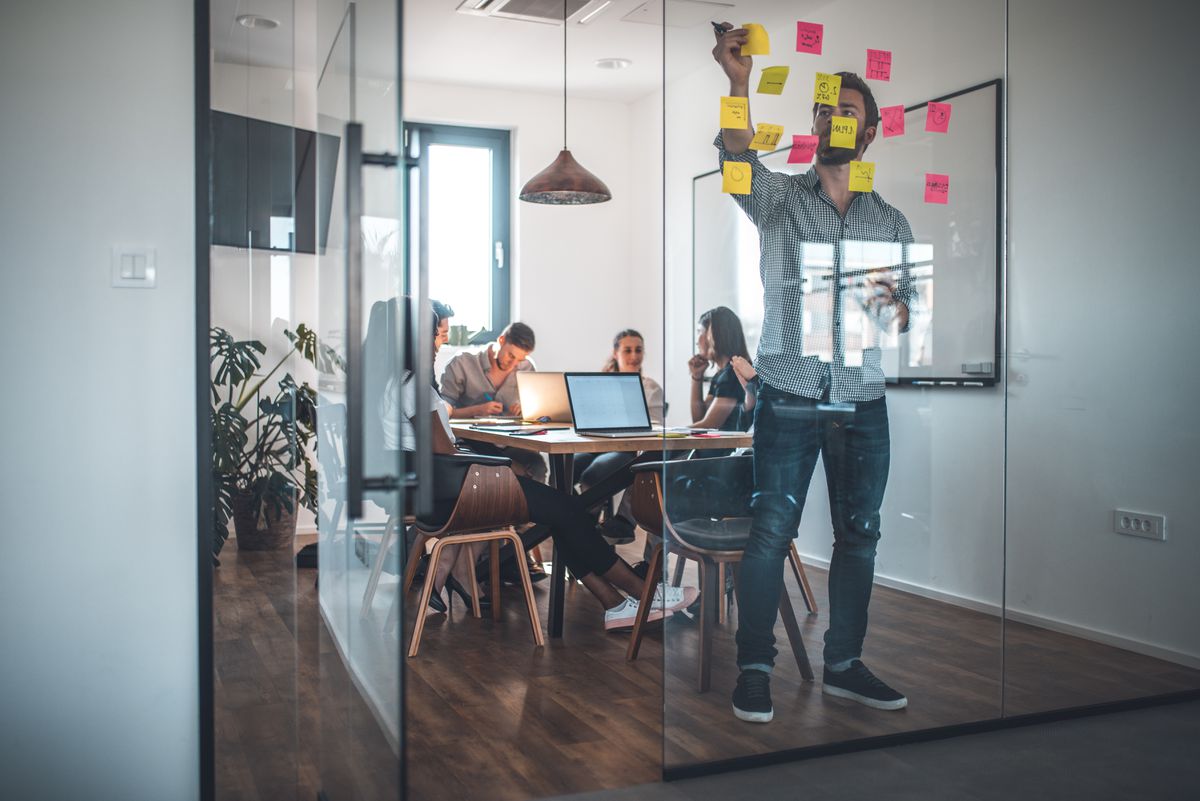 The work of the future is making its way at breakneck speed. The workforce is rapidly automating and the adoption of new technologies transforms the guts of companies. Emerging professions, related to the green economy, data analysis or artificial intelligence are gaining weight. Meanwhile, administrative secretaries, accountants or factory workers are replaced by computers. Within five years, 85 million jobs will be obsolete, but 97 million new profiles will be generated adapted to a professional coexistence with machines and algorithms, according to the World Economic Forum (WEF). “This is a warning that forces us to adapt and reinvent ourselves,” says Alexandra Hernández, Director of Talent at Santander Universidades y Universia.

Because in a world that is being transformed by giant steps, continuous training will play a fundamental role. “Training, and specifically that aimed at working people, is and will be the axis of the change in the production model”, highlight the experts from the State Foundation for Employment Training (Fundae). New layers of professional knowledge will have to be added to the skills that workers and companies already have. The need for lifelong training is related to the evolution of the demands of the labor market, which is not something new, says Agustín Carlos Caminero, deputy vice-rector for Permanent Training at UNED. The person who finished his law studies in 1970, explains this expert, had to update his knowledge every time new laws appeared; just like the person who completes the same studies in 2021 will have to do.

We are facing a different order, a great disruption that also implies new opportunities to innovate, improve and learn

Even more importantly due to the constant advancement of technology, “the person who completed his Computer Engineering studies in 1970 had to carry out an update procedure similar to that carried out by another person who obtains the same degree in 2021,” Caminero abounds. The most important difference lies in the fact that today there is a very wide variety of educational offers, both face-to-face and on-line, to meet such needs. This allows workers to stay current with lower cost and effort, all without leaving home.

“We are facing a different order, a great disruption that also implies new opportunities to innovate, improve and learn”, highlights Ana Sainz, general director of the Seres Foundation. It is clear that the pandemic has accelerated the rise of telecommuting, the widespread adoption of e-commerce and virtual skills, as well as the faster deployment of automation and artificial intelligence technologies, it highlights. On average, the world’s companies, according to the WEF, estimate that about 40% of workers will require retraining of six months or less between now and 2025. 94% of business leaders expect employees to acquire new skills in the work, a sharp increase from 65% in 2018.

The adoption of technology by companies will transform, between now and 2025, many of the current tasks, jobs and skills, acknowledges Mónica Pérez, Director of Communication at InfoJobs. Specifically, according to the annual study carried out by Adecco on economic and hiring prospects, 41% of companies plan to expand the hiring of professionals for specialized jobs.

In this sense, the effect that this process is already having on the hiring of technological profiles is notable. For example, the vacancies for developers of software they have doubled at the national level in recent months to exceed 6,000 positions offered; and it is the sixth most demanded job at the moment by the companies, according to the employment indicators of the month of May of the consultant. “The question, then, is: What sectors or professions will need to be nurtured more by these professionals in the coming months?”, Reflects the expert.

One third of professions have changed in 10 years

According to the WEF, there are several emerging professions that cover a wide range of sectors such as the green economy, data analysis or Artificial Intelligence. The organization’s analysis also records a growing increase in jobs in engineering, cloud computing and product development. Similarly, sectors such as the economy of caring for people, marketing, sales, content creation (such as social media), software and application development, as well as tasks focused on digital transformation. “Some studies confirm that, in the economy as a whole, 30% of the skills required in the current average occupation are different from those that were needed just a decade ago”, assures Àngels Fitó Bertran, vice-rector for Competitiveness and Employability of the UOC (Open University of Catalonia).

75% of Spanish workers are open to acquiring other skills, according to data from the Decoding Global Talent 2021 study, carried out by Boston Consulting Group in collaboration with InfoJobs

This situation puts in check not only the worker who must continue to be relevant, but also the companies that must guarantee that their collaborators are not obsolete, Bertran emphasizes. But looking at the training indicators, Spain does not stand out. In fact, it shows a critical situation compared to the rest of European countries in the premature abandonment of training, employment rates and the income distribution ratio, says Sainz, from the Seres Foundation. In these three indicators, its position is the weakest compared to the rest of the European countries.

The European strategy in terms of Continuing Training set as an objective to be achieved by 2020 that 15% of the working-age population was participating in continuous training programs. In Spain this percentage barely reached 10.5%, behind neighboring countries such as France (18.6%), the trend of this percentage showing a growth rate clearly lower than the rest of Europe.

But Spaniards are willing to train and acquire new skills different from those of their job. 75% of workers in the country are open to acquiring other skills, according to data from the study Decoding Global Talent 2021, carried out by Boston Consulting Group (BCG) in collaboration with InfoJobs in Spain. In fact, the highest percentages in this regard are found in the senior group (about 80% of workers between 41 and 60 years of age highlight the importance of this training), which traditionally have always had more difficulties to reinvent itself or, for example, adapt to new technologies.

Some studies confirm that, in the economy as a whole, 30% of the skills required in today’s average occupation are different from those needed just a decade ago

In this group, the national average (75%) is seven percentage points higher than the international average (68%); and Spain is above the rest of the European Union countries, with the exception of Portugal (80%). Thus, European powers such as France, the United Kingdom or Germany register percentages of 66%, 57% and 55%, respectively. But it is that, in addition, 73% of Spaniards affirm that they already dedicate a significant time to training. At this point, the highest data is found among young people between 21 and 30 years old: 8 out of 10 indicate that they constantly strive to acquire knowledge.

There is no doubt that new disciplines, such as artificial intelligence, the cloud, cybersecurity and blockchain they occupy more and more space in society. “But we must not forget, nor put aside human values,” explains Hernández, from Universia. “You have to combine human strengths (such as leadership skills, teamwork, creativity, ethics) with the advantages that technology offers: speed, scalability at work, the ability to predict, interpret data and find the solutions… in the end it is a collaborative process that seeks to enrich and add value ”. It is essential to combine more technical degrees with humanistic careers, which are part of the work methodologies agile of organizations, as they add value, allowing stakeholders to understand and anticipate needs, says the specialist. “These careers must adapt to the new digital reality and not forget to incorporate digital skills into their study plan.”