Verstappen: here is the photo that reveals the damage on Red Bull 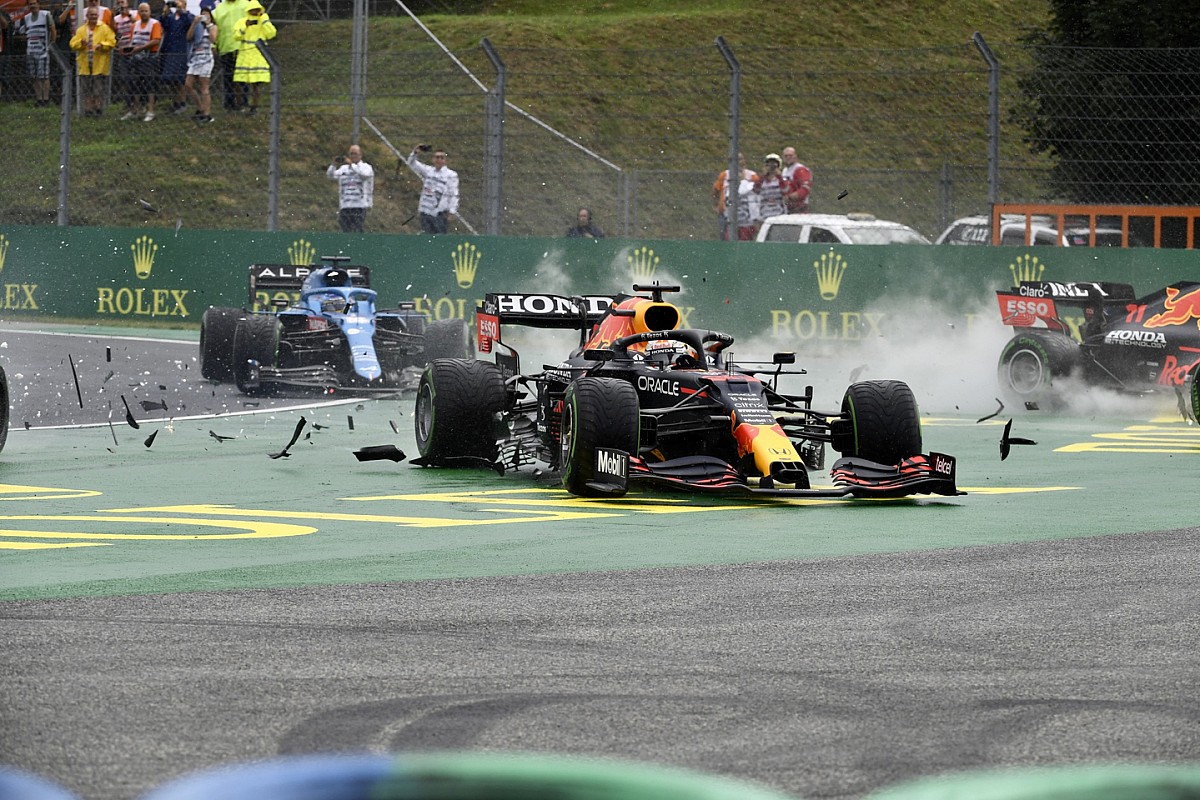 Although the red flag offered Red Bull the chance to carry out some repairs on Max Verstappen’s car, not all damage was repaired in time before the race resumed.

As Christian Horner said, at the end of a grand prix that saw Lewis Hamilton return to the top of the drivers’ standings, these were just too many.

If it did not appear from the television shots that the Dutchman’s Red Bull RB16B was excessively damaged, it was only after the race that it was possible to understand the extent of the initial crash triggered by Valtteri Bottas’ wrong braking.

Through a photo posted on the Formula 1 Instagram profile, which portrays Verstappen’s car from the front, it was possible to see how on Max’s Red Bull almost all the aerodynamic components on the right side were missing.

With the bowls stopped it was possible to understand how, without the opportunity offered to the mechanics by the red flag, in all probability Verstappen would have almost certainly been forced to retire.

During the interruption, the Red Bull men also worked on the radiator ducts, which were also damaged in the initial impact, and Horner explained what work the men of the team had done to allow Max to resume the Street.

“The temperatures were off the scale and they had to straighten the pipes and repair the right side of the car in a very short amount of time.”

In light of these considerations, questions arise spontaneously about the reliability of the third power unit assembled by Verstappen in Hungary. Honda will analyze the engine during the summer break.

Although the team was not worried about this immediately after the race, it is not possible to rule out any long-term reliability problems.

The Red Bull mechanics, as mentioned, paid much of their attention to repairing the radiator and related pipes, while the body damaged in the impact was immediately replaced.

The splitter and the bottom were fixed with tape, while the dangling elements of the bargeboard and sidepods were removed to prevent them from disintegrating with speed and vibrations.

To give you an idea of ​​the work that was done during the neutralization of the race, see the drawing above. The red section shows all the aerodynamic components that were missing on the car when it returned to the pit lane, while the yellow section highlights the parts that have been removed.

As we know, this area of ​​the car is very sensitive, and allows for remarkable performance, and the teams, aware of this, constantly update the bargeboard, bottom and deflectors.

The lack of so many components not only deprives the car of a good percentage of downforce, but makes the car damn hard to drive.

Verstappen himself at the end of the race underlined these difficulties: “The mechanics did what they could to get me back into the race, but I had suffered a lot of damage on the car after the accident and it was really difficult to drive. I experienced a lot of oversteer and understeer as a result of the loss of downforce. “

Verstappen crossed the line in tenth position, then became ninth after Vettel’s disqualification (pending the appeal by Aston Martin), but at the end of the season even a single point can make the difference between winning and losing a title. world champion.