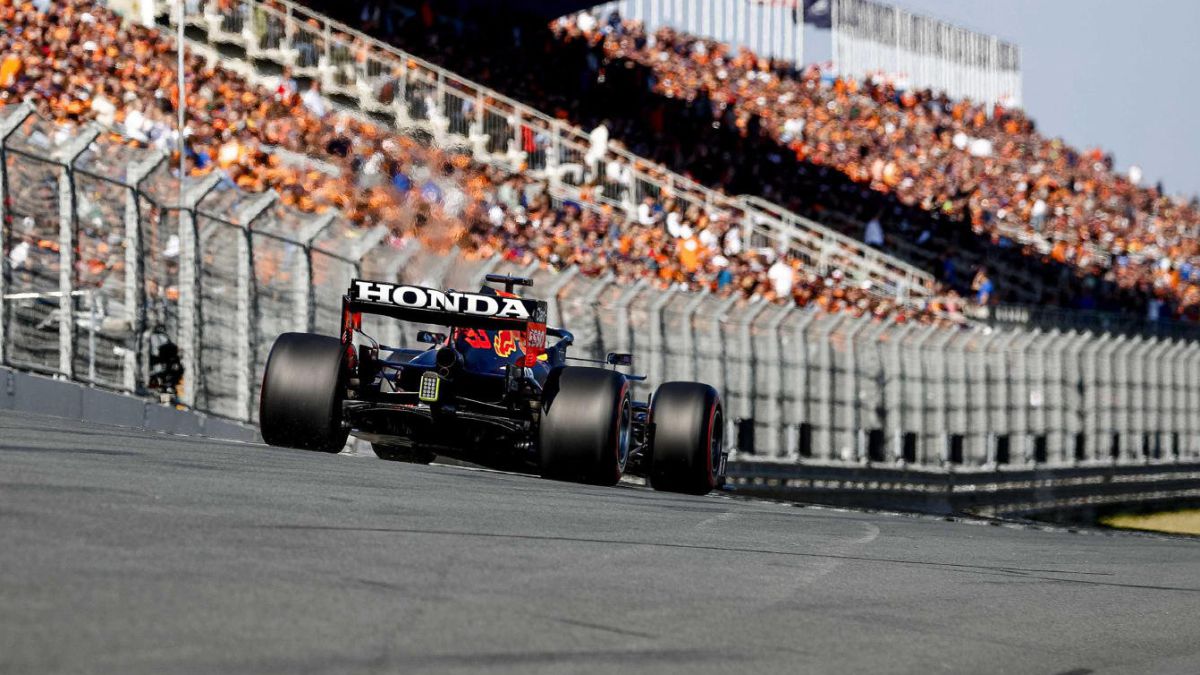 The Zandvoort entrances smell like a rock concert. There are 70,000 fans, they roar like half a million, they consume a lot more beer than water but they all travel by bicycle or with the ‘bonotrén’. The circuit is surrounded by protected dunes and the accesses are narrower than some of its curves, but it doesn’t get stuck either, because the Dutch are very organized. They only lose their composure when they see Red Bull arrive on the asphalt, setting records in all the sets, and celebrate each corner as if it were a decisive goal in the World Cup final. Above all, ‘Mad Max’ has come in a star plan: this Saturday he signed one of the most dominant poles that are remembered to him and arrives at the race in excess (3:00 p.m. CET, Dazn F1).

Verstappen swept, he did not lead all the sessions because he had the second attempt left in Q1, but he does not run alone. Hamilton flew under the checkered flag and invented a brilliant lap that put him just 38 thousandths behind the RB16B. The Englishman does not give in under the pressure of this pot that is Holland (the stands surround the ‘paddock’, it is impossible to isolate oneself). He will start second with Mercedes, just ahead of his teammate, Bottas, both in search of an unlikely ‘Maracanazo’. At this circuit, grid position is essential because these cars, so fast, big and heavy, cannot overtake you in such dangerous corners.

The ‘best of the rest’ was Gasly, who always, always delivers. He planted Alpha Tauri fourth and is the main candidate for the podium if something strange happens ahead. He will be chased by the Ferraris, Leclerc achieved a lap ten thousandths faster than Sainz. And where were those thousandths? On the wall: Sainz crashed in FP3 and the mechanics had to quickly repair the SF21 (there was no gearbox to replace) and rely on an express set-up. The Madrilenian did not lack confidence, but presumably if his Saturday had gone differently, the tenths that brought Ferrari to the podium a few hours ago would not have suddenly disappeared.

Alonso, ninth with the Alpine

Alpine did not collapse, but a brilliant Giovinazzi slipped in with the Alfa Romeo ahead of Ocon and Alonso. The Spaniard had a scare in Q1, he must have seen himself close to the walls, although he was in the top-8 during practically the entire qualifier. He will start ninth, ahead of Ricciardo.

There was no danger of elimination for the Spanish in Q2 because the session ended suddenly with two accidents, and their consequent red flags, caused by the Williams. First Russell, who lost the car and hit the rear with the protections. And then Latifi, who crashed more violently because he drew turn eight wrong (to avoid Hamilton, he touched the grass, through no fault of the Englishman). It did not resume because there were less than two minutes left and there was work to be done to repair the security elements and that suddenly eliminated, among others, a Lando Norris lacking pace. The third classified of the World Championship comes out 13th with the McLaren.

Kubica will be on the most competitive grid on the planet. He went to the circuit as an Alfa Romeo reserve and Kimi Raikkonen’s COVID-19 positive reported on Saturday morning forced him to put on his overalls and make his official debut at Zandvoort (and, quite possibly, repeat at Monza next week). With one hour of training, the 36-year-old Pole classified the car ahead of the two Haas and leaves just behind the two illustrious Q1 victims, Checo Pérez and Sebastian Vettel, with no final attempt due to poor traffic management. In case there were no incentives, one of the best drivers of his generation joins the party.