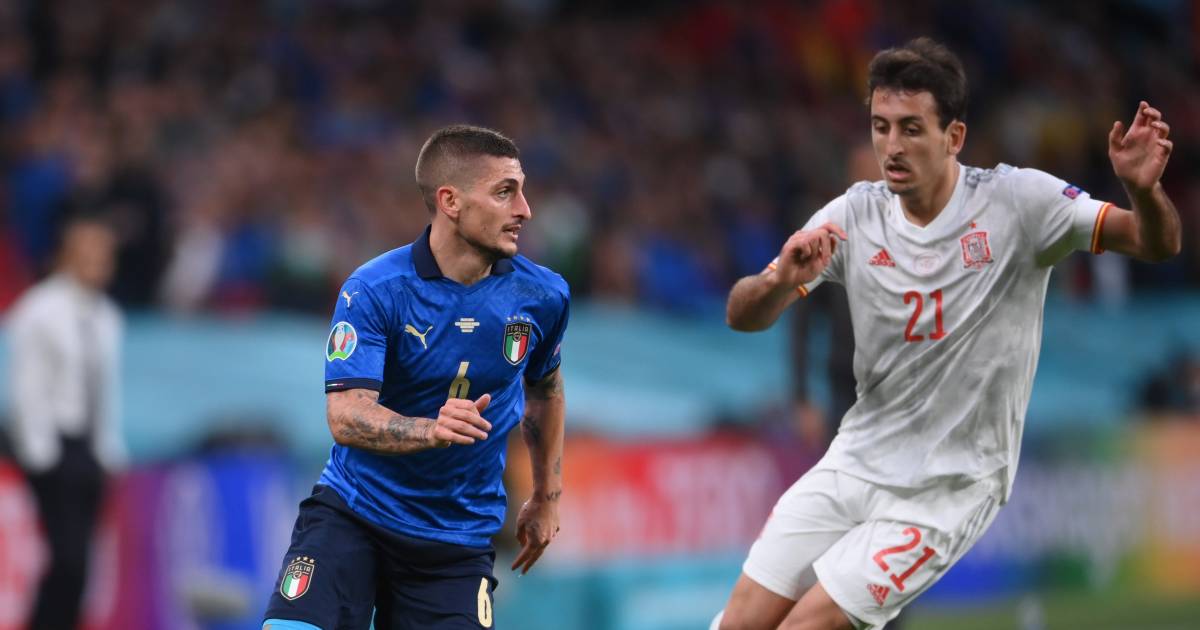 The European Championship final between England and Italy at Wembley on Sunday will be a match to remember. That is what Italian international Marco Verratti predicts. “I expect an epic battle,” said the 28-year-old Paris Saint-Germain midfielder. “Playing the European Championship final is a childhood dream come true. Both countries can make history.”

The Italians are on the hunt for their second European title, after the triumph in front of their own audience in 1968. After a weak period, the ‘Azzurri’ led by national coach Roberto Mancini are now unbeaten for 33 games in a row. ,,I notice that there is now a lot of enthusiasm around the Italian national team”, said Verratti. ,,Before the tournament, there was little faith in us abroad, but now they all see our strength. Italy is back at the level where we need to be.”

England won the world title in their own country in 1966, but could never progress beyond the semi-finals at European Championships. This time, the English team does have home advantage, in a stadium filled with approximately 60,000 spectators, where only a few thousand Italian fans will be present. Björn Kuipers is the referee at Wembley.

Verratti: ,,I think England have done a good job in recent years. They are in the final for the first time and that says it all. They have only conceded one goal. It is therefore a balanced, strong opponent. I look forward to playing against them in such a beautiful stadium. It’s a wonderful final. These matches are not too difficult to prepare, because you know that everyone will give it their all. We should not look too much at the opponent and first of all at ourselves. The team that can play free from the pressure is the biggest contender for the European title.”