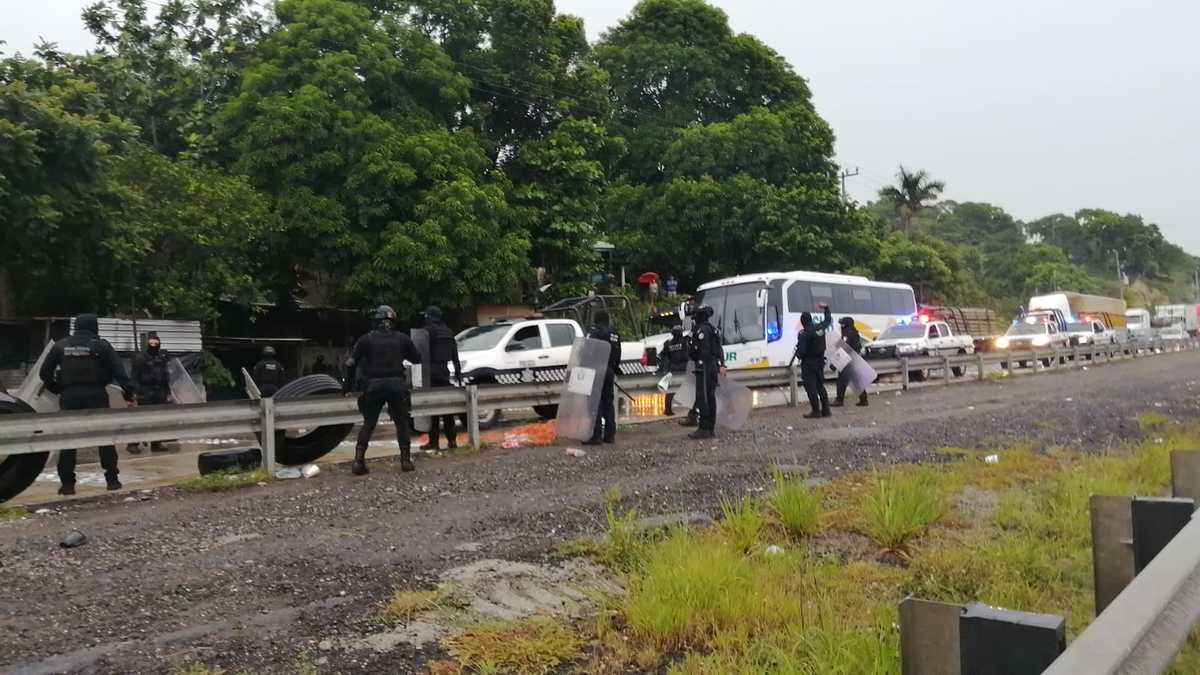 State police officers evicted a group of people who were blocking the Coatzacoalcos-Villa Hermosa highway, at the height of New Teapa. Following the incident, it was reported that five reporters were beaten by police officers.

The anti-riot elements opened the vehicular passage that since Friday had been closed by relatives of Adolfo García, who was detained in the community of New Teapa. The communicators of the municipality of Nanchital and of Coatzacoalcos they covered the fact when they were beaten by the policemen.

Lafita Leon, communicator from Coatzacoalcos, explained that he was barely approaching the point where they were the cops when they beat him and they took away the phone with which he broadcast live.

In the eviction they reported shots in the air to disperse protesters; some motorists tA.Mthey were well attacked.

The reporters only presented minor injuries and anticipated that they will present a Report the theft of your equipments work and authority abuse.

Aggressor policemen were transferred to Xalapa: SSP of Veracruz

The Ministry of Public Security (SSP) of the state reported that five people were detained by the road obstruction, while state police elements they were transferred to Xalapa for the alleged attacks.

The SSP, through the General Directorate of Internal Affairs, indicated that the investigations were initiated to determine the corresponding responsibilities.

???? #SSPInformaRegarding the operation to liberate the Coatzacoalcos-Villahermosa highway, which was blocked for more than 12 hours, the SSP reports the arrest of 5 people who obstructed the communication routes. pic.twitter.com/aPT0eDbPiq