The arrival of Joe Biden to the White House has multiplied expectations in Venezuela regarding the beginning of a new diplomatic approach between Washington and Caracas and the possibility of a relaxation of the sanctions that the Donald Trump Administration imposed on Chavismo. One of these restrictions consists of the “prohibition” of the exchange of Venezuelan crude for diesel fuel from abroad, necessary to transport food and other essential activities for the lives of citizens. But a careful analysis of the measures shows that it was not formally a ban, but a discretionary decision of the former president and that the best thing for Venezuela is that the United States simply does not do anything about it.

In January 2019, Trump tightened the sanctions against the government of Nicolás Maduro, which he called “corrupt,” and claimed that the measures were necessary so that “they can no longer loot the assets of the Venezuelan people.” That decision blocked all the properties and interests of PDVSA, the state oil company, which are subject to US jurisdiction and prohibits US citizens from transacting with them. If a company wishes to do business with PDVSA, it can do so, but the proceeds from the purchase of Venezuelan oil are held in a bank account in the United States that belongs to Citgo, a subsidiary of the oil company in that country. This account is blocked by the US Administration, therefore, the Maduro government stopped having access to the funds.

That was how the barter began. While it couldn’t sell its oil for cash, Venezuela could trade its crude for diesel. In many cases, it did so to pay off debts with refining companies, so the United States did not interfere. By August of last year, 80% of scheduled Venezuelan crude deliveries abroad were through diesel exchanges, according to information from Bloomberg. It was then that the Trump administration lost patience and gave the refiners a deadline: they had until October to make the exchanges. The barter had to end.

This request, however, is not formally included in the sanctions, so an expectation that the Biden administration will allow barter again is not technically feasible. Washington’s previous decision was discretionary and if the State Department under the new Administration wanted the exchanges could continue. It would be enough that the new US authorities, who took office with Biden on January 20, did not interfere.

“Nicolás Maduro is a dictator,” State Department spokesman Ned Price said at a press conference on February 3. “The primary goal of the Biden-Harris Administration is to support a democratic and peaceful transition in Venezuela through free and fair presidential and parliamentary elections ”, he pointed out. When asked if contact with the Venezuelan government will be sought, Price only said it would not be soon.

The issue of exchanges is one of many issues associated with US sanctions, says Patricia Ventura, director at IPD Latin America, an energy consulting firm. “We did not expect the sanctions policy to be adjusted immediately, because there are other very clear priorities for the Biden Administration, but the relaxation of sanctions for humanitarian reasons will be addressed sooner rather than later. This would open the door to resume swaps diesel ”, says the specialist.

The anxiety and expectations around the barters are due to the importance of this fuel for Venezuela. In an online forum coordinated by the non-governmental organization Washington Office on Latin America (WOLA) on February 12, the representative of the Chamber of Transportation of the Center of the Country in Venezuela, Marien Vielma, said that 95% of the supplies in the country are transported by land, so they use diesel. “I would say that 100% of goods, merchandise, food, medicine, all essential goods and services are dispatched, they are distributed to vulnerable areas and the entire country by land,” said Vielma.

If in two or three months a solution is not found to the diesel shortage that the country currently suffers, transportation will be paralyzed, Vielma said. “The time comes when we have to find solutions because we have a shortage that is not discriminating sectors that are covering the entire economy of the country,” he said. “This year we see that the consequences will be very strong if in the next quarter we do not resolve, if the national government does not find a way out, that is, the entry of diesel here.”

Add to that the lack of data, since PDVSA has not published information on its diesel inventories. Estimates of how much diesel the country has left to operate varies. It is known that Venezuela imported that fuel until November last year and that the authorities are trying to increase the installed refining capacity, which is currently at 13%, says Ventura.

Venezuela had the capacity to refine all the fuels it needed, explains economist Francisco Rodríguez, but in recent years the lack of investment, qualified personnel, corruption and the sanctions imposed by the United States have been mixed to bring down the production of its refineries. “There is plenty of evidence that the sanctions have affected the operation of the oil industry and refining capacity.”

“Venezuela was a country that was quite integrated and its oil sector was quite integrated with the North American economy. So the inputs that Venezuela receives for its refineries were mainly imported from the United States and as a result of the oil sanctions, those ties were broken. And when you are sanctioned by the United States, it is not so easy to get these things sold to you elsewhere, ”says Rodríguez.

It is not about the Biden government now “turning a blind eye”, says Rodríguez, because that could suggest that there is some irregularity or violation of the law that they have decided to ignore. While Maduro is evading a ban imposed by the United States, what he is doing is not strictly illegal. “What happens is that the United States has the ability to punish the companies that do business with it, with its own instruments, which are discretionary, they are instruments of policy.”

Rodríguez, through his foundation Petróleo por Venezuela, advocates the creation of a mechanism in which companies can exchange Venezuelan oil for food or medicine without being sanctioned by the United States, which would require that the distribution of resources be supervised by the international community. “This should not be an issue only with regard to diesel, it should be an issue that is discussed more widely with everything that affects the Venezuelan humanitarian crisis,” says the economist. 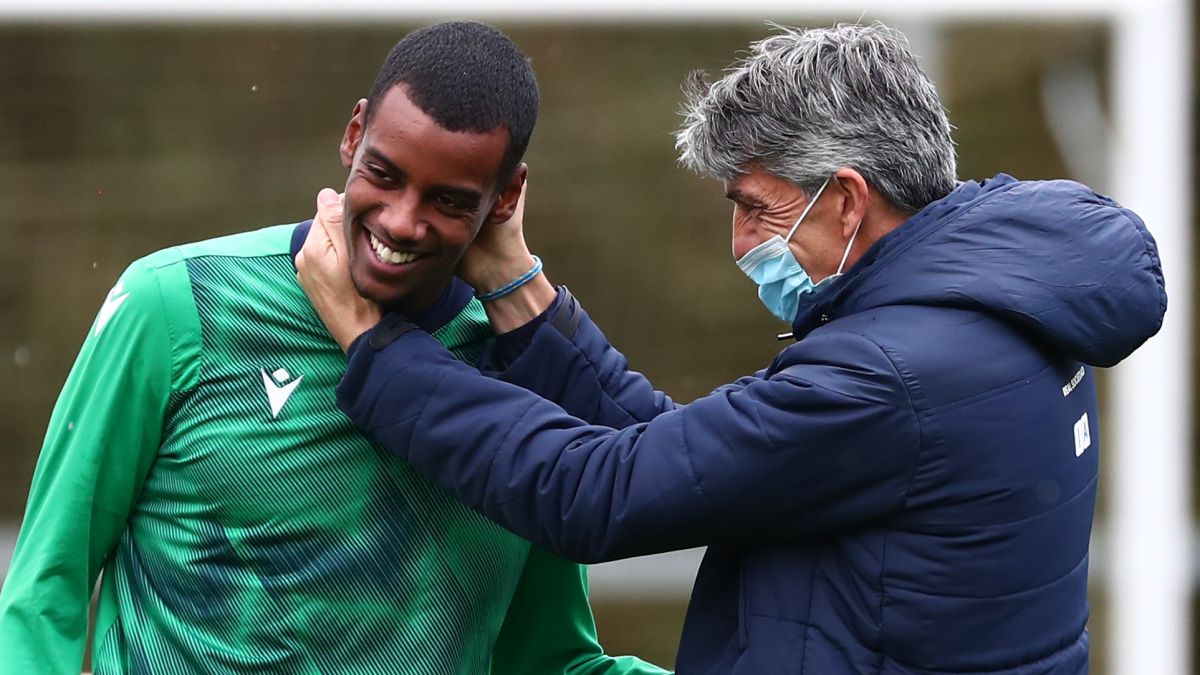 PM KISAN: Government made a big change in the rules, know how farmers will get Rs 6000 Per month from now