Venezuela: the absence of Nicolás Maduro in the military acts, discontent or a sense of threat? 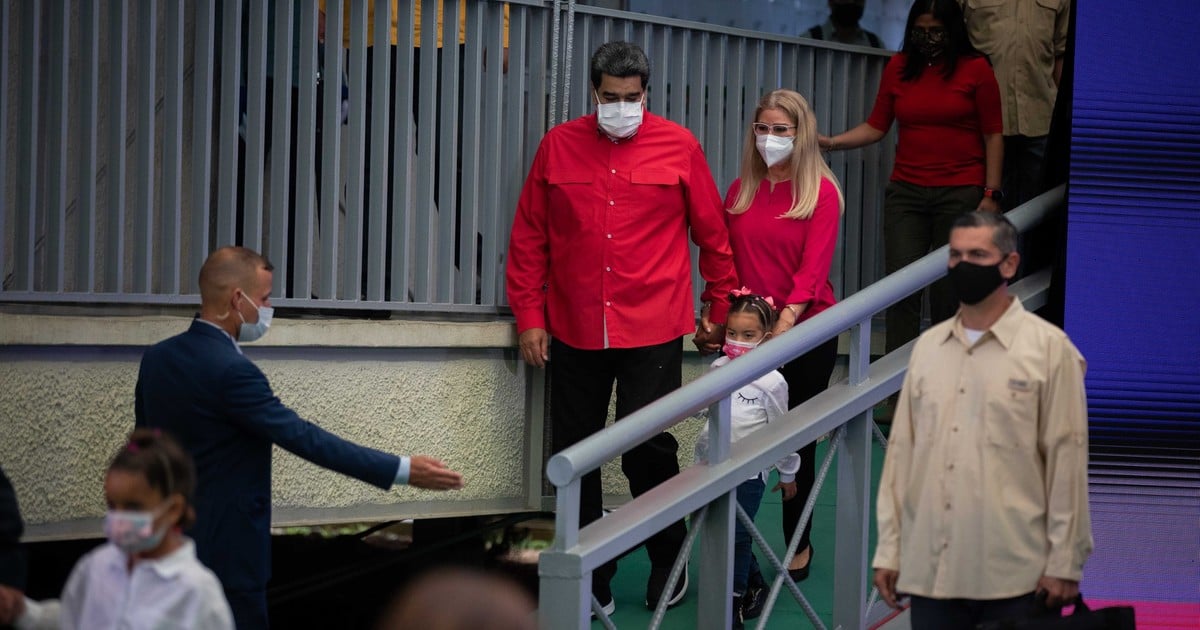 The president of Venezuela, Nicolás Maduro, has been the great absentee in four military acts of the Armed Forces which were held in the last two months and which, in the opinion of experts, responds to the crisis in the country – extended to the military sector – and to the sense of constant threat felt by the president.

For the historian and expert in military matters Hernán Castillo, the non-attendance at these events is the result of the development of a problem in the military institution and an expression of the “discontent” that is lived there.

“The mere fact of not attending is serious, it is an important expression of what moves there, of discomfort, the discontent that exists in the institution, “Castillo explained to Efe.

In addition, he said that they are acts where the presence of the president is essential “and the fact that he does not go to the traditional events of the different forces it is already an indicator of the crisis there“.

However, for the director of the NGO Control Ciudadano, Rocío San Miguel, the reason for the absences can be based on the sense of constant threat that Maduro lives with, which leads him to publicly express that they want to kill him, although he accuses external agents such as the United States and Colombia of these intentions.

However, San Miguel assured Efe that the president “has an honor guard who has all kinds of sophisticated media as to provide security. “

“Maduro has constructed a discourse of an internal and external enemy that persecutes him. This discourse began to be constructed in 2014 with a content that has suggested it to the point that it keeps him isolated from contact with people “, explained.

He was not present at the military parade for the Battle of Carabobo and he stayed in Caracas to attend the summit of the Bolivarian Alliance for the Peoples of America (ALBA). On July 5, the day the independence act was signed, he was there, but later he withdrew from the parade.

Nor did he attend the events commemorating the birth of Simón Bolívar and the military event for the celebration of the Naval Battle of the Lake -both on July 24-, and on August 4, the day of the Bolivarian National Guard (GNB), he sent a message in the distance.

Three years ago, when Maduro was in the act of celebrating the 81st anniversary of the GNB, had to be evacuated due to an explosion that occurred at the site and that it came, according to the Executive shortly afterwards, from “drone-type flying devices containing an explosive charge” thrown at him.

Subsequently, on several occasions, the president assured that the United States or Colombia they wanted to kill him using various formulas, but no evidence was ever provided to show the veracity of these claims.

“(Hugo) Chávez did not have it after 2002 either, he did not allow any ‘unauthorized’ military officers to will approach you within 30 meters“he added.

He indicated that the military leadership accept without qualms these absences, “but inside the FANB it is whispered. Middle and junior managers appreciate it as a sign of fear.”

But Castillo said that the military institution is “so destroyed” that he does not believe that there is any pronouncement on the matter.

Added that the economic crisis also affects the sector. “The social services of the Armed Forces, like the rest of the country, are destroyed (…) their own salaries are also affected by hyperinflation,” he said.

The situation of the Armed Forces is “quite delicate” And that is why, he explained, Venezuela will experience a process of anomie, where civil society does not have enough political force for a change, but neither does the military.

San Miguel pointed out that “the problem with Maduro is that he has parked himself in a permanent scenario of serious threat to his personal integrity. This is a very Cuban scheme. Perhaps there are interests around you to keep you isolated. It is a way of controlling power from the shadows, “he said.

For Castillo, one of the big problems is that there is little reliable information, “but a president does not stop attending such events for free and folklore; some reason must have, some evidence has to have of some kind, or if it does not exist, some situation has to create “.

However, he stated that these situations will continue to occur, but, “in any case, some information must have, because the malaise is strong in the Armed Forces “.