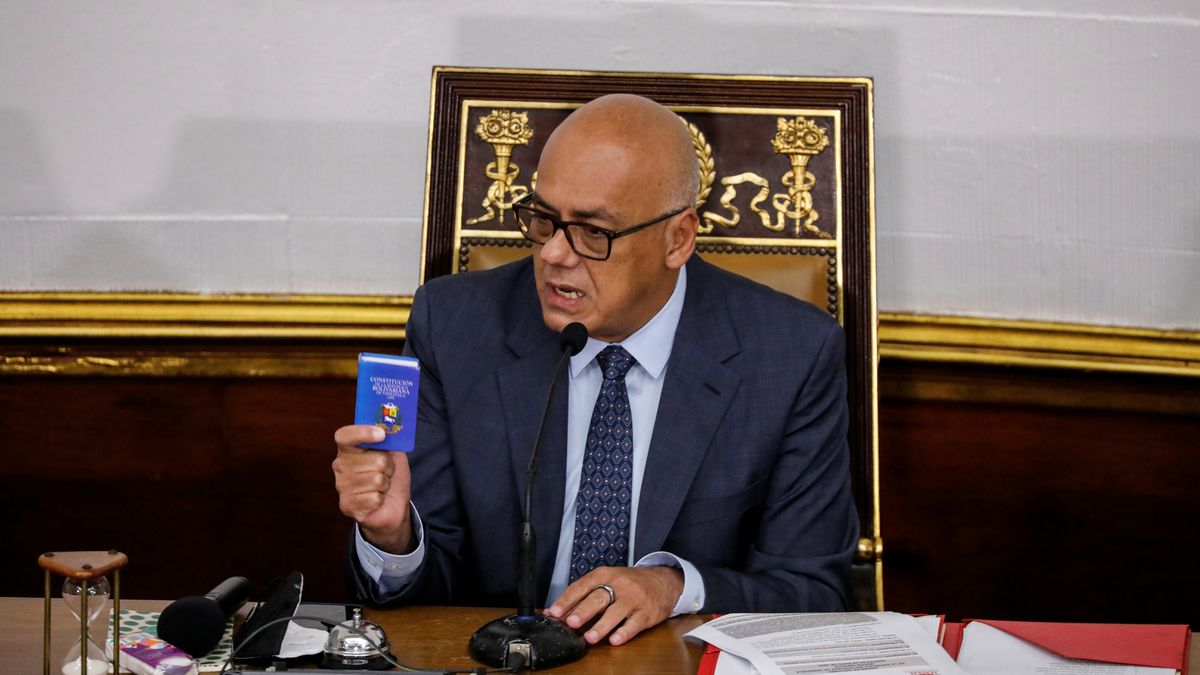 Venezuela has renewed the electoral authority and for the first time in almost 18 years, at least two of the five main rectors of the National Electoral Council are not directly linked to Chavismo. The significance of this move will depend on the will of the Government to respect the agreement, the trust it generates among citizens to regain the credibility of the vote and the response of the international community.

The opposition presence in the CNE is the result of the efforts of some sectors of civil society and the opposition and the more moderate Chavismo. This Tuesday, as head of Parliament almost totally Chavista, Jorge Rodríguez presided over the session in which the lists were finally made official. In a process quite adjusted to the norm, despite the original flaws of the Legislature, the nominations were analyzed and a new body of rectors was elected that will be installed this Wednesday, May 5 and will be in charge of the electoral processes for seven years. The calendar includes the election of governors and mayors and a possible new attempt to recall the mandate of Nicolás Maduro in 2022.

The ruling party is represented in the CNE by Pedro Calzadilla, historian and former Minister of University Education of Hugo Chávez and Nicolás Maduro; Tania D’Amelio, who has continued her mandate since 2009 as a former member of the United Socialist Party of Venezuela; and Alexis Corredor, a member of the Socialist League, closely linked to Maduro, and also to the PSUV. For the opposition are Enrique Márquez, a seasoned politician and former vice president of the National Assembly who conquered the opposition in 2015, separated from his Un Nuevo Tiempo party for betting on electoral and negotiated outputs; and Roberto Picón, engineer and technical advisor to the Democratic Unity Table and political express, arrested in 2017 for alleged treason.

In the conformation of the new CNE, the presence of four of those postulated by the so-called Civic Forum, such as Picón, is relevant. This coalition of social organizations has tried to open a third way, away from the opposition led by Juan Guaidó. The opposition leader has put together a new platform, with the anchor still set in the international community, to call for free presidential and legislative elections.

It is not the best CNE, but it is a preferable one, says Luis Lander, director of the Venezuelan Electoral Observatory, who hopes to see the distribution of the charges and their performance before rejecting it outright. “The signal they are sending is not to give cheers, but it is obviously positive and shows a certain willingness to establish dialogues,” says the analyst. “This, without a doubt, is part of a stream of concessions and signals being given by a government that is increasingly isolated in the international arena. Now we have to see how society responds to this. And you have to be very careful and cautious, because there is always an extremely polarized dynamic among the political elite ”.

Juan Guaidó has responded quickly to the new appointment. “The consequences of wanting to impose an electoral referee will be the same as in 2018 and 2020: drag Venezuela into a major disaster,” he wrote on Twitter. Although he does not know the appointment, he maintains the demand for free, fair and verifiable elections with international mediation. From the so-called Unitary Platform, which supports it, they also rejected a negotiation that they considered “made from behind and without the participation of the vast majority of legitimate democratic factors.” “The partial negotiations respond to Maduro’s strategy of trying to produce fractures in the democratic ranks and in the international community,” the platform’s leadership said in a statement.

At this point, Lander sees difficulties, since the sectors of the opposition that have had the most dialogue with the United States and the European Union are those that, in his opinion, see things in black and white. “The ability of the international community to understand nuances remains to be seen,” he says.

Opposition leaders such as Henrique Capriles Radonski, on the other hand, consider that what happened was “an essential first step to open paths in the constitutional and democratic reconstruction of Venezuela.” In a statement, Capriles warned that the changes require more than a counterweight on the electoral referee. “This is an opportunity that occurs in the midst of a stalled political crisis. It is about creating spaces of trust that rescue, for all Venezuelans, the value of the vote as a mechanism for choosing and solving the prevailing disaster ”.

Last August, Capriles Radonski made separate ranks in the position of his Primero Justicia party and the bloc that supports Guaidó to bet on abstention for the parliamentarians of last December. A negotiation with the government allowed the release of several dozen political prisoners, but it did not manage to improve the conditions for electoral participation, so he ended up withdrawing from the process.

EEG: Alejandra Baigorria cries after having to return to the Combatants

80 years old | The work of architect Reijo Jallinoja can be seen in Pikku Huopalahti’s Terrace House and Pasila’s formula: “I don’t think Itä-Pasila is bad at all”

‘The Mitchells against the machines’, pure fast-paced fun