Vandal damaged tombstones at a mass grave in the Leningrad region 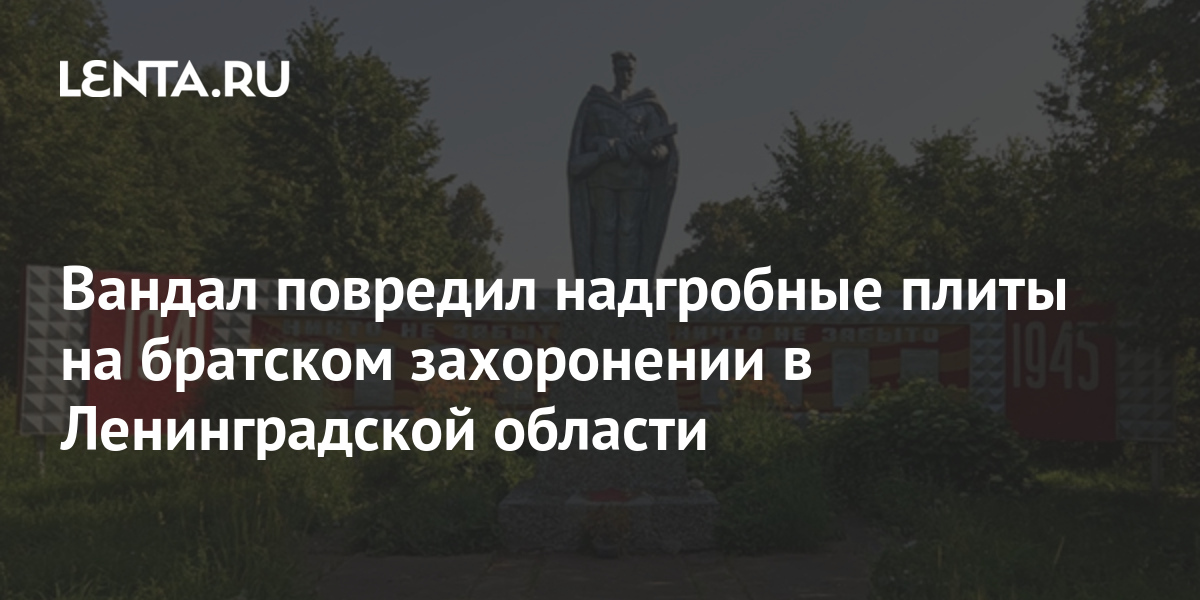 An unknown person damaged the memorial with the graves of Soviet soldiers in the Leningrad region. It is reported by Interfax…

The incident took place in the village of Baryshevo, Gremuchiy lock, on August 13. According to an eyewitness, the vandal shot at the tombstones at the mass grave, knocked down the wooden cross, removed the star from the top of the obelisk and threw it aside.

The Investigative Committee of Russia for the Leningrad Region confirmed the relevant information. “It has been established that three tombstones are damaged in the form of through holes and cracks,” the department said.

Law enforcement officers opened a criminal case under Part 2 of Article 243.4 of the Criminal Code of the Russian Federation. It is noted that material evidence was withdrawn from the scene.

It is known that 48 Soviet soldiers who died during the Soviet-Finnish and the Great Patriotic War are buried in a mass grave in the village of Baryshevo.

A similar situation occurred in February 2020 in Turkey. Vandals desecrated the graves of Christians, including those from Russia, at the Ortakoy cemetery in Ankara. Six teenagers turned out to be violators. The cemetery guards detained the vandals and handed them over to the police.