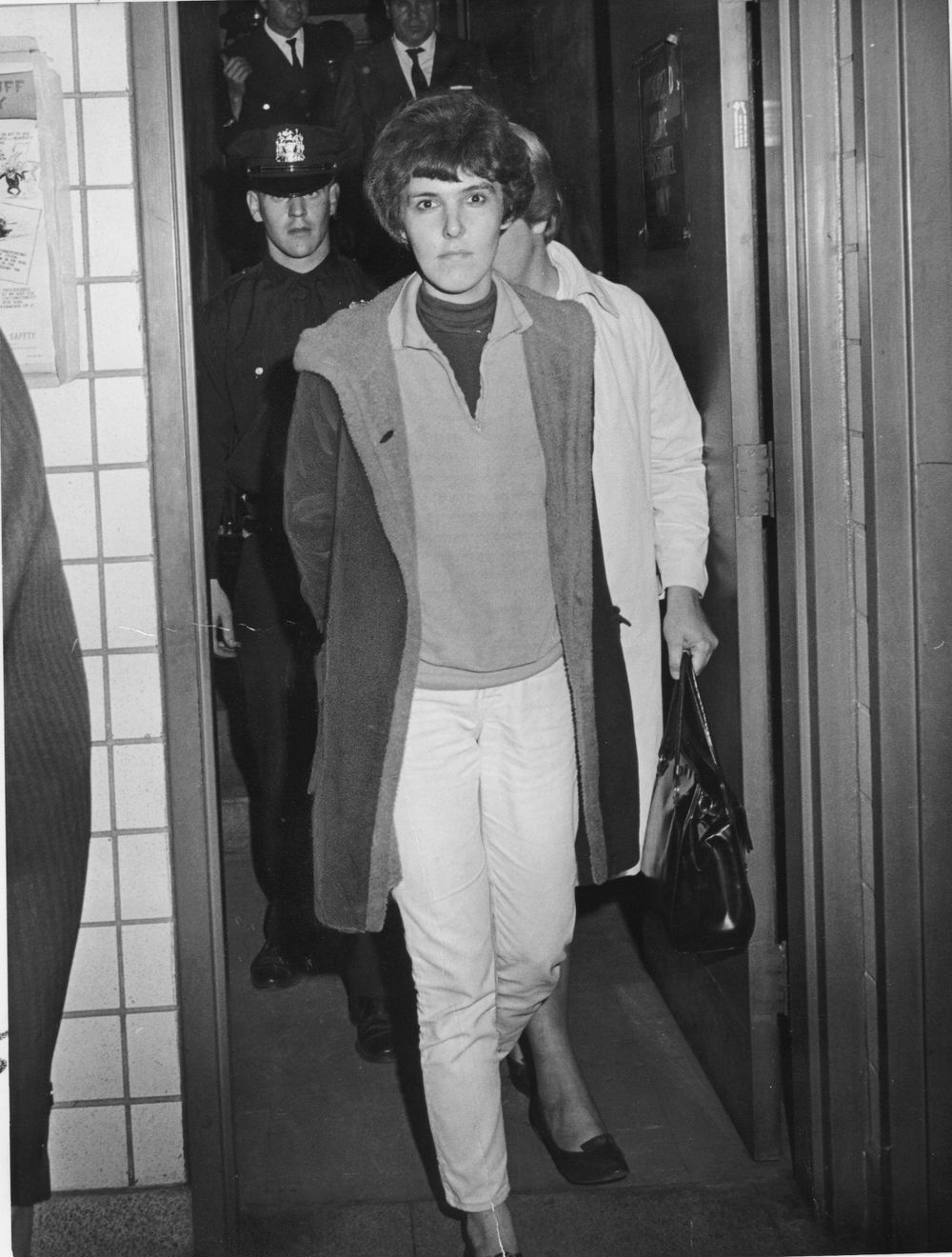 Twenty years after shooting the artist Andy Warhol in his Factory, in the spring of 1988 Valerie Solanas’s body was found in a lumpen motel in the Tenderloin neighborhood of San Francisco. She had been dead for several days. The sordidness of that ending did not clash with the harsh life of the author of the SCUM Manifesto. And it is that bleak and sinister scene of his death, precisely, the starting point of the recently reissued novel about the life of Solanas The Faculty of Dreams (Nordic), by Swedish author Sara Stridsberg.

Solanas is a mysterious and strange muse, too rare and extreme for the radical circles of the sixties, she did not fit into Warhol’s circus of artists and misfits either. Norman Mailer called her “the Robespierre of feminism.”

From the first sentence of your SCUM Manifesto Solanas (New Jersey, 1936- San Francisco, 1988) called for the destruction of the Government, the elimination of the monetary system and the destruction of the male sex. He was not beating around the bush. SCUM, literally scum in English, is the acronym for Society to Cut Up Men (commonly translated as Organization for the Extermination of Man), which Solanas described with fury and a strange sense of humor. He tried to offer a blunt and radical answer to some of Freud’s theories.

In 1967 the author herself distributed self-published copies of her manifesto through the streets of New York before the publisher Maurice Girodias rescued the text in Olympia Press. It was the same publishing house specialized in avant-garde literature that had put out the first edition of Lolita, by Nabokov.

Solanas also gave Andy Warhol a play, but that came to nothing and, when she went to claim the manuscript, the artist claimed that he had lost it. He invited her to participate as a secondary in a couple of the films that he shot with his tribe at the Factory in Union Square. And it was right there where in June 1968 Solanas shot the artist and gallery owner Mario Amaya, who was visiting the city.

Amaya remembered the incident of that very hot afternoon in the oral history book Eddie, from Jean Stein: “When I heard the shots, I deduced that someone was shooting at us through the windows. I fell to the floor. I heard Andy yell, ‘Oh no, oh no, Valerie.’ And I thought, ‘Oh my gosh, they must have shot that girl I was talking to.’ The next thing I remember was looking up and seeing what was going on and this woman standing on top of me with the gun pointed at me. He was wearing pants, a jacket, and his hair down. Fortunately, he had poor aim ”. Amaya added that the gun was tiny, “like a girl”, and concluded the story: “Andy and I used to say that we had been the first victims of feminism”.

Solanas turned herself in at the Times Square police station that afternoon, and feminist attorney Florynce Kennedy rushed to represent her, in what was almost the first close contact of feminist groups with Solanas. Before being tried for the shooting, she was transferred to the psychiatric wing of Bellevue Hospital and when the trial was finally held, she was sentenced to three years. Part of the time she was locked up in a psychiatric facility.

Valerie was lonely and marginal, she had a harsh childhood marked by the rapes of her father from the age of seven and the prostitution that she practiced since adolescence. With a degree in psychology from the University of Maryland, she dropped out of her doctorate and turned to SCUM text. He had no followers, “he came too early or too late to each scene,” says academic Avital Ronell in the prologue to one of the recent editions of the Manifest.

In the 1990s Sara Stridsberg came across that same feverish text from Solanas when she was spending a few months in Cambodia visiting a friend. The child prostitution he saw in the streets created a strange echo with the old and furious writing. He couldn’t release it. That’s where the idea of The Faculty of Dreams (Nordic), the book in which he imagines the life of Solanas, an existence of a poor devil against whom he rebelled and before which he succumbed.

“I thought it would be boring, but the Manifest it’s funny, scary, dark, strange, anti-pedagogical, a political satire like the ones Jonathan Swift wrote, in which he describes men in the same terms that women have been described so many times, as incomplete human beings, ”he explains. by videoconference from Stockholm Stridsberg. “I couldn’t resist the strong paradox that Solanas entails. She was very intellectual, but whore; ultra-feminist, but without contact with feminist groups; pacifist, although he shot Warhol; she hated men, but she made a living as a prostitute. He did not believe in God, in the family, in politics or in psychology, in everything that matters to the rest of us, “he says.

Originally published in 2006 —also in Spanish a decade ago with the title The school of dreams, by 451 Publishers — the novel earned Stridsberg the prestigious Nordic Council Award, and she later transformed it into a play. Last year The Faculty of Dreams It was translated into English and published with great success in the United States and Great Britain, where it was a finalist for the International Man Booker.

“I’ve written five novels later, but Solanas always comes back,” he says. “In Sweden she was not known but with me that changed, and they began to see her as a kind of Medea.” The writer admits to feeling a bit removed from the character today. “There is something strange, that book is my youth.”

When writing Lto the faculty of sleep, Stridsberg didn’t want to get bogged down in files, but to capture Solanas’ tone. He traveled through the cities where she lived and stayed in that filthy motel where she died. She also stopped at the Chelsea Hotel in New York, the only place where she was remembered. “They were still furious, they spoke of her as that violent woman, but they had a portrait of Sid Vicious, who murdered his girlfriend in one of the rooms. The violence of a lonely and poor woman seems to have been more hostile to them ”, he points out. “She had that strength and that fire. I’m interested in characters that don’t fit in, ”he explains. “Today I see the danger that a terrorist has in society, but my heart will always tremble with minors who suffer abuse.”

Solanas warned in his manifesto: “SCUM’s activities will be criminal not for simple civil disobedience, for openly violating the law, but to go to jail, to draw attention to injustice.” He was true to his word, but curiously, his attack on Warhol did not give 72 hours of headlines. Two days after the Factory shooting, Robert Kennedy, a new candidate for the Democratic party primaries, was killed in Los Angeles. And Warhol survived, but according to his Factory collaborator Taylor Mead, Valerie’s shots with his tiny pistol killed him: “He died when Solanas shot him.” 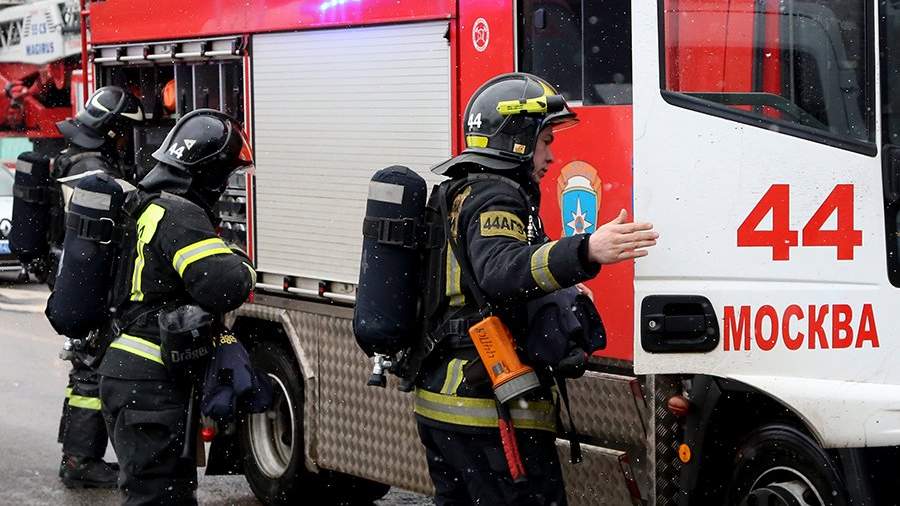 AstraZeneca Corona Vaccine: These side effects are known

Ukraine announced a threat from Crimea

“All the points are decisive at this point”