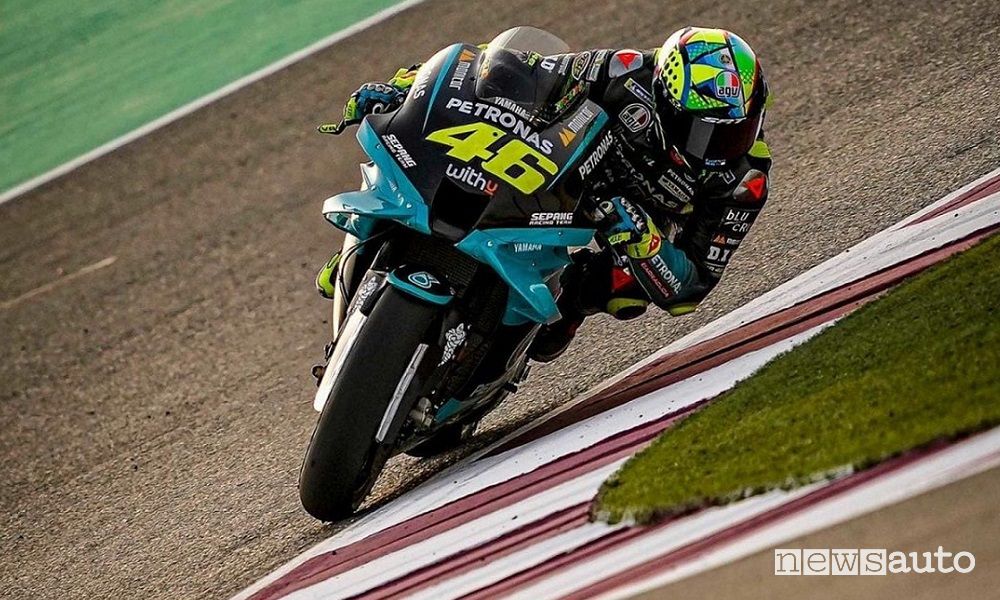 Valentino Rossi announced his retirement from MotoGp, the nine-time World Champion leaves the MotoGP at the end of this season after 26 years e 115 wins in 423 races. The announcement was made by the Doctor during a press conference organized on the eve of Styrian Grand Prix in Austria.

At 42 and over 30 years of racing in the MotoGP world championship, Valentino Rossi announced the withdraw. The Doctor leaves the MotoGP after having conquered nine world titles (five of which were won consecutively between 2001 and 2005).

Valentino Rossi was also the only rider in the history of the world championship to have won the title in four different classes: 125, 250, 500 and MotoGP.

Also in the world championship, from his debut in the 125 class in 1996, to the 2010 Mugello Grand Prix in MotoGP, Rossi he has never missed a race.

“As I said during the season I make my decision after the summer break and or decided to stop after the season. This will be my last half season – the words of Valentino Rossi with whom he announced the retirement – it’s a very sad time, it’s hard to say that I won’t be racing next year.

I’ve been doing this for 30 years and next year my life will change, from a certain point of view. It was great, I had a blast. I am 25 or 26 years in the world championship, it was great ”.

Valentino Rossi, the beginnings with Aprilia

Valentino Rossi’s fantastic career began in 1996 at 16 on the Malaysian track of Shah Alam, on a Aprilia RS125 from Aprilia. The first victory came in Czech Republic GP in Brno while the following year he won his first world title in the 125cc class, thanks to 11 victories in 15 Grands Prix.

In 1998 the first jump in 250 with Aprilia where he was immediately the protagonist, with three podiums in the first five races and the victory at Assen. In 1999 he graduated as World Champion and in 2000 has passed into the queen class 500, riding the Honda NSR500.

Here his legend began with the first victory he came to Donington Park. In 2001 the first of the 5 consecutive world championships, with 11 wins out of 16 races, beating his great opponent Max Biaggi.

In 2002 the MotoGP, immediately under the sign of the Doctor who became World Champion. In 2003 came the encore and in 2004 took up the challenge with the Yamaha. Valentino Rossi took a slow bike and turned it into a winning weapon with which he also won the World Championship in 2004 It is in the 2005.

2006 and 2007 were two unfortunate years but in 2008 and 2009 he returned to the top of the world again. In 2011 he moved to Ducati, where he failed to repeat the Yamaha miracle of a few years earlier. In 2013 he returned home to Yamaha returning to win a race ad Assen.

In 2014 he was vice world champion while in 2015 he went very close to the tenth world crown. Also in 2016 he finished in second place and in 2017 after the victory in Assen at Misano he seriously injured his leg and after only three weeks he was able to get back on the saddle and in Aragón, to then go to the podium in Australia at Phillip Island.

At the end 2018 he was among the top three in the standings while in 2019 he won two more podiums. The last career podium came in the 2020 Jerez GP, where he finished in third place.

That of 2021 was his last season and also the most difficult. After 26 years on 5 August he said enough, leaving the World Championship with 9 World titles, 115 races won and 235 podiums in 423 races.

👉 Valentino Rossi was born on February 16