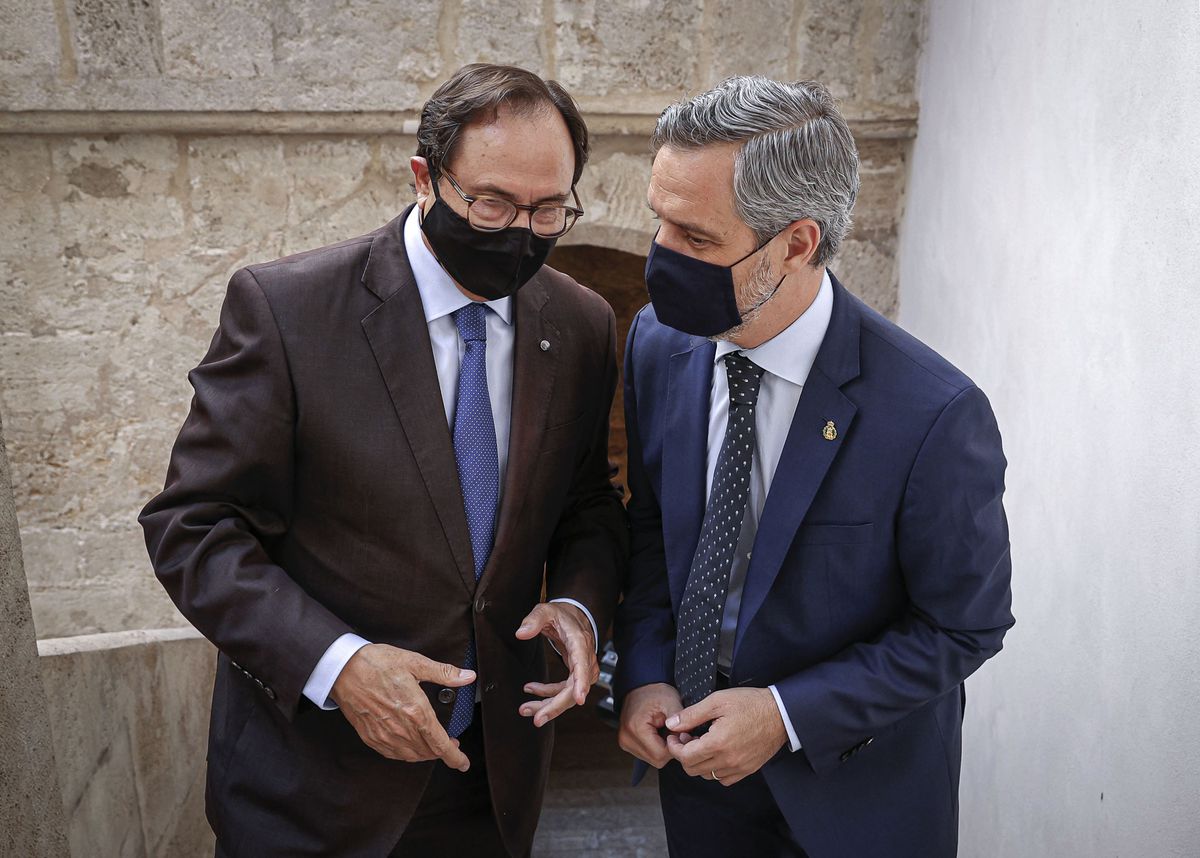 The Valencian Community, chaired by the PSPV-PSOE, and Andalusia, by the PP, approach positions on regional financing. Vicent Soler, and his Andalusian counterpart, Juan Bravo, councilors of the Treasury of the worst financed community and of the third by the tail, respectively, have defended this Friday in Valencia to request the Government that a part of the extraordinary transfer of the Government of 13,486 million euros, also called covid funds, for the autonomies in 2021 is destined to eliminate the differences in financing per adjusted inhabitant of the under-financed regions, equaling them to the Spanish average. Once this item is assigned, the remainder should be distributed in proportion to the adjusted population.

The distribution of the aforementioned fund will be decided at the next Fiscal and Financial Policy Council, without a specific date at this time. In the previous 2020 covid fund, consigned with 16,000 million euros, the main criterion was to compensate the autonomies in which the coronavirus had been primed with the greatest virulence, such as Madrid and Catalonia. According to Soler, this fund was “key” to face “the health emergency with guarantees, but now the differences in resources of up to 30 points per adjusted inhabitant prevent us from facing the recovery with the same opportunities, since our financial capacities are very different” .

It is one of the many points on which they have agreed in the meeting held this morning in Valencia in preparation for the September summit to be held in Seville by the Valencian presidents, Ximo Puig, and the Andalusian presidents, Juan Manuel Moreno Bonilla. Soler added that “this transitory mechanism should not postpone a reform that must contemplate the overall sufficiency of the system, the incorporation of solidarity from the Foral communities and the compensation of the debt related to underfinancing.” Both defend the criterion of the adjusted population in the future financing model and inject more resources into the autonomous system, in the sense proposed by the experts summoned in 2015 by the then Minister of Finance, Cristóbal Montoro. They encrypted that increase at 16,000 euros, although now the amount would have to be updated, they agreed.

Bravo stated: “Given the difficulties that exist to approve a new financing system, the solution may be a transitory system, such as the Transitional Leveling Fund. Or we can, for example, use the distribution of covid funds as a form of compensation towards the communities that are a little worse off, and thus move closer to positions, in line with what the president of the Valencian Community proposed. [Ximo Puig]. It would be a gesture that we would appreciate the worst financed communities ”.

Regarding the meeting between both autonomies, the Andalusian counselor stressed that “it is about being able to have a common position to try to claim financing needs before the Ministry that should allow, in these difficult times with the pandemic, not only to cover fundamental services but also start the economic recovery ”.

In addition, Bravo was asked about the suggestion of the president of the PP, Pablo Casado, to return to the regional financing model of 2002, established by the government of José María Aznar. “The president of the PP tried to manifest a system with the highest approval of the parliament. It is necessary to achieve maximum consensus and find the formula ”, he responded at first. Given the insistence of journalists on his position, Bravo recalled a study by the Valencian Institute of Economic Research (IVIE) that in 2007 already indicated that nine autonomous communities were below the average in financing, the same number as in 2019.

Finally, he highlighted that the 2002 agreement received 90% of support, although he considered that model had been overcome: “The reality is not the same in 2021 as in 2002. Health and education costs are not comparable. It requires a new rethinking in general. We cannot extrapolate anything that has been done previously. The State has pension expenses that also make transfers difficult. It is time to negotiate and understand each other. It is difficult to extrapolate what was thought in 2002 and 2009 [año en que se cambió al actual modelo de financiación]. We have to listen to everyone “