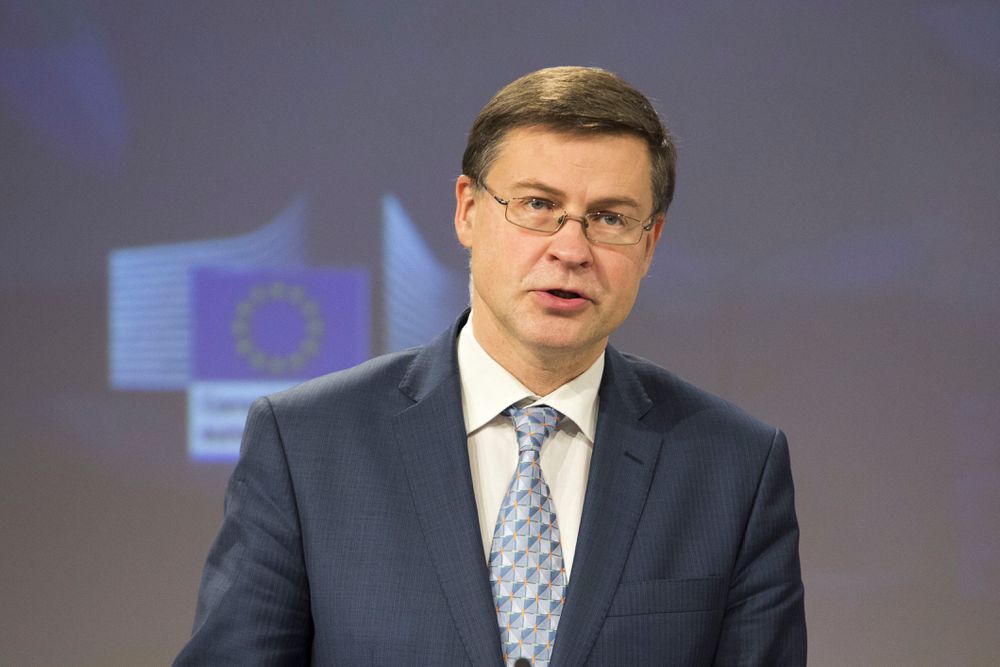 Just one day before Joe Biden’s inauguration, Brussels launched a new strategy to ensure its financial autonomy. In an interview with four European media, including EL PAÍS, the executive vice president of the European Commission, Valdis Dombrovskis (Riga, Latvia, 49 years old), frames this plan in the effort to promote the euro as an international currency. Dombrovskis also celebrates the speed with which Spain has brought its recovery plan to Brussels, although it calls for more specifics.

Question. After the Trump era, does the Commission see the US as a partner that will no longer always be predictable or trustworthy?

Reply. We wish the new Joe Biden Administration every success. In the last four years, transatlantic relations have been somewhat tested, but I think we can fix it and regain our strategic alliance. Biden has shown strong support for multilateralism and improving relations with the EU. This communication addresses the international role of the euro and the strengthening of the resilience of our economy and our financial system. And I think it clearly underlines that we are open to multilateralism, so it cannot be said that it is against anyone.

P. The EU already signed the investment agreement with China before Biden’s arrival. Wasn’t that already a way of telling you that the EU wants to cooperate but that it also has its own agenda?

R. That agreement took us seven years of negotiations. It is focused on investments and, importantly, China responded to our demands on key issues such as access to its market, a level playing field or sustainable development. The United States already had its phase 1 agreement with China and had signed a regional partnership with several countries in Asia. That left Europe at a disadvantage, which was the only major player without a pact with China.

P. What steps should the EU take to enhance the international role of the euro that it has not already tried?

R. The euro is already the second most used currency in the world. But it is true that, for example, its position as a reserve currency has not changed substantially in the last decade. In the communication we underline the initiatives that have to do with the European recovery plan, especially the issuance of a large volume of bonds, which will contribute to the use of the euro as a reserve currency. We also want to see how to strengthen your role in trade, transactions or exchanges of commodities. We are closely following the new energy markets, such as hydrogen or green bonds, which must finance 30% of the recovery plan.

P. Do you think that the bond issue for the recovery plan could be the embryo of something else?

R. The issuance is a temporary exercise, but those bonds are going to remain in the markets for decades. At this stage, it is perhaps premature to say how we think that will evolve in the coming decades.

P. Vice President Nadia Calviño was the first to present her recovery plan to her colleagues. Is what you have seen enough?

R. We are in close contact with Nadia Calviño. And we celebrate Spain’s continued effort in the detailed preparation of its recovery and resilience plan. In fact, Spain is the first country to deliver a draft that covered almost the entire plan at Christmas and is one of the states whose preparation is more advanced. In general, the plan is going in the right direction in terms of the priorities of the instrument. As in the rest of the countries, we have to see how a set of specific recommendations is addressed. The debate continues and, in fact, the plan is taking shape as we speak.

P. Spain has sent its proposals on the labor and pension reform still with inconcretions to reach an agreement within the Government or the unions. Are you going to ask for more details?

R. I cannot begin to comment on specific reforms. In any case, it is necessary to continue working. The work with the Spanish authorities is developing well, but there are elements that must be worked on. It is something general, not just from Spain. You have to set milestones and objectives, because they are what allow disbursements. And that will save us discussions later.

Those traveling to the United States must quarantine and submit a negative coronavirus test, Joe Biden announced