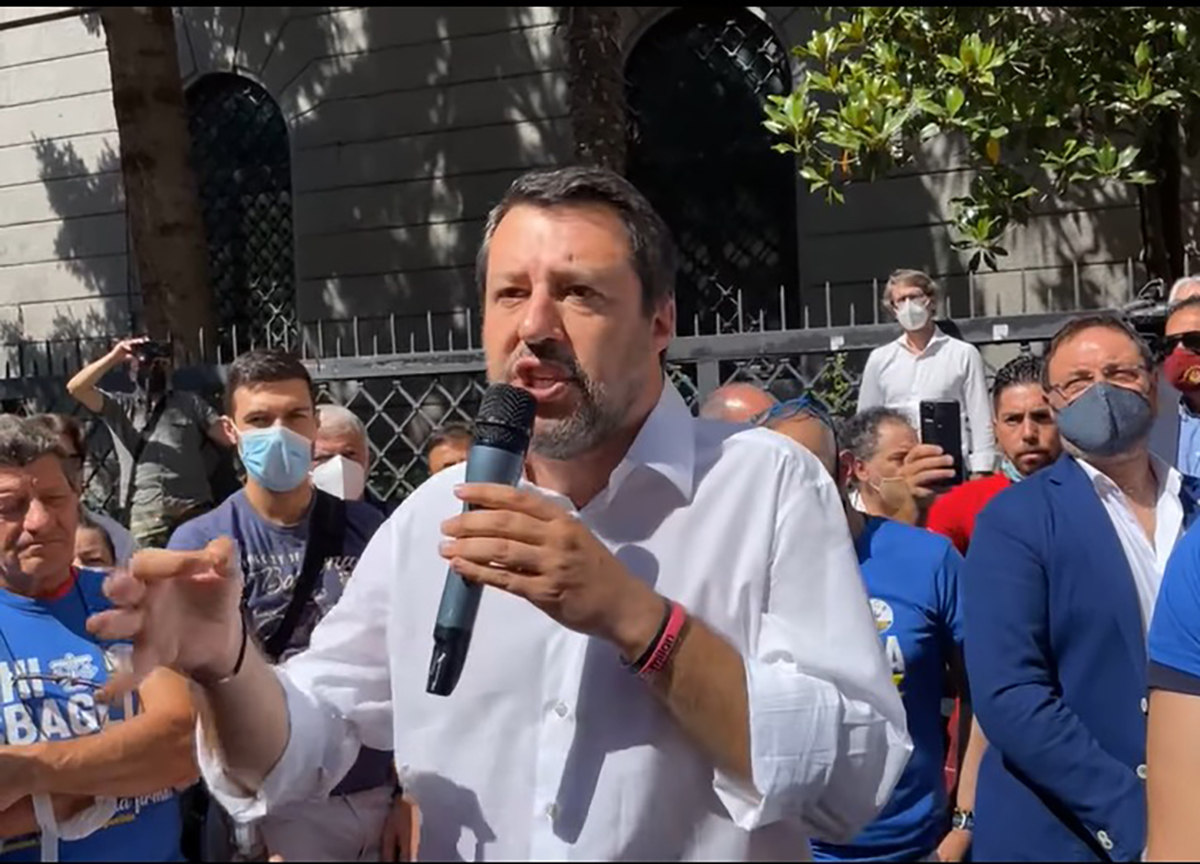 VACCINE: SALVINI “WE PUT OVER 60 SAFETY, NO YOUTH OBLIGATION”

“The egregious work of General Figliuolo must be completed, but there is no talk of imposing obligations, especially on the youngest. Since the beginning of the pandemic, the deaths between 10 and 29 years have been 85, that is to say 0, 1% “. Thus, in an interview with la Repubblica, the leader of the League Matteo SALVINI, who then adds: “We put in safety from 60 up, from 40 to 59 choose, for young people it is not necessary. Moreover, if we want the Green Pass for everyone, at the moment we would finish in October, blowing up the season and the holidays “. For SALVINI “to go to San Siro, with 50,000, or to concerts for 40,000, the Green Pass makes sense, but not on commuter trains, not to eat pizza. We secure parents and grandparents without punishing grandchildren and children. And soon we will change the criterion on the colors of the regions. Out of 8 thousand places in intensive care, 156 are occupied today, down from yesterday. We use the German model, no Pass, but common sense, education, rules “.

As for the center-right, after Meloni’s stance for the exclusion of FdI from the Rai Board of Directors, he says: “The unity of the center-right comes first. The League has also lost seats on the boards of directors, but not I think these are arguments that jeopardize the coalition that intends to govern the country. We will do everything we can to have the maximum pluralism in Rai. I talked about it with Draghi, it is necessary to have every voice on public TV “. Finally, on Letta’s openness to possible adjustments in Parliament on the reform of justice, he observes: “I am pleased that Letta remembers that the law can be changed in Parliament, such as the Zan bill. As for justice, I would not want it to be a idea to postpone indefinitely. We know that the Bonafede reform does not change for the M5S. But I don’t like it. Conversely, the Cartabia-Draghi package is fine. The sooner it is approved, the better it is “.

“Referendums are a guarantee of change, given that Letta and Conte have already said that they don’t like the government reform and that it must be changed. But if I have to choose between Draghi and the future and on the other side Letta and Conte, the Lega he has been with Draghi all his life. We have no time to waste and no controversy to do “. Matteo Salvini said this at the gazebo in the square in Bologna where the League is collecting signatures to support the referendum on justice.

Income: Salvini, must be reviewed but time for referendum has expired

“We are here to sign real referendums, for which we will collect the signatures by September, for which we will vote next spring. The time to propose other referendums has now expired so we will talk about it again next year”. To say this, Matteo Salvini replying to those who asked him about the possibility of collecting signatures for a referendum to abolish the citizenship income. “Surely – explains Salvini from Bologna in front of the gazebos for the collection of signatures on the referendum for justice – the citizenship income must be reviewed. As it is, it does not work. All the entrepreneurs I am meeting in all of Italy have told me: from Jesolo to Calabria to Valtellina to Rome there is no staff for hotels, restaurants, beaches. It is a tool that does not create jobs, but at the most it creates illegal work “.