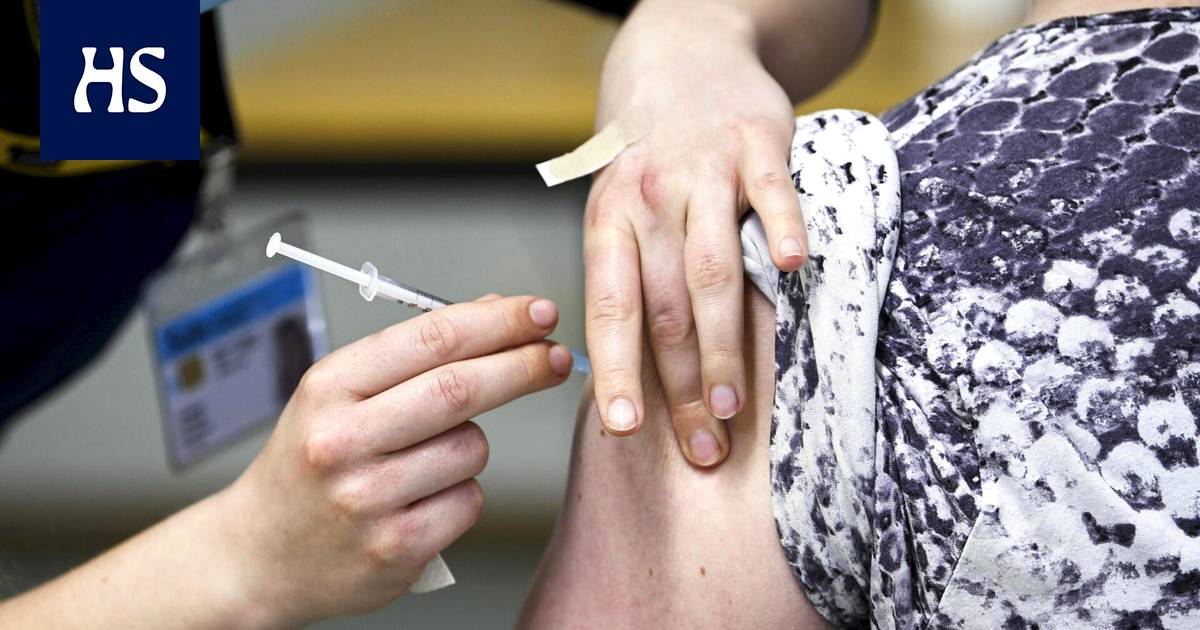 In the Hus area, vaccinations have been opened to new groups, while those from another risk group have applied poorly for vaccinations.

Coronary immunizations are progressing at a very different pace in basic health age groups in Finland, depending on the region and municipality.

For example, in North Karelia, it is the turn of the primary healthists who turn 65 this year, while in the Helsinki and Uusimaa Hospital District (Hus) vaccinating people already 45 years old in Espoo and up to 40 years old in Lohja.

The National Institute for Health and Welfare (THL) previously distributed vaccines to regions based on the number of health care professionals treating coronary patients and the number of people over the age of 70, THL’s leading expert Mia Kontio says. Due to the age structure, for example, vaccine coverage is almost 43 per cent of the population in Southern Savonia, but less than 27 per cent in Northern Ostrobothnia.

Since last week, the division has been made on the basis of the number of 16-69-year-olds. Astra Zeneca vaccines have been distributed all the time according to the number of people aged 18-69.

The medical risk groups for coronavirus have not been taken into account in the vaccination distribution of THL, as the exact number of people at risk is not known. This may help explain the differences in the age groups to be vaccinated, Kontio estimates.

“Maybe there are more people at risk in places where progress has been slower.”

In addition, according to Kontio, people in the 2nd risk group in the Hus area, for example, have applied for vaccinations poorly, which means that more vaccination periods have been opened.

“If there is a slight idle in the appointment,” more age groups will be opened there immediately.

Vaccine distribution the criteria within hospital districts vary somewhat. Locally, for example, it is possible to emphasize risk groups.

In Southern Savonia, for example, vaccines are divided into municipalities according to age structure and morbidity, says Essote’s pandemic manager, chief physician. Hans Gärdström. Vaccinations in the area have mostly progressed to basic health in the 50s.

In Kanta-Häme, the division has been made on the basis of the age structure and the number of inhabitants, as there is not enough precise information about the number of people at risk as a basis for division, says the hospital district chief physician Sally Leskinen.

“It has also been thought that within the province, however, it is quite flat. Risk groups 1 and 2 are both so extensive. ”

In the western North, on the other hand, vaccines have been distributed all the time only on the basis of the population base, not the age structure. Chief Medical Officer Jyri J. Taskilan according to the region, it was not initially known that the doses were distributed to the regions according to the number of people over 70 years of age. Once the matter was resolved, it was decided to keep the allocation criterion the same, as it would have been very difficult to calculate other doses.

According to Taskila, however, the differences between the municipalities have been leveled out later.

The nurse prepared to give the vaccine at the Lintuvaara vaccination point in Espoo on April 23.­Picture: Emmi Korhonen / Lehtikuva

Also Within hospital districts, there are differences in the progression of vaccinations to different age groups, which is probably explained, at least in part, by the variation in the willingness to vaccinate and the fact that the number of people at risk is not precisely known.

For example, in the western North of Tornio, people in their fifties who are already in good health are vaccinated, but in some municipalities in the region they are only 65 years of age or at risk.

According to Taskila, the distribution of vaccines in the area according to the population base has placed some emphasis on vaccines in Tornio. In addition, there can be long breaks between vaccine deliveries in small municipalities, and even one day of mass vaccination can promote vaccinations by a big leap, Taskila points out.

THL today, Wednesday, will make a decision on the possible targeting of vaccines to the regions according to the epidemic situation.

For regional emphasis, the two-week incidence should be more than 100 cases per 100,000 people. Currently, all hospital districts fall short of it. Until the end of May, the situation is reviewed on Wednesdays, Kontio says.

In principle, even within regions, it would be possible to emphasize distribution according to the disease situation, if this were desired. However, in hospital districts, this is not considered a very effective means of epidemic management.

“It is too late to start an individual infection group. However, exposed people should be quarantined. If the disease is sprouting, vaccination protection will not be easy, ”says Leskinen of the Kanta-Häme Hospital District.

“In a few days, the situation could change quite the opposite.”

Länsi-Pohjan Taskila points out that within the same employment area, people move a lot between municipalities.

“It doesn’t make sense to put more emphasis. Then people carry the virus to unvaccinated municipalities. ”

STT: n the hospital districts interviewed are satisfied with the vaccination coverage achieved so far. Almost 90 per cent of those aged 70 and over have received the first dose in Finland. It is difficult to estimate the proportion of people vaccinated at risk, as there is no precise information on the composition of the groups either.

The Astra Zeneca vaccine no longer seems to be in very high demand. It is given in Finland only to people aged 65–69, whose vaccinations are already a long way off in many areas, and some of those who have not been vaccinated do not want the vaccine.

“Astra Zeneca’s days have empty free time, unlike the days when Pfizer-Biontech is available,” says Sally Leskinen from Kanta-Häme.

For the time being, only Astra Zeneca is available in West Ostrobothnia for people aged 65-69. Some have still been left waiting for other vaccines, Jyri J. Taskila says.

A total of 630,000 doses of Astra Zeneca’s vaccine have arrived in Finland, of which about 350,000 have been given, according to the vaccination register, THL’s Mia Kontio says.

Approximately 200,000 more doses will be given, and some more will be given. No more Astra Zeneca deliveries are coming to Finland. So probably some tens of thousands of doses will go unused.

World War I barracks thawed in the Alps from global warming