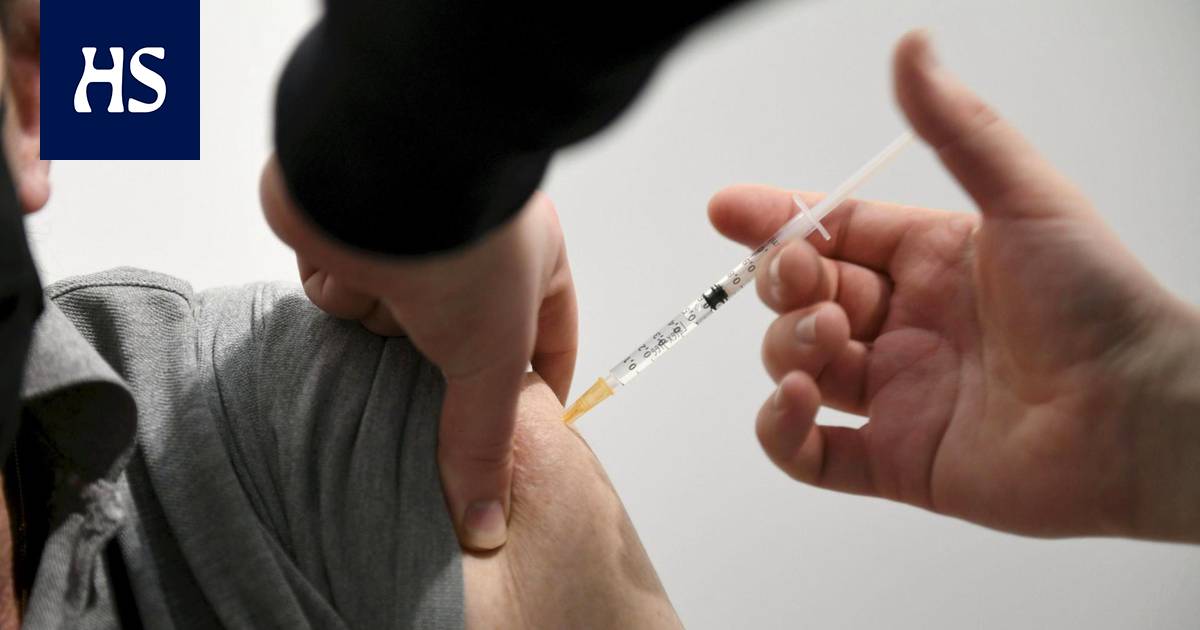 The recommendation was now made because monitoring the epidemic situation has shown that regional disparities persist and even increase over time.

National The Vaccine Expert Group (KRAR) recommends that the distribution of coronavirus vaccines take into account not only the population but also the epidemic situation in different regions, informs the National Institute for Health and Welfare (THL). KRAR operates under THL.

Chairman of KRAR Ville Peltola tells HS that the recommendation was now made because monitoring the epidemic situation has shown that regional disparities persist and even increase over time.

“It has not happened that the epidemic has spread evenly throughout the country,” Peltola says.

According to Peltola, in areas with a high incidence, the increase in the number of inpatient and intensive care patients threatens the carrying capacity of health care.

“Regional differences in the level of risk are currently greater than, for example, differences between the risks of different occupational groups,” Peltola says in a press release.

The recommendation is given at the level of hospital districts.

“Although it is true that there is a difference within the hospital districts in different municipalities and even within cities,” says Peltola.

Peltola emphasizes that this is still a proposal from an expert group. However, KRAR has already developed a model for distributing vaccines.

According to the model, vaccines would be distributed to hospital districts based on population, number of infections in previous weeks, and number of people hospitalized. In addition, the regional disease situation could be taken into account by supplying a one-off larger batch of vaccine to areas where the disease situation is more difficult and requires particularly rapid action.

Peltola clarifies that the weighting model would mean that vaccination would continue simultaneously across the country.

In the press release it is stated that next THL will assess how a regional emphasis on vaccine distribution would be feasible in practice and what the options would be.

THL engages in dialogue with municipalities and hospital districts when conducting the assessment. THL says that it takes into account equality and the possibility for municipalities to adhere to the vaccination times already given to citizens.

If the Ministry of Social Affairs and Health (STM), based on the THL and its own assessment, were to propose an amendment to the relevant regulation, the regional emphasis on vaccination could be realized no earlier than 3-4 weeks after the decision. It would take time, among other things, if an amendment to the Government Decree on the order of vaccination is required.

In addition, the delivery schedule for vaccines also has a significant impact on implementation.

“Yes, there are a lot of questions about how the model would be implemented, and KRAR will not be able to answer it,” says Peltola.

“KRAR’s position here is that there is a need for this and it should be implemented quickly. Yes, we recommend this emphasis now. ”

Helsinki and the managing director of the Uusimaa Hospital District (Hus) Juha Tuominen is pleased with the KRAR recommendation. Tuominen has argued several times during the epidemic that vaccinations should be emphasized by region.

“This is a really great thing. All models show that regional emphasis can reduce hospital admissions and also the resulting deaths, ”says Tuominen.

According to Tuominen, based on the modeling, it can be expected that regional emphasis could prevent one-fifth of serious diseases.

“I hope the proposal goes into decision making. That would be important for equality. ”

Importing suggested last week that vaccinations should be targeted at areas where a large number of foreign-speaking people live. In Helsinki, as many as half of the infections are currently diagnosed in people other than native Finnish or Swedish speakers.

THL’s proposal makes no mention of prioritizing foreign language areas. According to Tuominen, however, the model of the proposal for regional emphasis is good, as it takes into account both the population base and changes in the disease situation and hospital burden.

“Sure, there are many roads to Rome, but at least this sounds smart.”