Vaccinations THL: The third dose of vaccine could be started between 3 and 4 weeks apart in vaccinated and immunocompromised patients. 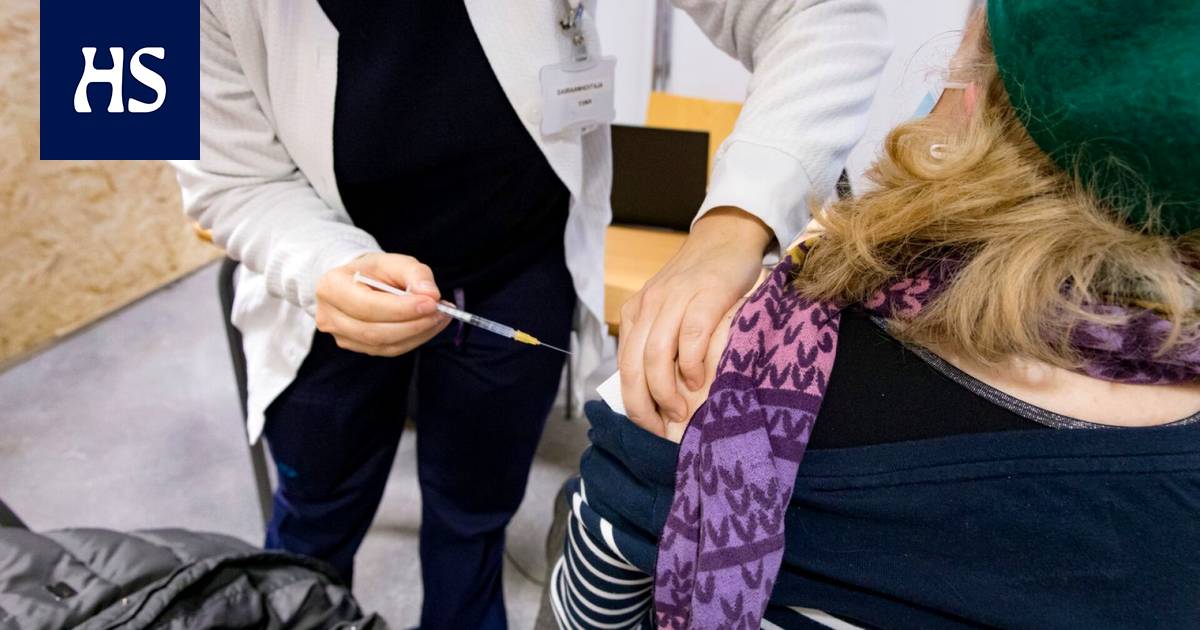 The rest of the population’s need for a third vaccine will be assessed later. It is likely that at least the elderly and those at risk will need a booster dose over time, says Chief Physician Hanna Nohynek.

Health and the Department of Welfare (THL) is proposing that third doses of the coronary vaccine be given first to people whose body’s immune response is reduced due to the disease or its treatment.

According to the proposal, the third dose can be given to immunocompromised people over the age of 12 years, at least two months after the second dose.

Chief Physician of THL Hanna Nohynek says that these are, for example, transplant patients or cancer patients who have received chemotherapy.

“New research has come to the conclusion that two doses of the vaccine may not be enough to provide these people with good enough protection against severe coronary heart disease, so a third dose is needed to supplement them with an adequate level of protection from the basic vaccination series,” Nohynek says.

The THL estimates that there would be about 50,000 such individuals. According to Nohynek, exactly which diseases or conditions require a third dose of the vaccine will be specified separately.

THL suggests also that a third dose of coronary vaccine be given as an booster to those who have received coronary vaccination between 3 and 4 weeks.

This group includes health care staff working with coronary patients, as well as, among others, elderly residents of nursing homes and their caregivers, many of whom were vaccinated at a shorter dose interval from the beginning of the year.

According to Nohynek, the intensification of the basic vaccination series is justified for this group, because in those who have given two doses in a shorter period than the others and a long time has elapsed since the second dose, the vaccination effect gradually fades.

“It is important to protect first-line healthcare staff both to ensure their own health and to ensure the carrying capacity of hospitals, and elderly residents of nursing homes are at particularly high risk for severe coronavirus disease,” Nohynek says.

A third dose of the vaccine could be given long enough after the second dose. According to Nohynek, an adequate time horizon is currently being assessed.

THL: n leading expert Mia Kontio estimates in a THL bulletin that vaccines could be given to both groups at the same time.

The total number of recipients of the third dose of vaccine would thus be about 100,000.

THL also instructs that patients with PCR-confirmed coronary heart disease may be given only one dose of coron vaccine instead of two.

Recent studies from Finland and elsewhere show that one dose of vaccine provides at least as good protection for a person with coronary heart disease as two doses provide for a person who has not had the disease.

THL also instructs that municipalities may, at their discretion, reduce the period between the first and second dose of coronary vaccine to six weeks.

How quickly, the third round of vaccination can be started, according to Nohynek, depends on how quickly the Ministry of Social Affairs and Health (STM) makes the actual decision on the matter and, if an amendment to the regulation is needed, prepares it.

With regard to the third dose of vaccination, Finland is following the practice of Great Britain, Sweden and Denmark, where it has been decided to start distributing third doses of vaccine to those whose immune system is significantly weakened.

The large EU Member States Germany and France also plan to launch a third dose of the vaccine in the elderly and at-risk groups in September.

According to Nohynek, the need for a third dose as a booster for other populations will also be assessed during the autumn.

According to him, it is likely that at least the elderly and those at risk will need a booster dose over time.

Third doses are already distributed more widely in the world than just at risk groups. At least Israel, Chile and the United Arab Emirates have already started administering third doses of the vaccine.

South Korea announced on Tuesday that it will begin distributing booster doses of coronary vaccines in October. The third coroner vaccinations will start in South Korea in October, after 70 percent of the country’s population has received two vaccines.

The first booster doses are given to those with a weakened immune system and to those at risk. Others receive the booster vaccine six months after the second dose.

World Director-General of the World Health Organization (WHO) Tedros Adhanom Ghebreyesus has relied on rich countries not to start administering third doses of vaccine, as vaccination coverage in poor countries is still low.