Vaccinations THL suspends vaccinations with Astra Zeneca for at least next week, with two cases of vaccinated cerebral venous thrombosis reported in Finland 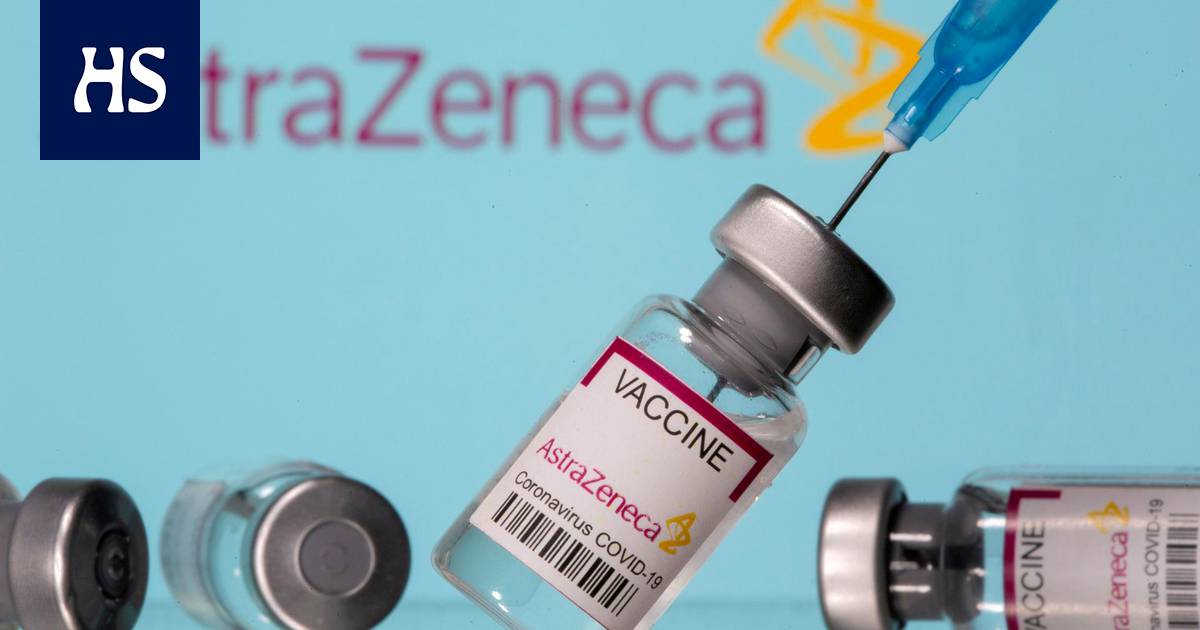 So far, there is no certainty as to whether the coagulation disorders observed are related to the vaccination of Astra Zeneca. However, as a precautionary measure, the THL has decided to suspend vaccination with Astra Zeneca immediately.

Health and the Department of Welfare (THL) has decided to suspend the use of Astra Zeneca’s coronavirus vaccine for at least a week. The suspension is a precaution and takes effect immediately.

The reason for the suspension is that two cerebral venous thrombosis has been reported in Finland, the causal relationship of which to the Astra Zeneca vaccine is being investigated.

The exceptional symptoms observed are very rare. So far, there is no certainty as to whether the observed coagulation disorders are related to vaccination.

Pharmaceutical According to Fimea, the Center for Safety and Development, venous thrombosis has been reported 4 to 10 days after receiving Astra Zeneca. Both affected people have medical risk factors associated with vascular thrombosis. No detailed information is provided about them for privacy reasons.

At the press conference, the chief physician Hanna Nohynek About THL, it was generally reported that risk factors for blood clotting tendency include at least e-pills, obesity, disorders of fat metabolism, and certain medications.

“This is indeed a very unfortunate situation,” the chief physician said Taneli Puumalainen THL at a press conference on Friday afternoon.

“So far, the coroner vaccination program has progressed very well. Vaccinations have already reduced the number of deaths in the elderly and, among other things, the incidence of coronary infection in the elderly in care homes. Overall, we have had a very positive view of how vaccinations are progressing and how, per summer, we can manage and reduce the impact of the epidemic on society. ”

According to Puumalainen, there should be no particular concern about the cases that have occurred.

“Approximately 140,000 vaccinations have been given with Astra Zeneca in Finland. In this respect, of course, I would not be very concerned about this possible very small risk. Of course, if you experience any serious symptoms after vaccination, you should contact your healthcare professional. ”

Treatment should be sought immediately if you experience severe, markedly worsening headaches or very severe bruising of the skin or mucous membranes.

Puumalainen emphasized that in the situation, it is best to go ahead with safety and study the cases carefully.

Thursday The Pharmacovigilance Committee of the European Medicines Agency (EMMA) concluded that, following its peer review, it concluded that: The Astra Zeneca vaccine is safe and effective. The Committee did not find any link between the vaccine and the increased risk of blood clots.

The mother is still investigating the possible link between the vaccine and two very rare blood clotting disorders. The disorders are associated with decreased platelet counts and an increased tendency to vascular thrombosis.

According to THL, the two cases reported in Finland may be related to these blood clotting disorders. The matter is being investigated and patient studies are still ongoing.

At a press conference, THL’s Nohynek said that Finland’s decision to suspend was also affected by the Astra Zeneca vaccine-related cases seen in Norway, Germany and Denmark. What the cases have in common is that they occur in women aged 20 to 50 years, about 4 to 16 days after the vaccine was given.

Next week’s THL will assess the situation and report on the results of its investigation as soon as new information becomes available. Vaccination with Astra Zeneca could be resumed no earlier than March 29th. Vaccinations with other coronary vaccines continue normally.

According to Puumalainen, the one-week break in vaccination with Astra Zeneca does not significantly affect the pace of vaccination at the moment, as Biontech and Pfizer corona vaccines are mainly used in Finland.

If vaccination with Astra Zeneca were to be stopped completely in Finland, it would already affect the pace of vaccination, the head of department admitted Tuija Kumpulainen from the Ministry of Social Affairs and Health (STM) at a press conference.