Vaccinations The rate of vaccination in Israel, which has been celebrated as a pioneer in coronary vaccinations, has almost declined – Can the same happen in Finland? 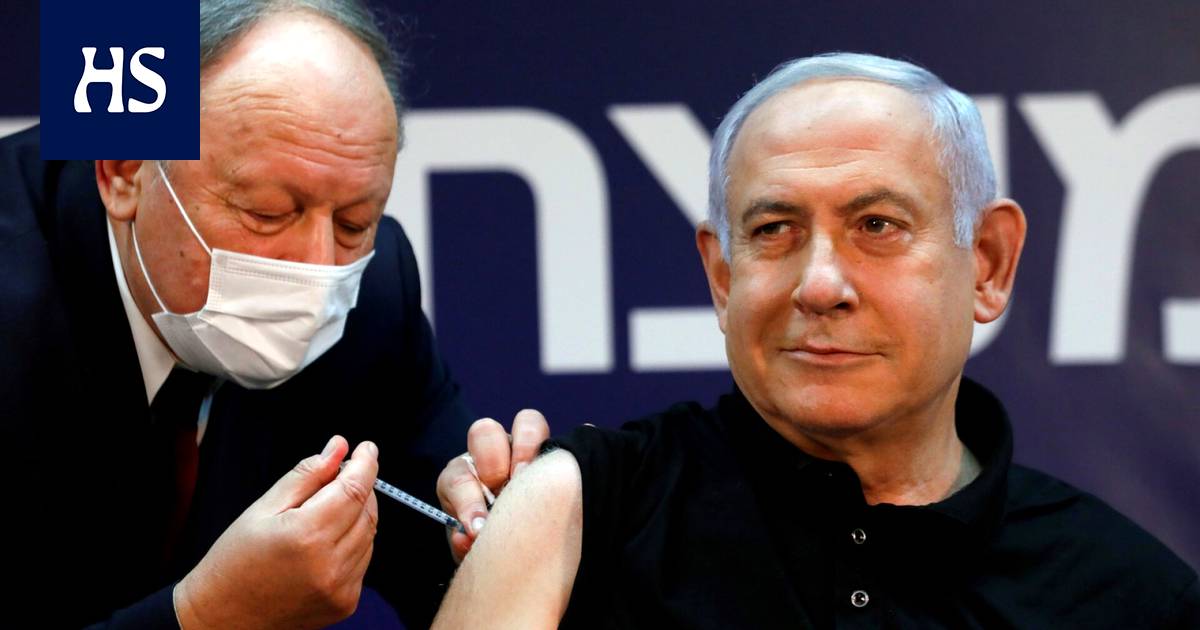 According to THL’s chief physician Hanna Nohynek, Finland has reached the 70% coverage target set by the EU.

Coronary immunizations celebrated as a success, Israel began vaccination against the virus last December among the first states. The country managed to vaccinate one-tenth of its population in just ten days, and as early as mid-February almost 45 percent had received at least one dose of the vaccine.

Now, however, the pace has coagulated. Since the first week of June, about 63 percent of Israelis have been vaccinated, although vaccination coverage of 60 percent was exceeded in the country as early as mid-March.

In Britain, for example, vaccinations, which have started rapidly, have slowed down as spring and summer have progressed and coverage has only risen to around 60%. The figures are based on Oxford University researchers Our World in Data statistics.

Why does the pace of countries that are well advanced in their vaccinations seem to have slowed down? Is it the fate of the West to be content with more than 60% coverage?

Health and the Chief Physician of the Department of Welfare (THL) Hanna Nohynek according to the stagnation of vaccine coverage growth after rapid progress is the sum of many things.

“It’s usually the case that those who first want the vaccine also go to get it. In the end, those people who hesitate remain. Then there are those who are completely against the vaccine. ”

So can vaccination coverage in Western countries remain at 60-70%?

“That’s one possible scenario, of course.”

Israel began vaccinating 12- to 15-year-olds with Pfizer and Biontech at the beginning of the summer. Picture: Menahem Kahana / AFP

Willingness to vaccinate and with it, coverage in Finland is affected by age, among other things. The older a person is, the more likely he or she is to be willing to take a coronavirus vaccine, according to surveys.

According to Nohynek, when considering the coverage and willingness to vaccinate, the part of the population that has already suffered from coronavirus disease must also be taken into account. In many European countries, a large proportion of the population may be immune to a coronary infection.

“A person who has recovered from the disease may have an idea that I really need that vaccine when I have already had the disease.”

Quickly in their advanced vaccinations in Israel, many vaccination sites have been closed during the spring as daily vaccination rates have declined.

“With so many already vaccinated, it’s hard to get people to get vaccinated,” the doctor said Ian Miskin said The Times of Israel article in April.

In the case of Israel, the slowdown in vaccination rates is also explained by certain societal characteristics. Nohynek, for example, raises the role of Israeli Orthodox Jews in the country’s vaccination statistics.

“There are a lot of Orthodox Jews in Israel whose vaccines have not always sat terribly well. That may be one of the reasons why the vaccination rate is slowing down. ”

Vaccinations in Palestine, on the other hand, are far from the vaccination rates of the state of Israel, according to figures from Our World in Data. Vaccinations were only started in Palestine at the turn of March-April, and by the beginning of June, more than 7% of Palestinians had been vaccinated.

Although Israel has given vaccines to Palestinians working in Israel, the country does not, for example The Times of Israel believe he is legally obliged to vaccinate Palestinians. In Palestine, the availability of vaccines has been significantly lower than in the state of Israel.

European the union has set a 70% target for vaccination coverage. According to Nohynek, the coverage in the older age groups in Finland is over 90 percent and booster doses of the vaccine have been taken a lot.

“In the light of the surveys, I believe that coverage will be well within the 70% target set by the EU. However, I could imagine that the coverage would be higher than it is now if we had received more doses. ”

At the moment, according to Nohynek, it is largely a question of the availability of vaccines. However, the situation looks promising for the second half of the year, as Pfizer’s new plant in Puurs, Belgium, is expected to significantly increase vaccine production capacity. In addition, new vaccines are coming in late last year and early next year, alongside those now in use.

Globally what is essential, according to Nohynek, is that there are far too few vaccines in relation to the number to be vaccinated. The lack of production capacity is due, he said, to the fact that vaccines are simply not prepared to produce as much as they should in a short period of time.

“If you look at the world average vaccination coverage for the first dose, which is just over 11 percent, then that is far too little. It’s a fact.”

Vaccination coverage growth is likely to be affected in the future not only by the development of the epidemic and the spread of viral variants, but also by the requirements that states will impose.

Nohynek estimates that if countries start to require, for example, two doses of vaccine for travel, many will be interested in taking the vaccine.

In the United States, for example, efforts have been made to accelerate the slowdown in vaccination, among other things cash prize draws. In addition, how life may be released after taking the vaccine may motivate vaccination.

“In Israel, for example, it was terribly important that when a person was vaccinated, they got to movies and restaurants and so on. In other words, it is definitely worth thinking about such different hooks. ”