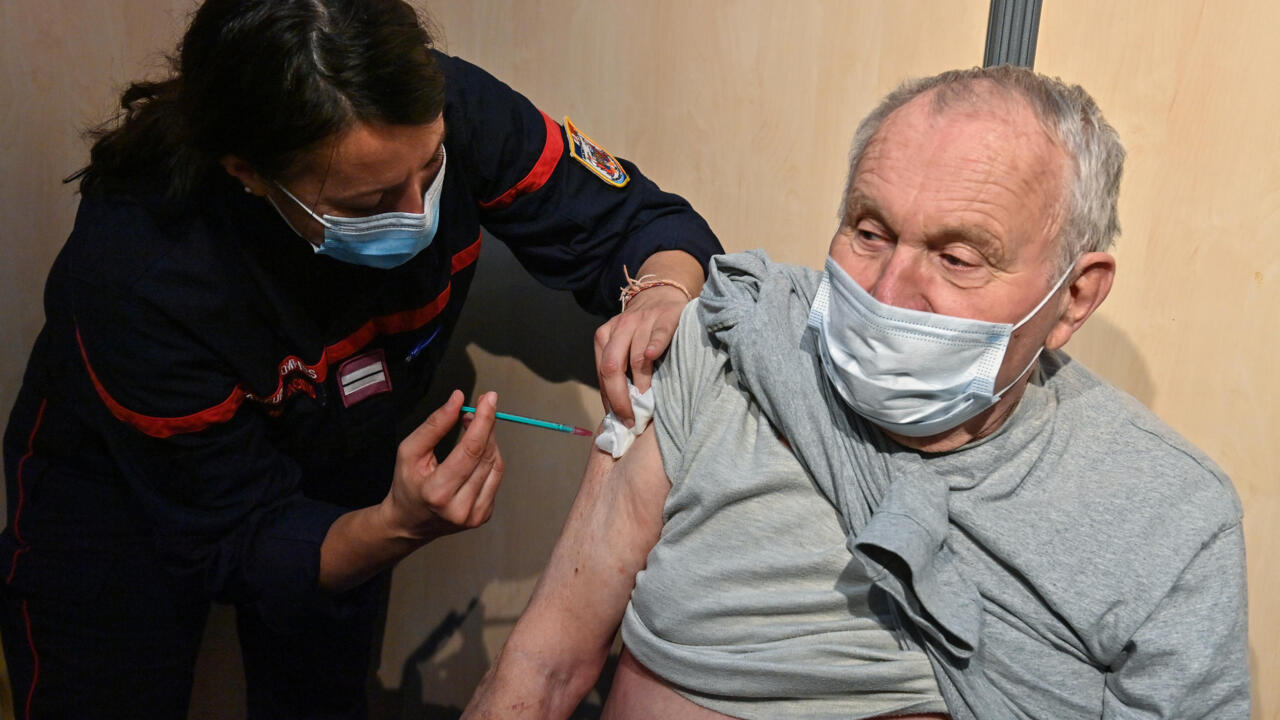 France continues its vaccination campaign against Covid-19 and now the turn is for people over 75 years of age. During this week, in France 24 we propose a series of reports to examine how inoculation is being carried out in Gallic territory, its times and challenges.

In France, where the deaths from Covid-19 number more than 70 thousand people, vaccination began on December 27 of last year. At the beginning of the inoculation campaign, priority was given to people residing in nursing homes, disabled people in specialized institutions, and health workers over 50 years of age who work with this type of patient.

The Government of Emmanuel Macron wanted the health personnel who work in the homes of the elderly to become a kind of ‘vaccine ambassador’ in a country where only 4 out of 10 people said they were willing to be immunized, according to a survey by Ipsos Global Advisor, published on December 29, two days after the start of the campaign. Not everyone was willing to take on that role.

According to another survey organized by the National Federation of Associations of Directors of Establishments and Services for the Elderly (Fnadepa), of its 1,200 adherents, only 25% of nursing home workers wanted to be immunized.

Annabelle Vêques, director of Fnadepa, quoted by the information site ‘Mediapart’, supports the minority current. For her, vaccination is a “collective” issue.

“Although we do not know if the vaccine prevents transmitting the virus, we must do so to protect residents, it is a fragile population that represents 40% of deaths from Covid-19,” he explained.

Malika Belarbi, trade unionist and worker in a nursing home in the Paris region, also cited by Mediapart, exposes instead that in the institution where she works, 90% of the workers do not want to be inoculated. The reasons: “There is no confidence, there is no perspective and not enough is known about the side effects.”

Now 56% of French want to be vaccinated

From this Monday, January 18, people over 75 years of age can be vaccinated in France as well as those who have a disease that makes them vulnerable to Covid-19.

A new poll by Odoxa-Backbone consulting published on Friday, January 15 by the public radio ‘France Info’, shows that the opinion of the public is changing. Now 56% of the French intend to get vaccinated against Covid-19.

According to Professor Jean-Daniel Lelièvre, head of the department of infectious diseases at the Henri-Mondor hospital in Créteil (Val-de-Marne), interviewed by the French radio ‘RMC’, this is due to “a certain number of personalities who have been vaccinated. “

In fact, in recent weeks, many celebrities have spoken publicly in favor of vaccination.

“We are committed to getting vaccinated as soon as possible to allow a return to normal life and the holding of professional and amateur sports competitions,” defended, for example, on January 13, 130 personalities from the world of sports such as swimmer Florent Manaudou, footballer Olivier Giroud or decathlete Kevin Mayer.

According to Odoxa, another factor that has motivated the change in attitude is the few side effects observed in vaccinated patients. The French High Health Authority has explained that in general, after inoculations, most people have experienced discomfort at the site of the puncture, fatigue, headaches or muscle pain, but they are “of a weak or moderate intensity, and disappear after a day or two. “

On January 14, the same authority reported that “six serious unwanted effects with favorable evolution had been observed.” These are “four cases of allergic reactions and two cases of tachycardia.”

Finally, according to Jocelyn Raude, professor and researcher at the School of Higher Studies in Public Health, quoted by the radio ‘France Info’, “as the rate of positivity for the detection tests of Covid-19 carried out in France has gone on the rise since the end of December, speeches on the subject of the vaccine have changed. “

At the beginning of January “it became aware of the benefits that this vaccine could have. This dimension until now had been a little forgotten in the equation,” says the researcher.

Juan Grabois repudiated the VIP vaccination: ‘There is a rural producer who is between life and death, and he deserved that dose’