Vaccination in the City: in addition to pregnant women, they register those who are breastfeeding 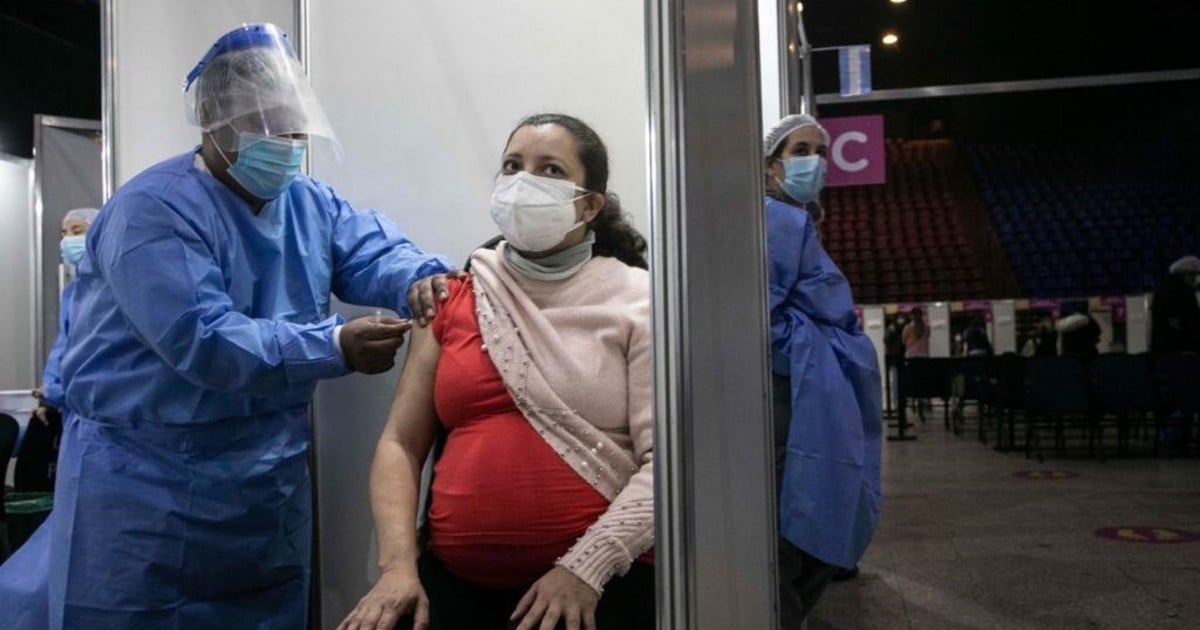 People who are in lactation period They can also sign up to get vaccinated against coronavirus in the City. They are added to the pregnant, which began to register last Friday, since when there was 8,300 registrants who have already started receiving their first doses.

Then, people who are breastfeeding and are over 18 years old must register and have a medical indication to be vaccinated, they must present at the time of receiving their doses.

Registration must be done through the official website buenosaires.gob.ar/vacunacovid under option “People with risk conditions, pregnant or lactating people”.

Then they will receive the appointments via email, WhatsApp and SMS, according to the order of registration. Once they are contacted, they will be able to select the date, time and place of preference through a personalized link. As in all cases, after receiving the vaccine they will remain for 15 minutes under observation. Those who require it may attend with a companion and it is recommended to attend 15 minutes in advance.

In the City, in addition to pregnant women, they also vaccinate people during their lactation period.

On the other hand, public vaccination centers were especially conditioned and they are strategically distributed throughout the Buenos Aires territory.

“Evaluating the risks and benefits, the opinion of the attending physician and also the patient, the State will apply the dose to pregnant people. In any case, there is sufficient security and there is no plausible mechanism for causing harm, “the Buenos Aires Minister of Health, Fernán Quirós, had said last week. Beyond the registration mechanisms, the City has enabled the email consultavacunacovid @ buenosaires.gob.ar.

Until this Friday, according to official information, the City reported having received 1,675,212 doses, of which 1,654,746 were applied, representing 98%. At the same time, 42.77% of the Buenos Aires population has at least the first component, while 11% have already received the second.

This week the Buenos Aires government received its share of the batches of immunizers from AstraZeneca and Sinopharm that arrived in the country. And at the same time he communicated a change in strategy, for which he will prioritize advance with second doses, especially in risk groups and among those who end within twelve weeks stipulated between a dose and the one that completes the scheme.

In the City, in addition to pregnant women, they also vaccinate people during their lactation period.

This change responds to the threat posed by the arrival of the Delta strain, which is already present in Europe and other countries in the world. In Argentina still no community circulation detected, but in the City Government they understand that, by completing the protection schemes, especially in the people most at risk, such as the older adults, the impact may be less.

“It is not a current problem, we will have it in the coming weeks or months. And for that we are working,” said Quirós, adding: “There is no doubt that we have a new wave ahead, probably linked to new variants. We know that this wave could be significant in terms of cases, but the damage it will generate will depend on the progress of the campaign. It will be postponed if we have the majority of protected porteños “.

Minister Quirós also affirmed this Friday morning that those who received the Sinopharm vaccine are up to date. Same with AstraZeneca.

In the case of Sputnik V, the official stated: “Until Thursday of last week we had been able to vaccinate everyone. And from Thursday to this part there are people who are waiting for the application. As soon as we receive the vaccines and, depending on the quantity, we will be able to communicate the day that we will continue “.

According to official information, there are some 60 thousand people Those who have the deadline to receive the second component of Sputnik V. According to the national government, a flight with component 2 will arrive from Moscow next week. And the Richmond laboratory, in Buenos Aires, will also begin to pack it. locally, although it is not known since when.