Vaccination in the City: from tomorrow they open the registration for people over 65 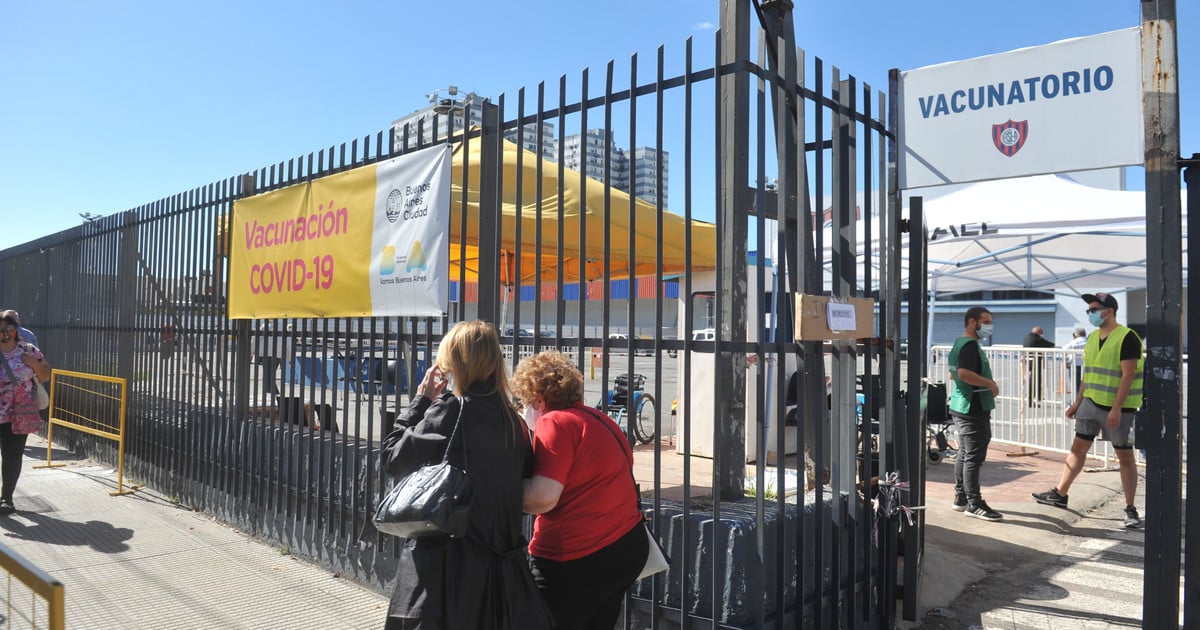 With the vaccination +70 and +75 concluded among the residents of the City, from this Tuesday at 8 o’clock the registration will open, via web, for the adults over 65 years of age. According to official data (Statistics and Censuses of the City) it is a population of around 140 thousand inhabitants. This will be Stage 3 of the vaccination plan that follows the guidelines of the National Ministry of Health. And it was reported that the first shifts will be awarded for Tuesday.

The City sold out most of the vaccines it had available on Friday. But on Sunday he received 54,000 doses of AstraZeneca vaccines that arrived the same day on a KLM flight. A total of 799,000 doses were provided by the Covax Global Access for Vaccines fund (an agreement promoted by the WHO and signed by 172 countries). Usually the City receives 7% of the total; this time the percentage was somewhat lower, 6.3%.

AstraZeneca’s has a simpler distribution logistics than Sputnik V, basically due to its conservation and the type of equipment it requires for it. The first (like that of Chinese origin, Sinopharm) is kept cold between 2 and eight degrees (a commercial refrigerator and even home) and the second, at -18 degrees “for all stages of storage and transport, from the moment of production until its use “, according to the memorandum of technical guidelines for vaccination against Covid published by the Ministry of Health of the Nation.

To these from AstraZeneca are added the Sputnik V, which arrive this Monday. From this shipment – with a total of 800,000 first doses – the City should receive around 56,000 vaccines. In other words, between the two, I would have the necessary amount to apply 80% of those over 65 years of age.

The registration will be carried out as in the previous stages. It is a simple procedure. Neighbors have to enter the official Web and choose the corresponding group (the previous stages are still enabled, for health personnel and those over 70). And later load the required data: name, document number (you must also have the DNI processing number at hand), address and contacts. Mail, SMS or WhatsApp because by any of these channels they will be contacted to organize the shift. You can also register through the 147.

According to the City’s open data website, the Buenos Aires government received 506,000 first doses of vaccines; 100% were applied. While another 104,900 second doses were received, of which 99,048 were applied. The vast majority of these second doses are Sputnik V and they were placed in health personnel who work in public hospitals (72,844, according to data updated to April 18).

In addition, according to data provided by the Buenos Aires government, they have already been vaccinated with a dose 137,621 adults over 80 years of age, 163,391 between 70 and 79 years old and 14,164 nursing home residents.

Once the application is completed among those over 65, vaccination will continue with those over 60. Stage 4 contemplates strategic staff. According to the Nation’s calendar, the personnel of the Armed Forces, Security and the Penitentiary Service are included. The City considers that there are also teachers, among whom 17,859 people were vaccinated out of a total of 45,839 registered.

Stage 5 contemplates vaccinating people between the ages of 18 and 59 with risk factors such as diabetes, obesity, and chronic cardiovascular, kidney, and / or respiratory diseases. Stage 6 continues with the rest of the strategic staff.

Total vaccination in the country

So far Argentina has received a total of 8,932,600 doses of Covid vaccines. This figure includes the two flights that arrived in these hours, with shipments of AstraZeneca and Sputnik V. According to data from the Public Vaccination Monitor of the Ministry of Health (last update this Monday at 6 am), 6,334,554 doses were applied, of which 5,534,225 correspond to the first dose and 800,329 to the second.

From the 'reality show' to spending 22 hours without leaving her cell: this is the life of Emma Coronel in prison

Hamdan bin Mohammed: We have great confidence in our youth … and their empowerment is at the forefront of our priorities