Vaccination in the City: from the second doses for the youngest to the ‘bump’ with Sputnik 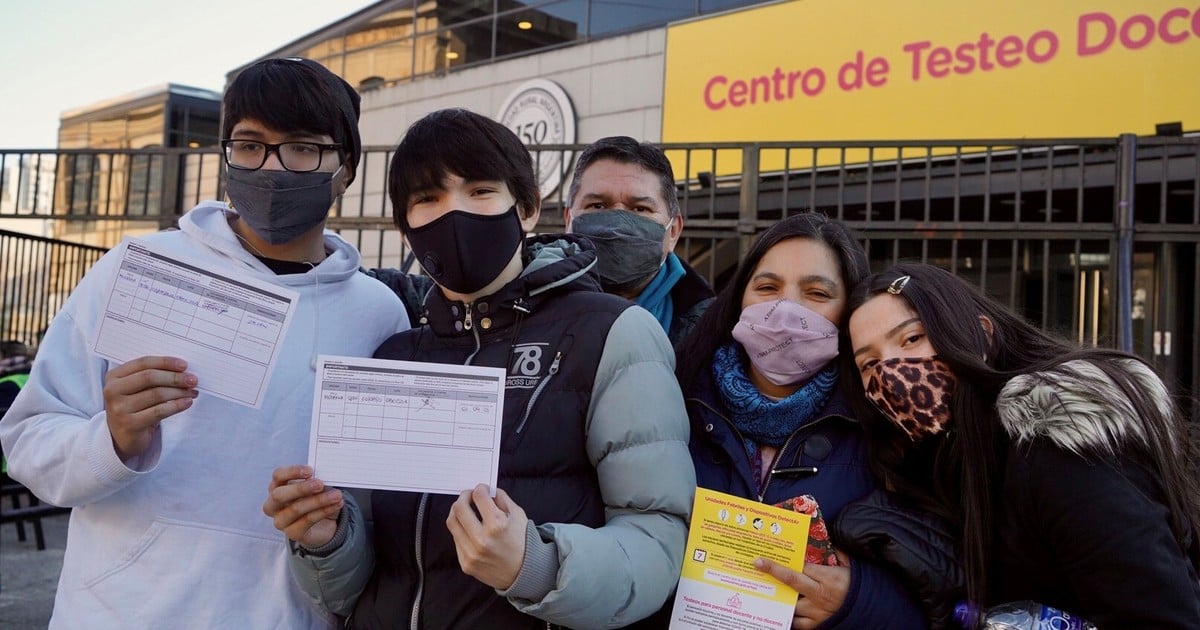 The City of Buenos Aires continues with a vaccination campaign against Covid that travels winding roads. The fluctuation in dose entry into the country In some moments it forces the number of applications to be lowered, and in others it allows the use of all the logistics and available posts. This was seen in these days. The week started with the inoculation of 20 thousand doses on Monday; then there was a spike of 28 thousand on Wednesday, but on Thursday dropped to 11,000.

From the Buenos Aires government they estimate that in the next few days they will have to deploy all the personnel and the 34 vaccinations to inoculate at a good pace. The reason is that in a matter of hours they would enter Sinopharm vaccines. Between Wednesday and Saturday the City will have received around 150 thousand doses, out of a total of 2,304,000 to be distributed among all the jurisdictions of the country.

According to sources from the Buenos Aires Ministry of Health, it is expected that a part will go to complete the diagrams of the neighbors who have already completed the weeks interval between the first and second doses. According to the national authority, this period should be between 21 and 28 days after the first application. The City did not specify how many people were defeated by this scheme.

“This entry of vaccines is important because we need to complete schedules. We know that coverage with a single dose of Sinopharm is less to that of the rest of the vaccines that we have in the country, that is why it is necessary to speed up the inoculation, “they say in Health.

The entry of Sinopharm vaccines will allow completing schedules, especially among the youngest. Presidency photo

And they detail: “The one of Sinopharm is the vaccine that has been applied the most in the young population and also in private care medical professionals. A gap between the last delivery of these vaccines and the arrivals at this time, that’s why we are going to put all the energy in reaching the largest number of people quickly, “they explain.

The City currently has capacity to inoculate between 34,000 and 35,000 people in one day. The last flights with cargoes from Sinopharm had arrived in the country in late July. In the remainder of August, the Chinese laboratory made a commitment to Nación to deliver another 6 million vaccines.

On the other hand, the Buenos Aires government understands that it has a portion of the target population that is “laggard”; between them around 30,000 and 40,000 young people, between 18 and 24 years old, who have not yet registered and they are not vaccinated.

Part of this population is in vulnerable neighborhoods, where the City decided to intensify the campaign. In villas 31, 21.24, 1.11.14, Ciudad Oculta and 20, the five largest, there are permanent posts where residents can approach spontaneously, without a shift. And recently a mobile post was inaugurated to visit these neighborhoods.

Another growing concern is that of neighbors inoculated with AstraZeneca. With this vaccine, a pothole has also been generated that puts the health authorities on alert. This week a shipment of 381,000 doses entered the country to be distributed in the jurisdictions. The City received a large percentage, which was double what it received overall: they were 47,000 doses, almost 12.5% ​​of the total (usually receives 6.5%).

According to open data, in Buenos Aires territory 1,012,036 AstraZeneca vaccines were inoculated; of these 683,373 are first applications and 328,663 are second doses. In other words, there are also people with the expired scheme.

What about the second dose of Sputnik

With the Sputnik V a concern continues that for the moment cannot be reversed. The combination with Moderna made it possible to complete the pending schemes for almost all of the residents who had pending schemes. According to Health estimates, there were 180,000 people in this situation, some of them with up to 4 months of waiting.

But again doubts arise regarding two issues: one, the local manufacture of this vaccine, at Richmond Laboratories. While it was announced that there are 3 million doses in production, not yet distributed, despite the promises of the head of the laboratory and even President Alberto Fernández.

A vial of Sputnik sent by the Richmond Laboratory to the Gamaleya Institute. Locally produced vaccines have not yet been distributed.

The other concern that persists is the shipment of the vaccines from Russia. The agreement that Argentina has with that country expected delivery of 30 million doses of both components during the first semester of 2021. Particularly component two has a level of delay that forced jurisdictions to activate combination trials.

At this time the Minister of Health of the Nation, Carla Vizzotti, and the presidential advisor Cecilia Nicolini they are in russia, with the purpose of reviewing the delivery schedule. The Nation did not officially report the results of the planned meetings.

Meanwhile, the City already used almost all available Moderna vaccines to combine with Sputnik and has about 12 thousand in reserve. This stock is the one that will be inoculated as second doses to adolescents between 12 and 17 years of age with comorbidities.