Vaccination for people over 65 in the City: since when and how should they register 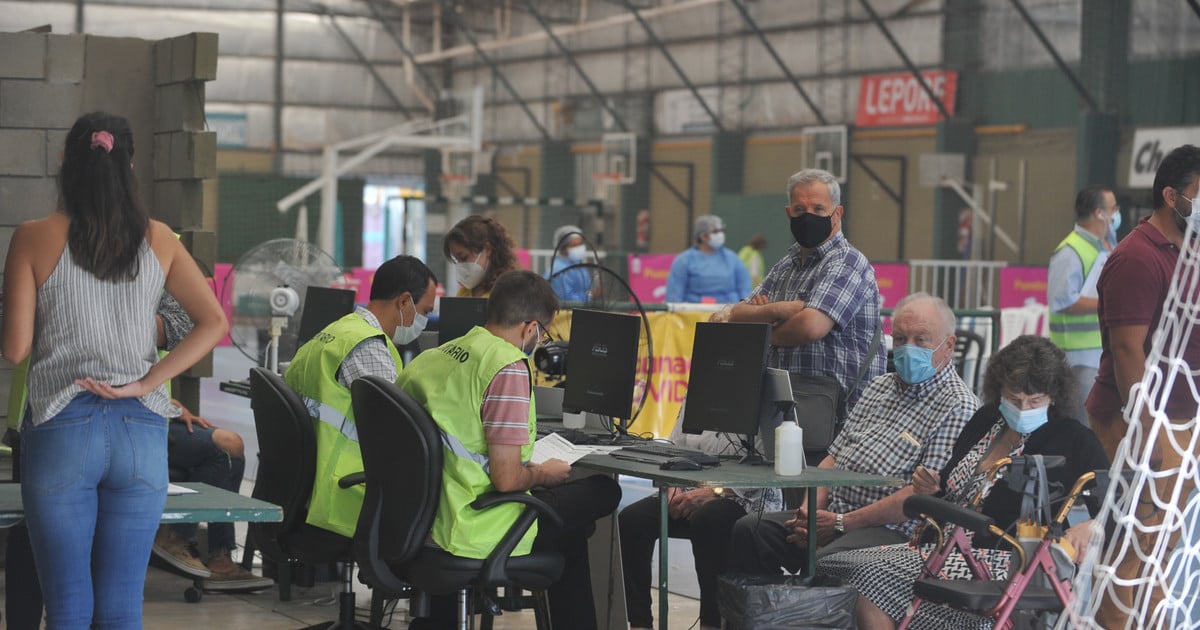 Registration to vaccinate those who have between 65 and 69 years will start this Tuesday in the city. According to sources from the Buenos Aires government, the first shifts could even be assigned immediately, since the district received more than 50 thousand doses of the vaccine from Oxford and AstraZeneca who arrived in the country on Sunday.

.In addition, in the City they will receive a similar number of doses of Sputnik V that arrived in Ezeiza on Monday night. With this, it will be possible to advance in stage 3 of the stipulated plan, which will continue with those between 60 and 64 years old.

Since when can those between 65 and 69 years old register?

Starting this Tuesday at 8 Those over 65 years of age will be able to register. According to official data (Statistics and Censuses of the City) it is a population of around 140 thousand people.

How can you make an appointment?

To register, the Buenos Aires Ministry of Health announced that people must enter to the City’s website and complete the form with personal data. Those who have difficulty doing it through a web page can also communicate with the number 147.

Enrollment can be done by each person or referred to a family member.

Then a link is sent via email, SMS or WhatsApp, so that people can enter and choose the day, time and place of the vaccination closest to your home.

Once this step is completed, a shift confirmation is sent through the communication channels that each one declared.

What to do on the day of the shift?

On the day of the vaccination, the neighbor who is summoned must present himself with his ID at the center on the day and time indicated in the shift and await the call from the health team to receive the vaccine. After receiving the dose, you will have to spend half an hour under observation.

Vaccination of those over 65 will take its first step this Monday in the City. Photo Luciano Thieberger.

Once this period has elapsed, the neighbor will be given the corresponding certificate and he / she will be able to return to his / her home.

What about the second dose

Each neighbor will be contacted again in order to assign the turn for the application of the second dose, which may be provided after a 12-week interval.

As ordered by the Federal Health Council, the second application of the COVID-19 vaccine is made from an interval of 12 weeks after the first dose. This decision was made throughout the country to vaccinate more people in less time, due to the lack of vaccines.

The City Government reported that it is developing a door-to-door operation. As of this Monday night, according to official information, 14,164 residents of most of the 498 institutions in the City had been vaccinated.

The Buenos Aires government, according to what the national government set, already has almost complete stage 1, for him health personnel. Stages 2 and 3 are for people over 80, 70 and 60. The latter will be able to register when they advance with the phase for those over 65.

Then in the stage 4, there is the “strategic” staff. The City has already vaccinated some 16,000 teachers, who share that category with security force personnel, among other public agents. It still remains to be defined if once the over 60s are finished progress to stage 5, which involves people between 18 and 59 considered risk group due to previous diseases.

Crown Prince of Umm Al Quwain: The unification of the armed forces is a precious occasion

Main differences between the Super League and the Champions League