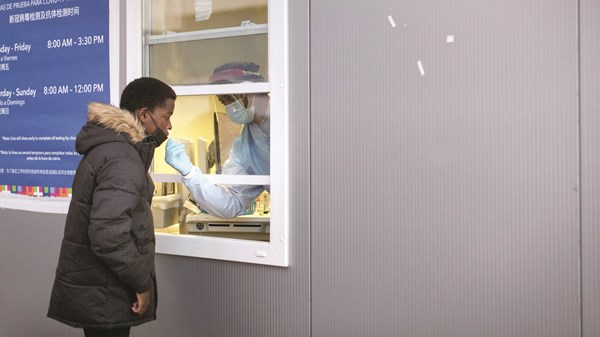 A resident of the American city of New York undergoes a test for the “Covid-19” virus, from behind a small glass window, as a nurse takes a sample of his nasal fluid. Last Thursday, New York City recorded 23,000 new cases of the virus, which is a record number since the epidemic began at the beginning of the year 2020. However, the number of infected people detained in the city’s hospitals is relatively low, which is attributed to the high rates of vaccination, which in turn is a reason to abandon Many about the previous preventive and precautionary measure, including physical distancing! (Image via The New York Times)