USA, the prestigious Pulitzers in investigations and reports on pandemic and racism 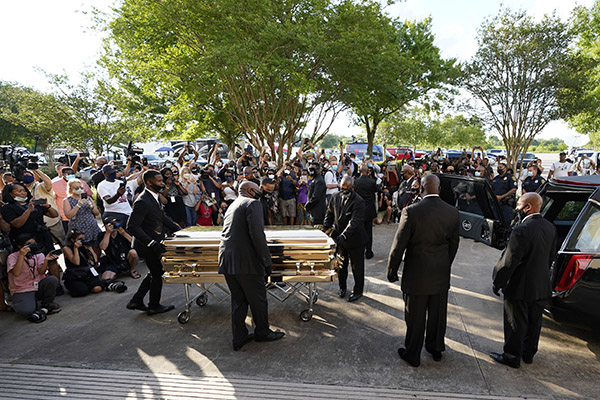 The Pulitzers, the most prestigious awards in the United States ($ 15,000 per category) established in 1917 in memory of publisher Joseph Pulitzer, awarded the local newspaper The Minneapolis Star Tribune for its live coverage of the murder of George Floyd in May 2020.

Reuters agency and The Atlantic magazine received the award for reports on US police abuse and the Coronavirus crisis, respectively.

Pulitzer Public Service went to The New York Times for daily information on the pandemic. The inquiries highlighted “racial and economic inequalities in the United States and abroad”.

The Journalism Nacional award went to The Marshall Project, AL.com, IndyStar and the Invisible Institute for inquiries into the vital consequences of police dog bite wounds.

Prize and special mention, for highlighting the crucial role of citizens in journalists’ search for truth and justice, were given to Darnella Frazer, the 17-year-old who filmed Floyd’s eight-minute agony under knee pressure. by agent Derek Chauvin.

Spanish photographer Emilio Morenatti of the Associated Press agency won the best photographic reportage for his moving works on the Coronavirus drama among the elderly in Spain.

Not only pandemic and racism in the awards but also the much contested presidential election, one of the ugliest in US history.

The Marshall project, which focuses on criminal justice issues, along with local Alabama newspapers The Birmingham News and Indianapolis IndyStar, in partnership with the Invisible Institute, received the National Journalism Award for their one-year investigation: When Police dogs are the Weapon, on the victims of police dog bites.

Finally, the video of African American Darnella Frazier, used as evidence in the police trial, played an important role in igniting a global protest movement against police violence. Frazier said she was proud of having recorded Floyd’s murder, even though it became a “life-changing traumatic experience”.