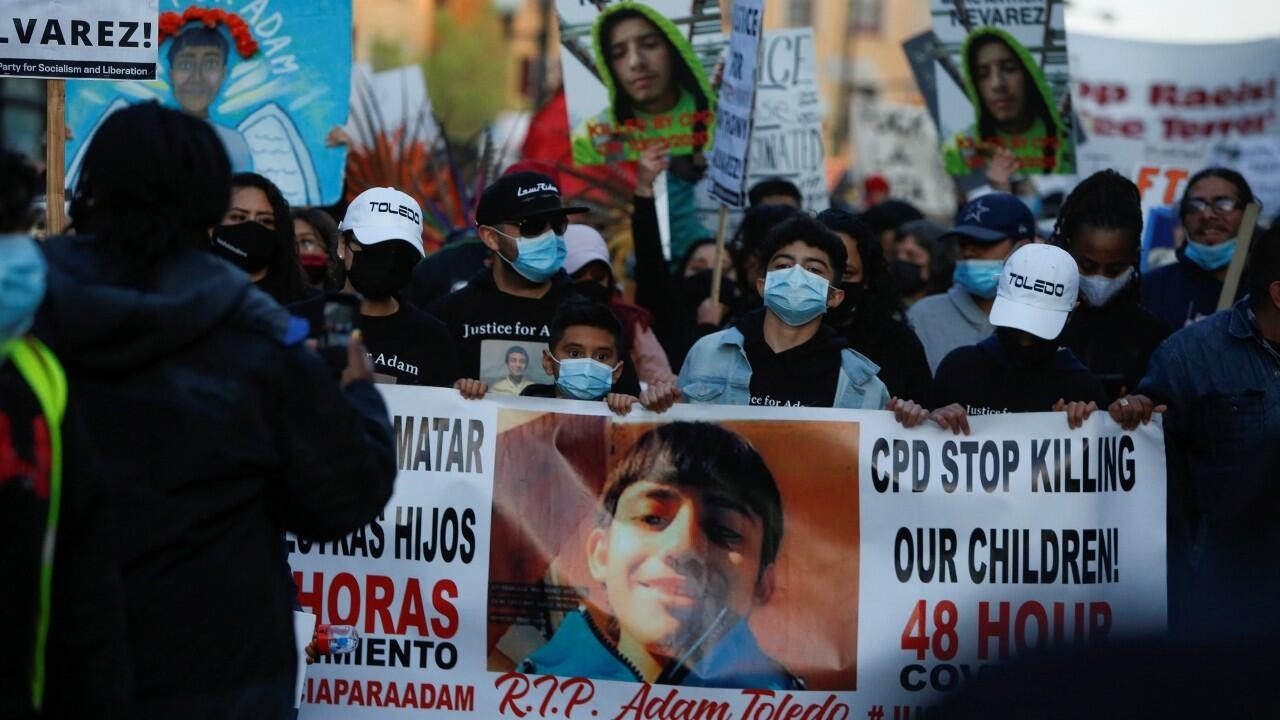 The death of a 13-year-old Latino by the shooting of a police officer in Chicago in late March sparked new protests against the brutality and racism of the security forces in the United States. This new case adds to the death marches against Daunte Wright, a 20-year-old African-American who was also shot dead by an agent in a Minneapolis suburb.

A new scandal over alleged racially charged police abuse shakes the United States. This time, the facts were presented against a minor of Hispanic origin, 13 years old, identified as Adam Toledo.

A nine-minute video, recorded by the body camera of Eric Stillman, the officer involved, shows the 34-year-old police officer chasing and shooting Toledo in Little Village, a working-class neighborhood in western Chicago with a large population of Mexican Americans.

The events were recorded on March 29 at 2:30 am. According to the images, Toledo appeared to be holding a pistol that he dropped at the request of the uniformed man and stopped in an alley with his hands raised.

Immediately afterwards Stillman shot him, killing him. The officer is then seen trying to revive the teenager.

The police officer involved is in administrative service awaiting an investigation into the incident. However, there are those who defend their actions.

John Catanzara, president of the Chicago Police Fraternal Order union, assured that Stillman had only eight tenths of a second to make the decision to shoot and that his maneuver was justified. “The actions of that officer were really heroic,” he said.

The release of the video occurred at a time when tensions increased throughout the country for what is considered racist violence.

Contrary to Stillman’s defenders, many recriminate the shooting of the under-13-year-old. Hundreds of people marched through the streets of Chicago on Friday to protest against the policeman who shot Adam Toledo, a day after the video of the events was released.

With shouts like “Hands up, don’t shoot!” and “Without justice there is no peace!”, the protesters demanded justice for Toledo and demanded to stop what they called “racist police terror” during a peaceful march.

Citizens observed a minute of silence and expressed their solidarity with the teenager’s family, who had implored the protesters to speak in peace. The mobilization began in Logan Square Park, about 5 miles north of where the minor died.

Racism and police brutality, back in the spotlight

A few days ago, a white officer from a Minneapolis suburb also fatally shot a young African American, Daunte Wright, during a traffic inspection. Now he faces charges of murder in the second degree.

The events occurred in the same city where the trial takes place against the police officer Derek Chauvin, accused of killing George Floyd in 2020. The images of that death went around the world and caused a wave of protests inside and outside the United States.

With the deaths of Daunte Wright and Adam Toledo, Americans have returned to the streets to protest racism and police brutality. However, despite calls to reevaluate the tactics of the security forces, history repeats itself.

Axel Kicillof negotiates vaccines against the coronavirus, but says that the purchases will be made by the Nation

Once built in Kiel: submarine with 53 sailors missing off Bali