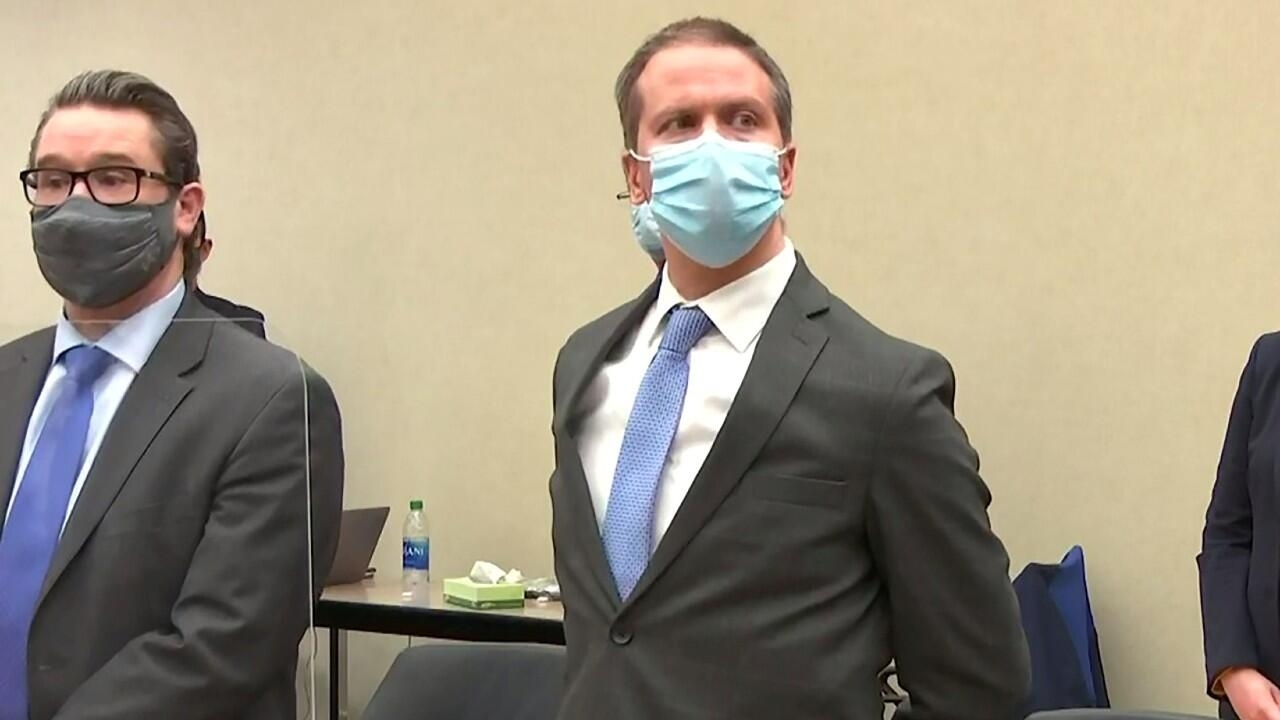 This April 20, the jury in charge of the case of the death of the African American, George Floyd, which occurred in May 2020, found former police officer Derek Chauvin guilty of murder in the second and third degree and involuntary manslaughter. Hours earlier, President Joe Biden ruled in favor of a “correct” verdict in support of Floyd’s family.

Eleven months after the death of George Floyd, the case that generated one of the largest waves of protests inside and outside the United States, a verdict is known.

Former police officer Derek Chauvin, charged with pressing his knee on the victim’s neck for about 8 minutes to the death, has been found guilty of all charges brought against him for the death of African American George Floyd.

However, Chauvin could have a penalty reduction for not having a criminal record.

The juries reached this opinion after the presentation of arguments phase ended on Monday. The prosecution assured that Floyd did not represent a threat and reproached Chauvin for not having “common sense” when detaining a citizen, for which he described his actions and that of three other officers involved as “irrational”.

The defense, for its part, tried to disprove the argument of the prosecution that the 46-year-old African-American died as a result of the pressure of Chauvin’s knee on his neck. “There is no evidence of any brain injury consistent with a death from suffocation,” said Eric Nelson, attorney for the former officer.

But an independent autopsy commissioned by the victim’s family concluded last June that Floyd died of asphyxiation. Due to a “compression of the neck and back” that led to a “lack of blood supply” to the brain.

According to the report of the specialists, both the weight of agent Derek Chauvin on Floyd’s back, as well as the friction of the handcuffs they put on him and the posture with which they laid him on the floor contributed to the paralysis of his diaphragm.

Floyd’s death occurred on May 25, 2020, in Minneapolis, after a store manager called the police accusing Floyd of paying him with a fake $ 20 bill.

The images of the submission against the African American and that were recorded by witnesses caused outrage, showing that the officer continued to press his knee on the victim, despite his insistent warnings about breathing difficulties.

In 2020, Chauvin was willing to plead guilty to third degree murder for Floyd’s death, but then-Attorney General William Barr personally blocked the plea deal, justifying that it was too early to end the case, as the investigation into Floyd’s death was still at an early stage.

That action would have avoided any federal charge, including one for violation of civil rights, the process of which is being carried out by the Department of Justice and remains independent of the ruling of this trial. It focuses against Chauvin and some witnesses, including the other three officers who were present.

Biden said he was “praying for the verdict to be correct”

Hours before the ruling, President Joe Biden issued unusual statements about the trial when he said he was “praying for the verdict to be correct.”

The leaders do not usually take sides in criminal matters and the White House had to come to the defense by pointing out that Biden only intended to show sympathy with the family, but not to interfere in a judicial decision.

President Biden called George Floyd’s family to express his support, saying that he was praying for the “right verdict” in Derek Chauvin’s trial. He defended his decision to weigh in on an unresolved trial, saying he waited until the jury was sequestered. https://t.co/ZWPFtNw69B pic.twitter.com/6Q1yzk7y9C


Although the president has spoken repeatedly about Floyd’s death, he had not had an opinion on the Chauvin trial. The deceased man’s brother, Philonise Floyd, said the president “knows what it’s like to lose a family member … so he was just letting us know that he was praying for us and hoping everything would work out.” stressed.

However, the declarations of the head of state heated the spirits, since the defense had asked to annul the judgment by comments of public officials that could “poison” the jury against the accused.

He was referring to the words of Democratic Rep. Maxine Waters, who said that Americans should stay on the streets and demand justice if Chauvin was not convicted of murder.

Judge Peter Cahill, who is presiding over the trial, rejected the annulment of the process, but cracked down on politicians for damaging the case with their public pronouncements.

“I would like elected officials to stop talking about this case, especially in a way that is disrespectful to the rule of law and to the judiciary and our role,” Cahill said shortly after sending the jury to deliberations of the case, isolated in a hotel.

George Floyd’s case is also seen as a test for Biden, who vowed to help combat racism and police abuse and received overwhelming support from the African-American community, following protests that swept across the country with slogans such as “ Black Lives Matter ”.

Climate Marjan Minnesma got tired of the climatic scum of her homeland: first she brought 50,000 solar panels from China and then sued the whole state