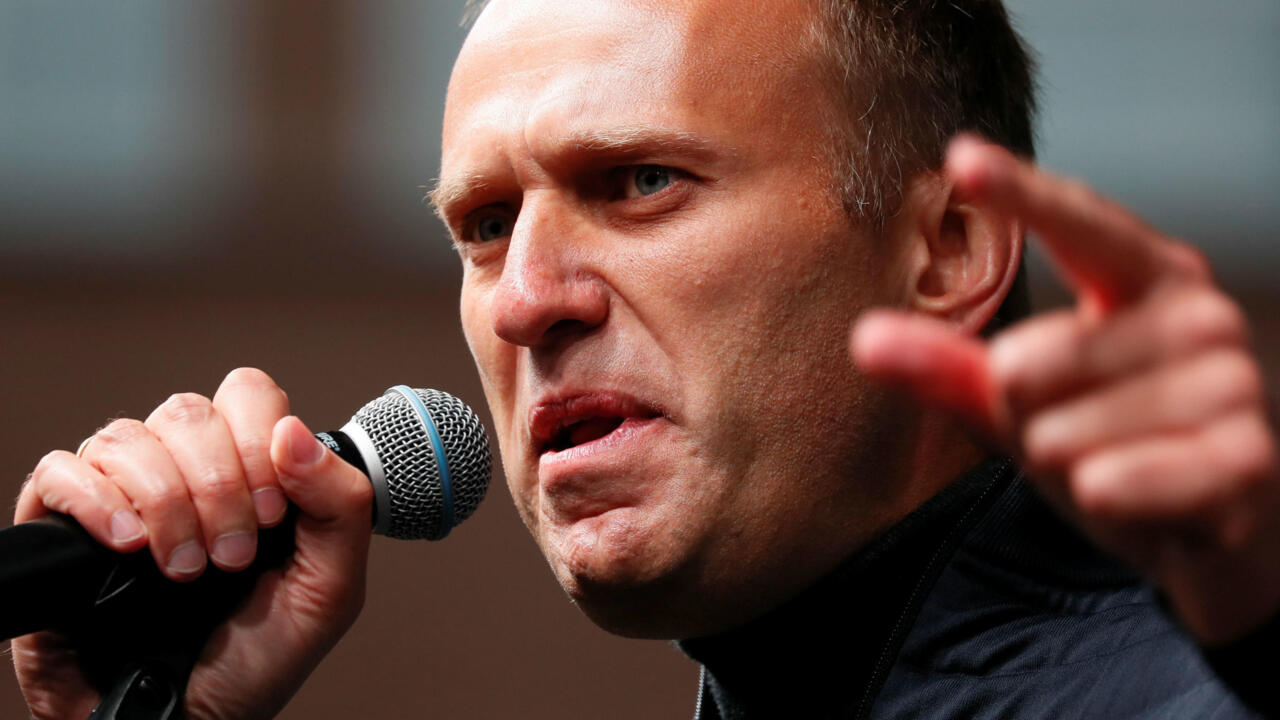 The US government told Russia that “there will be consequences” if Kremlin critic Alexei Navalny dies. The opposition leader faces a growing risk of kidney failure and his vision is deteriorating, after more than two weeks on a hunger strike that began due to lack of adequate medical access. Britain joined the pressure on this issue against Moscow and Navalny’s allies called for nationwide protests for next Wednesday, aimed at “saving his life.”

Pressure is mounting against Moscow to grant independent medical access to jailed opposition leader Alexei Navalny. But the Kremlin has not yet relented.

This Sunday, the national security adviser to US President Joe Biden, Jake Sullivan, assured that the government informed Russia that “there will be consequences” if the Kremlin critic dies in prison.

“We have communicated to the Russian Government that what happens to Mr. Navalny in their custody is their responsibility and the international community will hold them accountable (…) In terms of the specific measures that we would undertake, we are seeing a variety of different costs that we would impose and I am not going to say that publicly at this time, but we have communicated that there will be consequences if Mr. Navalny dies, “he said.

The United States on Sunday warned Russia of “consequences” if the hunger-striking Kremlin critic Alexei Navalny dies in prison, as the opposition politician’s team called for mass protests across Russia to help save his life https://t.co/qeovaoVkwE


Navalny, 44, a prominent opponent of Russian President Vladimir Putin, began refusing food on March 31 to protest the lack of adequate medical treatment for his leg and back pain.

Navalny believes that the prison authorities refuse to have his trusted doctor visit him because “they fear that the loss of sensation in my legs is linked to my poisoning” and added that he should have “the absolutely guaranteed right to be examined by an independent civilian doctor ”.

The lawyer has also pointed out that the prison authorities refuse to be visited by his trusted doctor because “they fear that the loss of sensation in my legs is linked to my poisoning”, which he suffered in 2020 with the nerve agent Novichok and from which accuses the Kremlin.

Navalny is currently facing an increasing risk of kidney failure, her vision is deteriorating, and her potassium level is elevated.

According to laboratory tests managed by the Doctors Alliance union, his situation is “critical”, because tests indicated that his kidneys could soon fail, leading to cardiac arrest.

For their part, the Russian authorities affirm that his state of health is “satisfactory” and that an example of this is that he has not contracted Covid-19.

But in the face of worrying health reports from Navalny, several governments are trying to persuade the Putin administration. In the last hours, the United Kingdom urged Moscow for his release and immediate medical access.

“The UK is deeply concerned by reports of the unacceptable treatment of Alexei Navalny and the continuing deterioration of his health. Mr Navalny must have immediate access to independent medical care. We reiterate our call for his immediate release from his politically motivated imprisonment. “said a spokesman for the Ministry of Foreign Affairs in a statement.

Deeply concerned by Alexei @navalny‘s deteriorating health. Russian authorities must grant him immediate access to medical professionals he trusts. We hold them to account for ensuring his safety & health.


The European Union also joined these calls. “We ask the Russian authorities to allow him immediate access to the medical professionals he trusts (…) The EU will continue to demand his immediate and unconditional release, as we consider that his sentence is politically motivated and goes against international obligations to human rights of Russia “, said this April 18 the head of foreign policy of the European Union, Josep Borrell.

EU foreign ministers are expected to discuss the Navalny case on Monday, and Borrell vowed to hold Moscow accountable on the matter as well.

Pressure is also mounting within Russian borders. Navalny supporters announced this Sunday that for next Wednesday they have called for protests throughout the country aimed at “saving the life” of the opponent.

They claim that it will be mass demonstrations in the heart of Moscow and St. Petersburg, among other places.

Leonid Volkov, one of the main strategists of the Navalny team, said that the mobilizations were called three days in advance because “his life is at stake (…) We do not know how long he will be able to hold out, but it is clear that we do not have time”, stressed.

The Russian authorities have already forcibly broken up pro-Navalny protests, in which they have detained thousands of people and the demonstration scheduled for Wednesday will be the same day that Putin will deliver a state of the nation address.

The outlook would set a new confrontation, which Navalny’s allies describe as the last chance to prevent Russia from sinking into “darkness.” “A really tough final battle is coming between normal people and absolute evil,” they said.

Navalny has said prison authorities threaten to put him in a straitjacket to force-feed him unless he accepts food. Some activists have called for him to be flown out of the country for emergency medical care.

After saving himself from the poisoning he suffered in August 2020 during a flight between Tomsk, Siberia, and Moscow, for which he was transferred to Germany, Navalny returned to his country despite the threats.

Last January, when he was about to return, he was arrested at the border. Subsequently, he was sentenced to two and a half years in jail for violating the terms of probation. The accusation dates back to 2014, when he was accused of embezzlement, something that Navalny rejects and declares that they are false accusations with political motives.