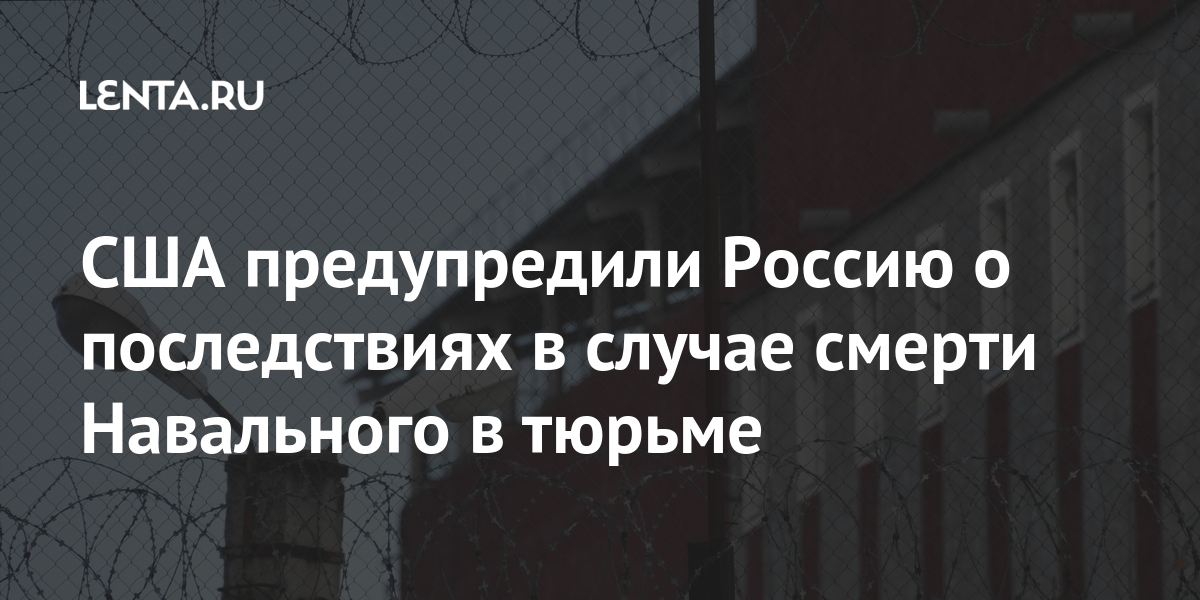 If the founder of the Anti-Corruption Fund (FBK, included by the Ministry of Justice in the register of organizations performing the functions of a foreign agent) Alexei Navalny will die in prison, the consequences for Russia will come. This was warned by Assistant to the President of the United States for National Security Jake Sullivan, reports TASS…

He also answered a question about the summit of Russian President Vladimir Putin and US President Joe Biden. According to Sullivan, the meeting of the two leaders will take place subject to suitable conditions.

Earlier, on April 13, the Federal Penitentiary Service (FSIN) said that Navalny was transferred to the colony detachment from the medical unit due to his health improvement. Studies have not confirmed tuberculosis and coronavirus infection in the prisoner. The doctors assessed his state of health as satisfactory.

In early April, Navalny, who is serving a sentence in correctional colony No. 2 (IK-2) in the Vladimir region, was transferred to a medical unit with symptoms of acute respiratory infections. During the planned prophylactic medical examination, the prisoner was diagnosed with a high temperature. The first reports of his deteriorating health appeared at the end of March. The regional department of the Federal Penitentiary Service said that Navalny’s condition is considered satisfactory.

Alberto Fernández spoke of his criticized phrase about the 'relaxation' of the health system: 'I never said such a thing'

In space … running a rover and missions further to the moon and beyond!