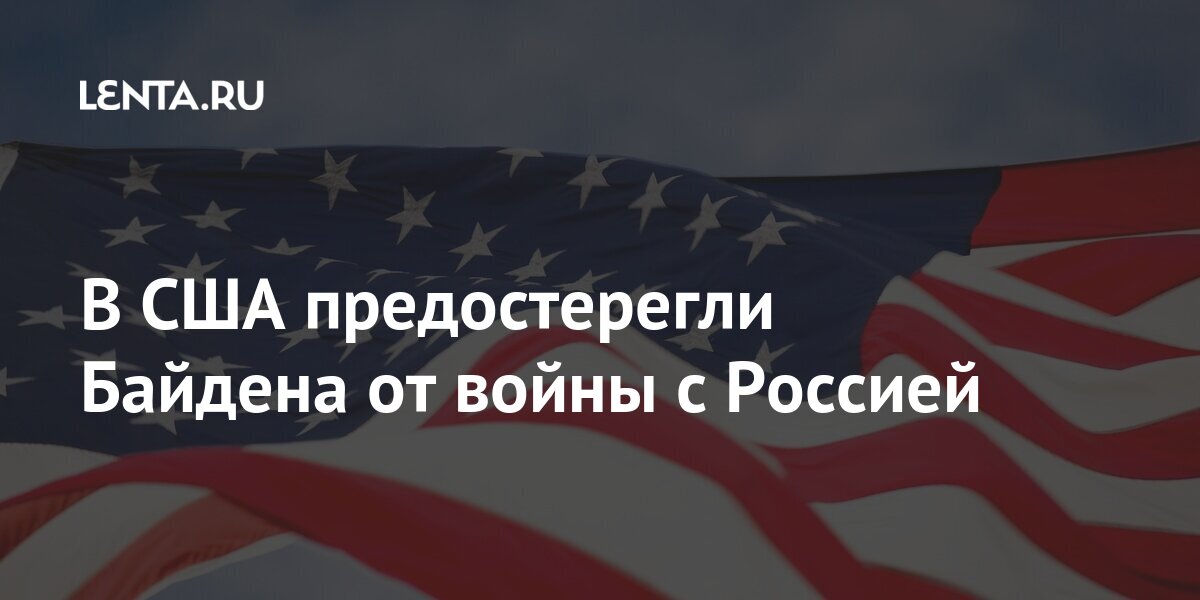 American journalist Bonnie Christopher warned US President Joe Biden against fighting Russia. He wrote about this in an article in the National Interest magazine.

For this, the observer said, Washington must return to the Open Skies Treaty and stop deploying troops in Syria, where Moscow has a military presence. Christopher stressed that the proximity of the two contingents is risky and unnecessary risk.

“It is equally important to prevent the deployment of Russian troops in Eastern Europe, especially in Ukraine, where Russia is currently reducing its troops. If this process is reversed, national security interests do not justify the possibility of an open war with Russia, ”the journalist noted.

Christopher concluded that the vital interests of the United States include the security, sovereignty, territorial integrity and power positions of Washington.

Earlier, US Secretary of State Anthony Blinken announced Biden’s desire to discuss with Russian President Vladimir Putin the stabilization of relations between Moscow and Washington. He added that the United States does not seek to aggravate relations with Russia, but will respond to those steps that it deems unfriendly. According to the head of the State Department, a direct conversation between the leaders will benefit both countries.

They ask for the arrest of Juan Suris, the financier of Bahía Blanca linked to Lázaro Báez

Government criticized Israel for ‘disproportionate use of force’