US restricts equipment purchases from Huawei and ZTE 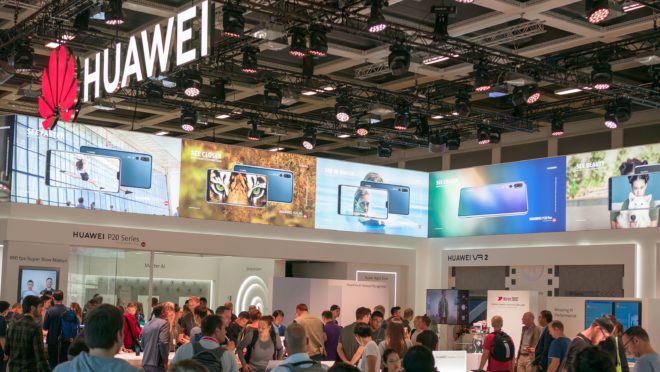 0
SHARES
4
VIEWS
Share on FacebookShare on Twitter
Huawei stand at a telecommunications fair in Germany in 2018.| Photo: Matti Blume/Wikimedia Commons

The Federal Communications Commission (FCC) of the United States voted in favor of limiting purchases of equipment from several Chinese companies, including Huawei and ZTE, considering them a “threat to national security”. This is the latest move by the US to restrict the use of Chinese 5G and other wireless technology providers in the country. The measure, unanimously approved by the FCC, will ban the telecommunications video surveillance equipment of five Chinese companies from being authorized in the US and will overturn existing authorizations.

In 2019, the FCC listed five Chinese companies as “a threat to the national security” of the US, including Huawei, ZTE, Hytera Communications Corp, Hangzhou Hikvision Digital Technology Co, and Zhejiang Dahua Technology Co. Huawei equipment was used by US telecommunications companies in rural areas so that devices with Android operating system work better, according to the specialized press.

Since the administration of former President Donald Trump, the US has led a global campaign to prevent Chinese companies, such as Huawei, from taking control of 5G networks, which allow much faster internet browsing and can facilitate vehicle development and autonomous techniques for remotely controlled surgery. The US government has already pressured the European Union to impose restrictions on Huawei, which is at the forefront of 5G technology development. The US is concerned that China will use Huawei’s 5G networks for spying, allegations the Chinese company denies.