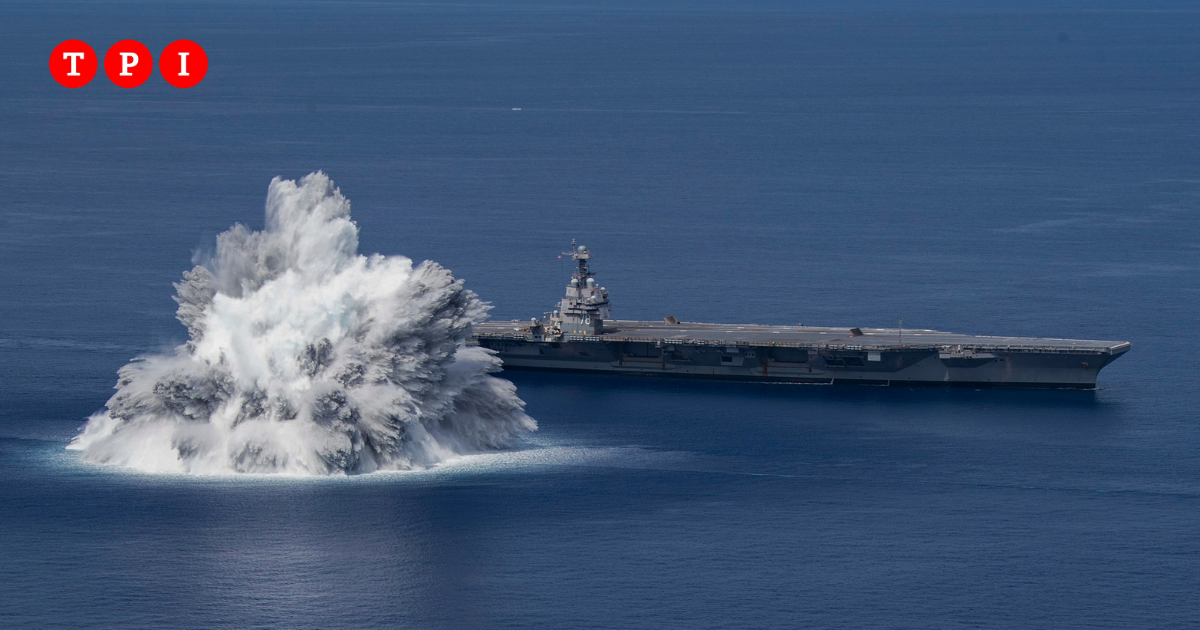 The United States Navy detonated a bomb weighing more than 18 tons to evaluate the ability of the aircraft carrier USS Gerald R. Ford to withstand conditions that its ships “could encounter in battle”.

The tutorial, the first in the series Full Ship Shock Trials (FSST), was conducted in the Atlantic Ocean, off the coast of Florida. After the exercises, the warship will undergo maintenance and repair work.

According to the US Geological Survey, the explosion was recorded as an earthquake measuring 3.9 on the Richter scale.