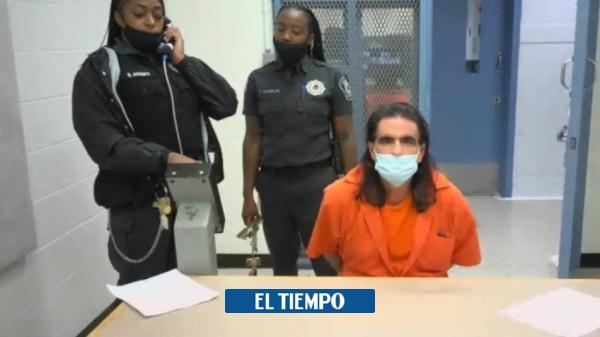 A US federal judge scheduled this Wednesday for October 11 the trial of the Colombian-Venezuelan Álex Saaballeged figurehead of the president of Venezuela, Nicolás Maduro, and who faces a charge of conspiracy to launder money in a court in Miami, Florida (USA).

In a hearing partially closed to the press and the public, the Prosecutor’s Office and the defense of
Saab mainly discussed the issue of the defendant’s alleged diplomatic immunity being aired in an appeals court in Atlanta, Georgia, in order to schedule the trial.

Saab was present at the hearing held in person in a beige prison suit, chained and with headphones to hear the translation.

Both Saab’s lawyers and the Prosecutor’s Office and the judge discussed the scheduling with a “realistic” date for the trial since it practically depends on the resolution of the Colombian-Venezuelan businessman’s appeal filed in July 2021.

Saab’s defense then urged the Atlanta-based Court of Appeals for the Eleventh Circuit to address the issue of diplomatic immunity.

He requested that the accusation be dismissed, arguing that his client has diplomatic immunity, and also points out that it is this court that must decide on the matter before the process continues in Miami.

At Wednesday’s hearing, Judge Robert N. Scola also scheduled a hearing on the status of the case on June 10 at the request of the Prosecutor’s Office.

However, the judge was suspicious of the rapid progress of the appeal process in Atlanta, a court that has a hearing for next April 4.

According to the defence, “Saab argued that the Court should address the issue of immunity, assert that immunity and Saab’s undisputed sanctity from arrest, and dismiss the indictment outright.” He adds that “treating Saab as a fugitive would be tantamount to denying him immunity.”

Saab, 50, was extradited to the US last October from Cape Verdewhere he was arrested as a result of an international arrest warrant requested by the US Justice.

The businessman faces a charge of conspiracy to commit money laundering in a Miami court, for which he pleaded “not guilty” on November 15 before Judge Alicia M. Otazo-Reyes.

Saab faces a sentence of about 20 years if he is found guilty of the only charge he has in the Miami court, a sentence that can be reduced if he makes a deal with the Prosecutor’s Office, which usually includes denunciation of other people.

War or negotiations: Russian supplies on the rise. Is this also a sign of a thaw?