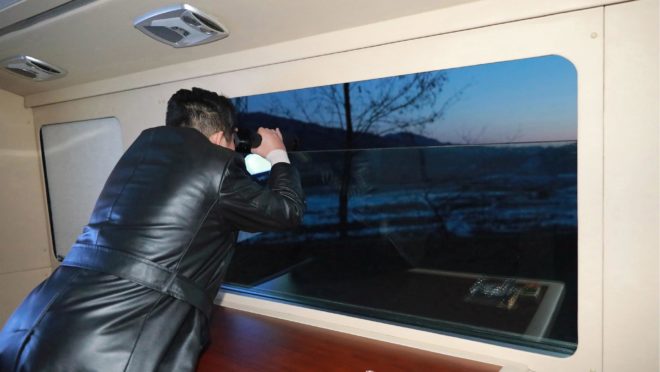 The US government has imposed sanctions against six North Korean citizens, a Russian and a Russian company responsible for procuring products for Pyongyang to develop weapons of mass destruction and ballistic missile programs.

One of the targets of the US Treasury Department’s Office of Foreign Assets Control (Ofac) is a North Korean living in Russia, Choe Myong Hyon, who allegedly supplied or attempted to supply goods or services to the Second Academy of Natural Sciences (Sans).

Sans is a North Korean organization that develops advanced weapons and has also been sanctioned by the United States Department of State in 2010 and the United Nations (UN) in 2013 for involvement in or support of weapons programs. of the North Korean dictatorship.

According to a statement from Ofac, Choe is a representative of an organization subordinate to Sans that acted in the acquisition of telecommunications equipment from Russia for companies in North Korea.

Sanctions were also applied by Ofac to four North Koreans based in China, representatives of organizations subordinate to Sans.

The other sanctions were announced by the US State Department. North Korean citizen O Yong Ho, Russian Roman Anatoliévich Alar and Russian company Parsek LLC were cited for involvement in activities or transactions that “materially” contributed to North Korea obtaining weapons of mass destruction.

All assets in the United States of the aforementioned individuals and legal entities were blocked. People and companies that carry out transactions with the aforementioned can also be sanctioned. In addition, any foreign financial institution that knowingly facilitates a significant transaction or provides significant financial services to any of the foregoing may be prosecuted or sanctioned by the United States.

Ofac’s statement highlighted that the aim is to curb the weapons programs of North Korea, which since September has tested six ballistic missiles, in violation of United Nations Security Council resolutions.

“North Korea’s latest missile launches are further evidence that the country continues to advance prohibited programs despite calls from the international community for diplomacy and denuclearization,” said Under Secretary of the Treasury for Terrorism and Financial Intelligence Brian E. Nelson.

2: 1 in Fürth: The very late luck of Eintracht Frankfurt