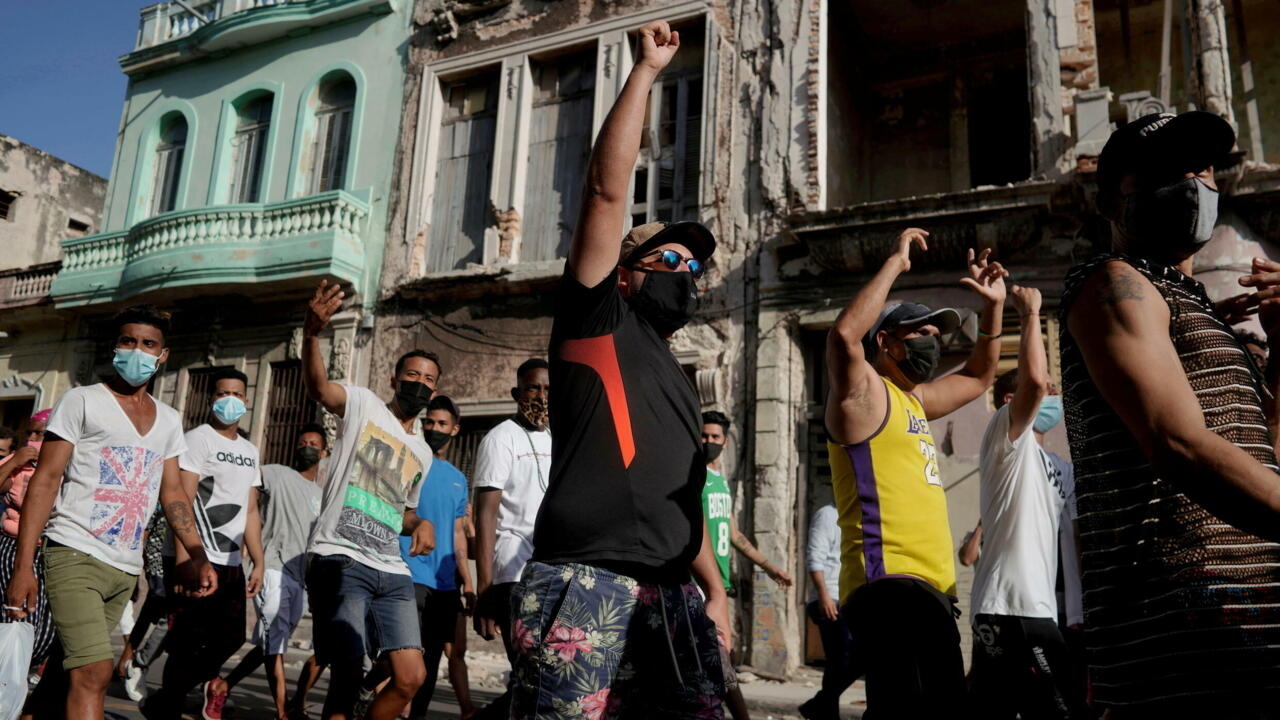 The Treasury Department imposed sanctions that freeze the funds of three Cuban officials, accused of suppressing the July 11 demonstrations on the island. This same August 19, Amnesty International named six detained protesters as “prisoners of conscience”.

Through a statement released on August 19, the United States Department of the Treasury informed of the new sanctions against Cuban officials for the accusations of repression against citizens who participated in the anti-government demonstrations last July.

The sanctions are directed at three officials of the island, among whom are the chief of the Central Army and the deputy chief of the General Staff of the Revolutionary Armed Forces of Cuba, who, according to the Treasury, were responsible for the units deployed during the demonstrations.

The third affected by these sanctions is a senior prison official, whom the US accuses of being behind the prison treatment of some 800 people arrested during the social outbreak.

These measures become the fourth round of sanctions that the United States applies to Cuban officials and entities amid accusations by Washington of repression for the protests.

The retaliation is framed within the Global Magnitsky Act, approved by the US Congress in 2012. Through this law, the US freezes the assets of those it finds guilty of human rights abuses and prohibits US citizens from doing so. business with them.

This same Thursday, the organization Amnesty International (AI) named six people detained in the protests as “prisoners of conscience” and accused the Cuban government of carrying out practices of repression of freedoms within the island in a systematic way.

“Following the peaceful protests held throughout the nation, the Cuban authorities, led by President Díaz-Canel, have intensified a policy of repression, applied for decades, which criminalizes peaceful protest and imprisons and mistreats Cuban people from all over the world. condition just for expressing their opinions, “said the entity in their website.

The human rights defender entity also accused the Cuban authorities of carrying out “new control tactics”, which according to AI include Internet censorship and interruptions “to control and cover up serious human rights violations,” said Erika Guevara Rosas. , AI Americas director, who called for the “immediate” release of hundreds of detainees.

The July 11 demonstrations were the largest in sixty years of the Revolution on the island. Citizens took to the streets to protest against the government amid the worst economic crisis that Cuba has experienced since the fall of the Soviet Union in the 1990s and amid widespread shortages of medicines, medicines and other basic goods while the country is going through its worst moment of the Covid-19 pandemic.