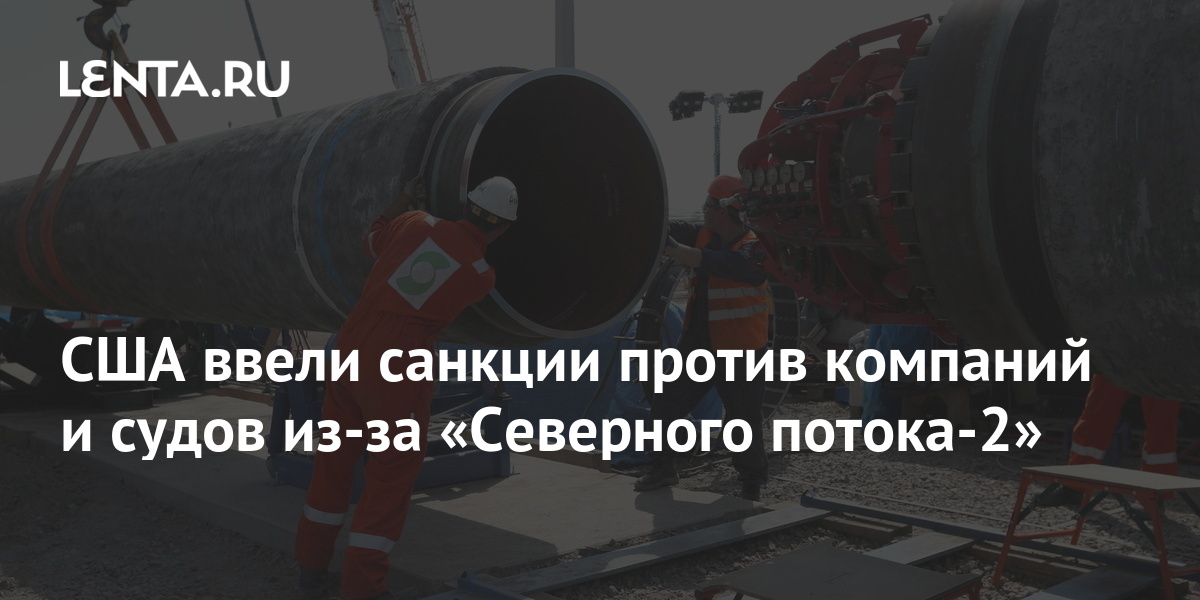 The US Treasury announced the imposition of sanctions against companies and ships associated with the construction of the Nord Stream 2 gas pipeline, reports TASS…

As explained in the department, we are talking about the companies “Nobility” and “Constant”, the courts “Ivan Sidorenko” and “Ostap Sheremet”. At the same time, restrictions will not be introduced with respect to the work of the “Marine Rescue Service” of Russia, which is not connected with Russian pipelines.

Earlier it was reported that US President Joe Biden issued a decree that would allow the introduction of sanctions in connection with “certain energy projects” of the Russian state, in particular, this concerns the Nord Stream 2 gas pipeline. The statement says that the decree of the head of state is aimed at strengthening the energy security of Europe.

The UK government has also imposed sanctions on seven Russian FSB officers believed to be involved in the incident with Alexei Navalny (founder of the FBK, included by the Ministry of Justice of the Russian Federation in the register of organizations performing the functions of a foreign agent, and recognized as an extremist organization). The restrictions include freezing the accounts of the accused persons in British banks, as well as a ban on entry into the UK.