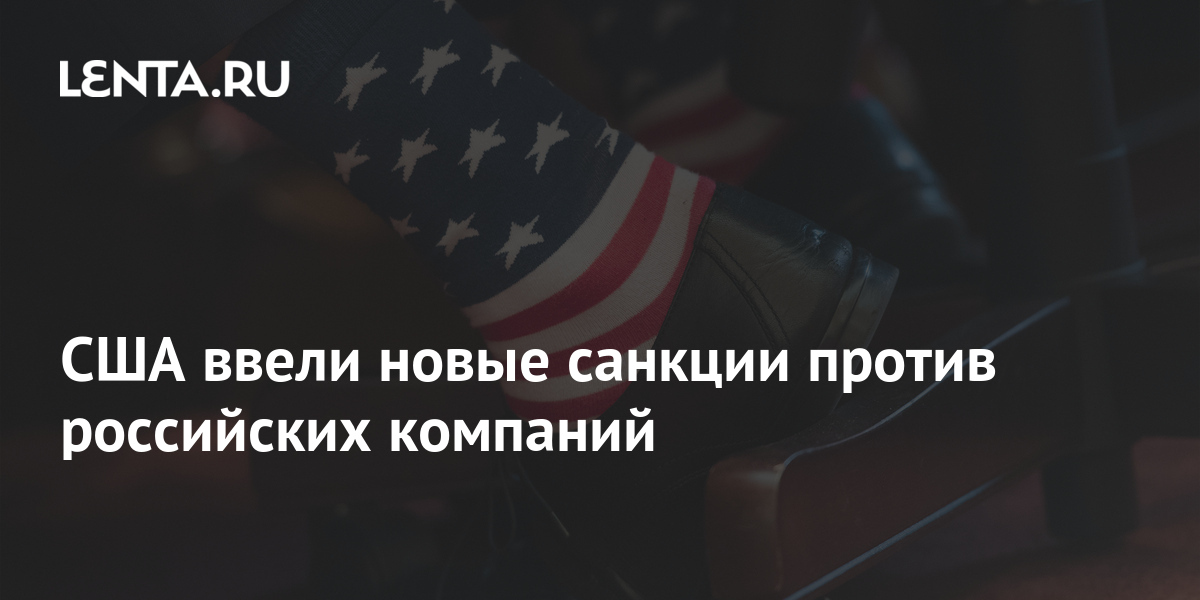 The US Department of Commerce added 34 new items to the blacklist, including three companies from Russia and three Russian citizens. Reported by the news agency Reuters…

Measures were also taken against 14 companies from China: the reason for adding them to the list was accusations by the American side of human rights violations against the Muslim minority in the Xinjiang Uyghur Autonomous Region. This is about unnecessary supervision and forced labor.

On July 6, it was reported that the administration of US President Joe Biden was modernizing the system of using economic sanctions.

“We intend to move away from ‘large-scale pressure campaigns’ on other countries in order to avoid serious economic damage to Washington. “We are focused on moving from the unilateral action that has shaped US policy over the past four years to actually working with our partners,” a source told the Wall Street Journal.