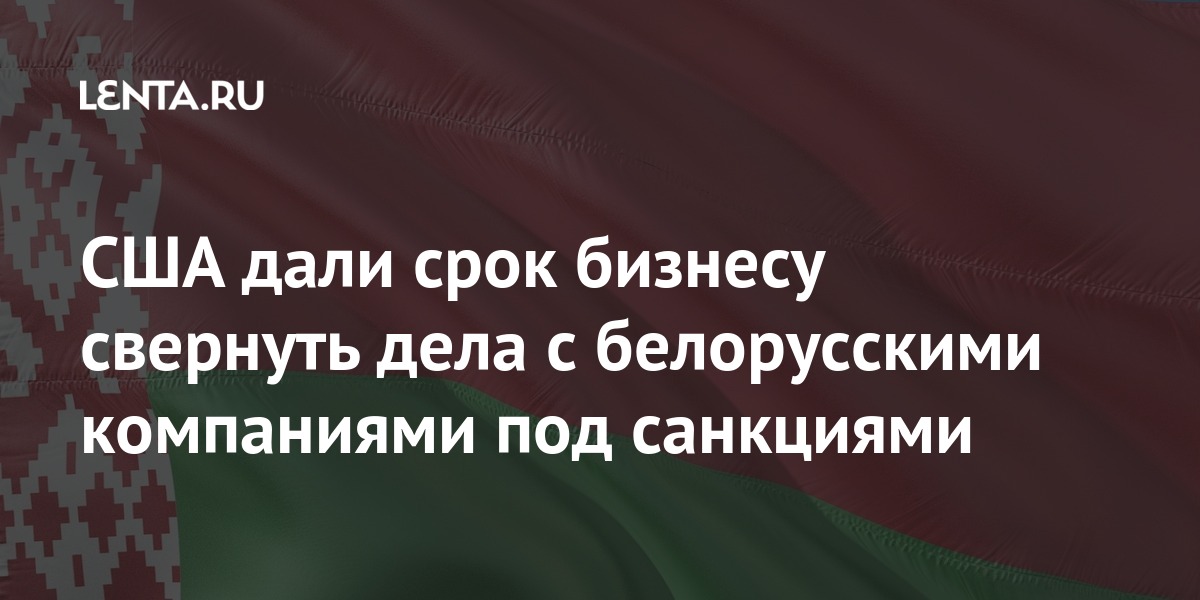 The US Treasury Department has issued a license allowing nine Belarusian state-owned companies to close deals with American businesses and scale back operations until June 3. Document published on website American department.

The enterprises have been under sanctions since 2007-2011, but in 2015 the restrictions were suspended, and since that moment the license has been regularly renewed. In early March, Washington announced the restoration of unilateral restrictions.

The Balts have announced a boycott of the Belarusian nuclear power plant in order to put pressure on Lukashenka. Why did their plan fail?

On April 19, the US Treasury issued an additional license numbered 2H, which gives businesses 45 days for US companies to completely close their business and wind up all transactions with partners that have come under the renewal of sanctions.

Mass protests in Belarus began after the presidential elections on August 9, 2020. Participants demand the resignation of Lukashenka and a repeat vote. The Belarusian leader himself claimed that the West was behind what was happening. The actions are harshly suppressed by the security agencies of the republic, tens of thousands of people were detained, many spoke about torture and beatings in isolation wards. Four people were killed.