US Embassy staff in Kabul begin to destroy classified documents 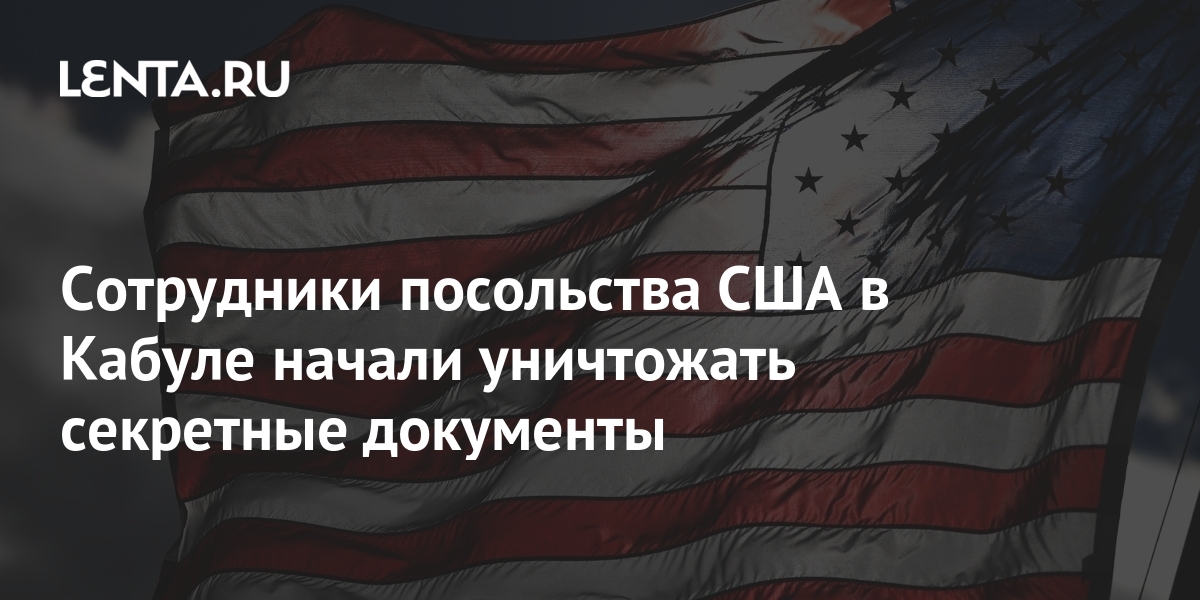 Officials at the US Embassy in the Afghan capital, Kabul, have been instructed to begin destroying classified documents, as well as items that depict the national flag or logos of American departments. About it informs CNN.

According to the TV channel, we are talking about items “that can be misused for propaganda purposes.”

A source of journalists in the diplomatic corps said that the intelligence admits the isolation of Kabul by the Taliban (movement is prohibited in Russia) within the next three to seven days. However, this does not mean that the militants will enter the capital of Afghanistan, the source said.

The US State Department, commenting on this information, called the destruction of documents at the embassy a standard procedure, informs The Hill.

After the announcement of the withdrawal of American troops, the Taliban terrorist group (banned in Russia) launched a rapid attack on the positions of the Afghan army. The situation of the Afghan government is becoming more critical every day. Over the past week, the Taliban have been able to capture the capitals of 16 provinces. On August 12, two major cities fell: the second largest in the country Kandahar and the next Herat. The civil war in Afghanistan has been going on since 1979. The state is included in the list of the poorest countries. Afghanistan’s budget largely depends on financial injections from third countries.