US Embassy in Moscow will limit the provision of consular services 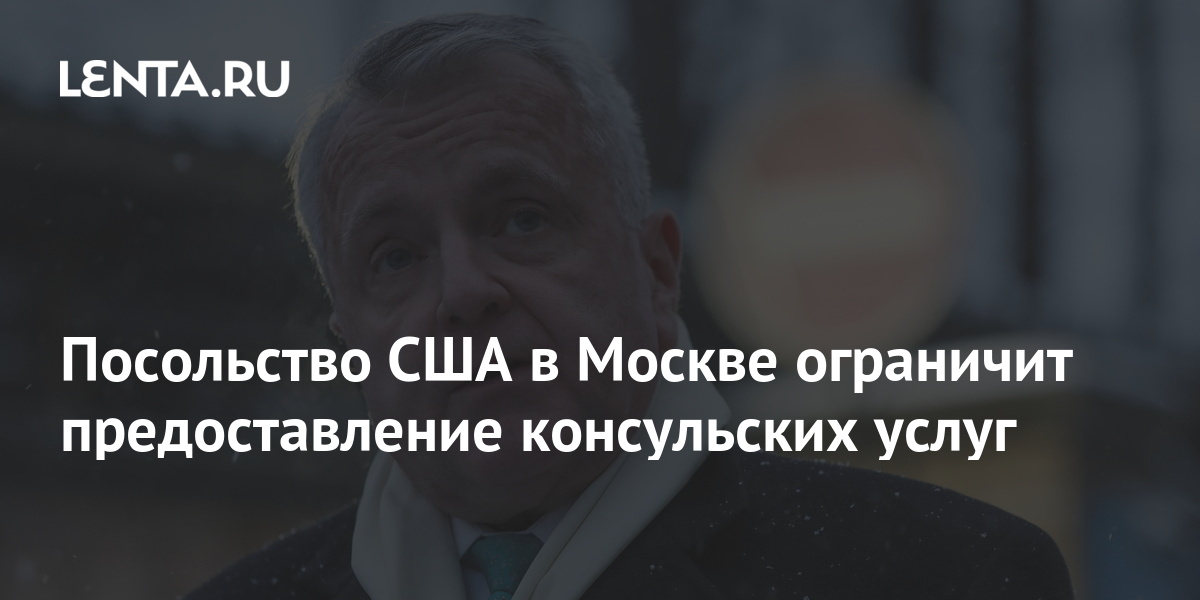 US Ambassador to Russia John Sullivan assessed the situation with the issuance of visas to Russians. He noted that Moscow and Washington are working on this issue, the situation is of mutual interest. The words of a high-ranking diplomat are quoted TASS with reference to the TV channel “Rain”.

Both presidents agreed that it is in our mutual interests – the interests of the United States and Russia – to have two stable diplomatic platforms in capitals and other cities in our countries, where there are consulates, in order to carry out the necessary diplomatic work that two such large important countries should do. like the USA and Russia

Sullivan said he is often approached by American companies concerned about the inability to obtain visas for the Russians working for them. He emphasized that the interaction took place before the summit of the presidents of Russia and the United States, Vladimir Putin and Joe Biden in Geneva, and continues to this day to solve problems that have arisen in diplomatic relations.

The Ambassador of the United States also noted that the American diplomatic mission in Moscow from August 1 stops providing its services due to a lack of personnel. He noted that the most significant problem was the inclusion of the United States in the list of unfriendly countries, as a result of which it was impossible to recruit citizens of Russia and third countries to diplomatic missions.

This has seriously affected and will still affect the work of our diplomatic missions in Russia in the future. We are practically unable to process any visa applications. We are working on it

Sullivan announced his intention to discuss problematic issues at a meeting with Russian Deputy Foreign Minister Sergei Ryabkov next week. In particular, the discussion will focus on the work of the diplomatic mission and how it will function under restrictions. The ambassador expressed hope that after the summit in Geneva, Moscow and Washington will be able to normalize their activities.

The head of the American diplomatic mission also said that Washington and Moscow are actively cooperating on the issue of Americans convicted in Russia, since this topic is a priority for President Joe Biden. He concluded that he would not like to discuss the issue in public space.

On April 30, it became known that from May 12, the US Embassy in Moscow will stop issuing visas and reduce the list of consular services. The embassy will now only work for American citizens. Such changes are related to the decision of the Russian authorities to prohibit the diplomatic mission from hiring non-Americans. “We regret that the actions of the Russian government forced us to cut our staff by 75 percent,” the diplomatic mission said in a statement.

The Foreign Ministers of Russia and the United States will meet face to face. Will they be able to unfreeze relations between the two countries?

Russian-American relations deteriorated in April as US President Joe Biden signed a decree imposing new sanctions on Russia. The restrictions affected more than 30 individuals and legal entities. Among the grounds for their introduction are the allegedly hostile activity of Russia in the cyber sphere, interference in elections in the United States or other foreign countries. As part of the US sanctions package, 10 Russian diplomats are expelled from Washington.

In response, the Russian Foreign Ministry published a list of sanctions against the United States. Moscow will expel 10 American diplomats, take measures to end the hiring of Russian and third-country nationals to the US embassy or consulate general, and prohibit American diplomats from traveling outside their places of base.