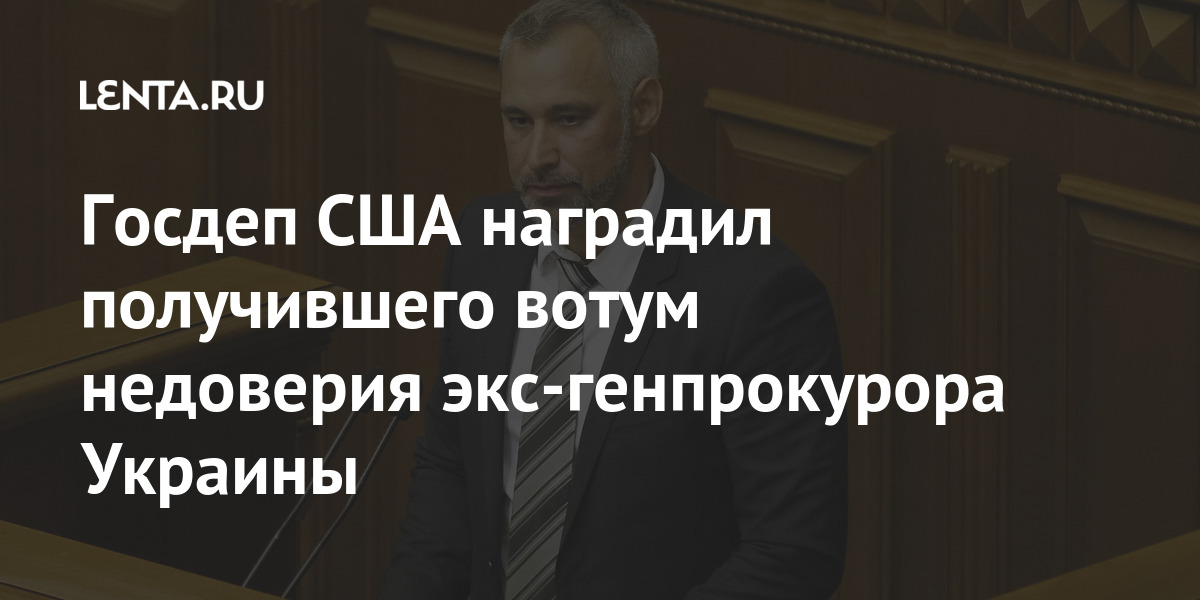 The US Department of State has awarded the former Prosecutor General of Ukraine Ruslan Ryaboshapka for the fight against corruption, who received a vote of no confidence in the Verkhovna Rada. This is stated in a statement by Secretary of State Anthony Blinken. RIA News…

According to the statement, the international award is given to those who “worked tirelessly, often in the face of difficulties, to advocate for transparency, fight corruption and seek revenge in their own countries.” In total, 12 people received it.

Ryaboshapka served as Prosecutor General of Ukraine from August 2019 to March 2020. During this period, the department conducted an audit of cases initiated in connection with the investigation of the activities in Ukraine of the son of the current US President Joe Biden Hunter and the Burisma company, where he worked, RIA Novosti writes. As a result, the cases were transferred to the National Anti-Corruption Bureau, the State Bureau of Investigation and the Security Service of Ukraine (SBU).

In March 2020, the Verkhovna Rada expressed a vote of no confidence to Ryaboshapka. He is also associated with the failure to sign suspicions against the former president of the country, Petro Poroshenko. In May, the Special Anti-Corruption Prosecutor’s Office (SAP) opened a criminal case against Ryaboshapka for declaring inaccurate information and obtaining unlawful benefits using his official position.

Barges on the Rhine: In Duisburg, experts are working on the water transport of the future