US billion-dollar spending on failed projects in Afghanistan revealed 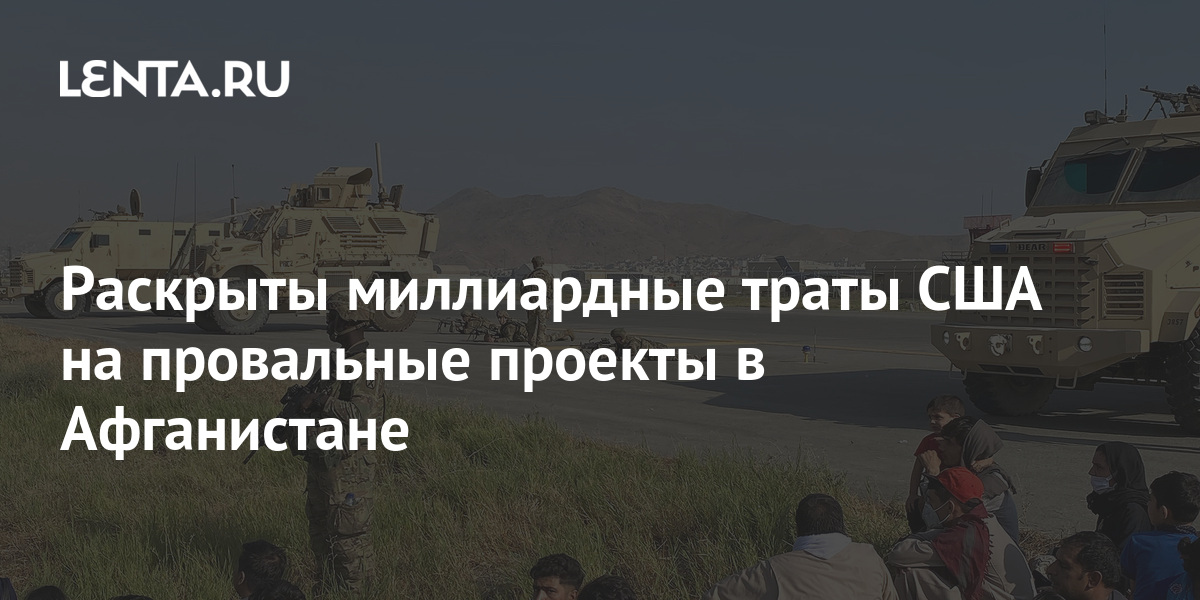 Over the years of its presence in Afghanistan, the United States has spent billions of dollars on projects that were supposed to help strengthen the country, but in the end turned out to be a failure. The relevant data is disclosed in a report presented by the Inspector General for Reconstruction of Afghanistan John Sopko, writes Daily mail…

According to Sopko, Washington has invested about $ 145 billion in the reconstruction of Afghanistan, but the efforts of the American authorities in many cases have been canceled out due to miscalculations, facts of fraud and abuse. In particular, the inspector recalled that the United States spent $ 549 million on cargo planes that turned out to be out of order.

So, in 2008, the Pentagon purchased 20 repaired G222 military transport aircraft for the needs of the Afghan government. However, it turned out that it was almost impossible to find spare parts for them. In addition, the crews of the airliners questioned their reliability and safety. The planes were initially put up for sale at the same price, but in the end they had to be sold for scrap for $ 40,257. At the same time, none of those responsible for this program was punished, Sopko stressed.

According to him, another $ 500,000 was spent by the American authorities on the construction of a training ground for the Afghan armed forces. The construction supervisors did not follow the progress of the work, as a result of which the contractors made many mistakes in the construction of buildings and used materials of poor quality. As a result, it was impossible to use the landfill, and it had to be demolished four months after the end of construction. Also, about US $ 36 million was invested in the construction of a giant command center in Helmand province. As the inspector noted, the center, which can accommodate several thousand people, was commissioned back in 2010, but due to an error in laying power grids, they could not use it, and the building remained empty.

The Pentagon has allocated more than $ 28 million to create a new camouflage uniform for Afghan soldiers. At the same time, a camouflage pattern was chosen as a color, intended for use in wooded areas. This made the form unsuitable for Afghanistan, where forests cover only about two percent of the land. Another example of a senseless waste of funds, Sopko named the construction of a road between the city of Gardez and Khost province – the highway for 176 million dollars was destroyed just a month after opening.

One of the most notable items of US spending in Afghanistan has become the fight against drug production in the country. So, during its presence, Washington has invested about $ 9 billion in this area. In particular, significant funds went to the construction of canals to irrigate hundreds of square kilometers of arable land – the American authorities hoped that in this way they would stimulate local farmers to grow legal crops instead of opium poppy. However, in the end, such actions had the opposite effect – the production of opium poppy in Afghanistan more than doubled.

Earlier in August, EU Foreign and Security Policy Officer Josep Borrell said that maintaining the regime in Afghanistan cost the West millions of dollars. According to him, the United States alone has spent about $ 300 million a day on this for the past 20 years.