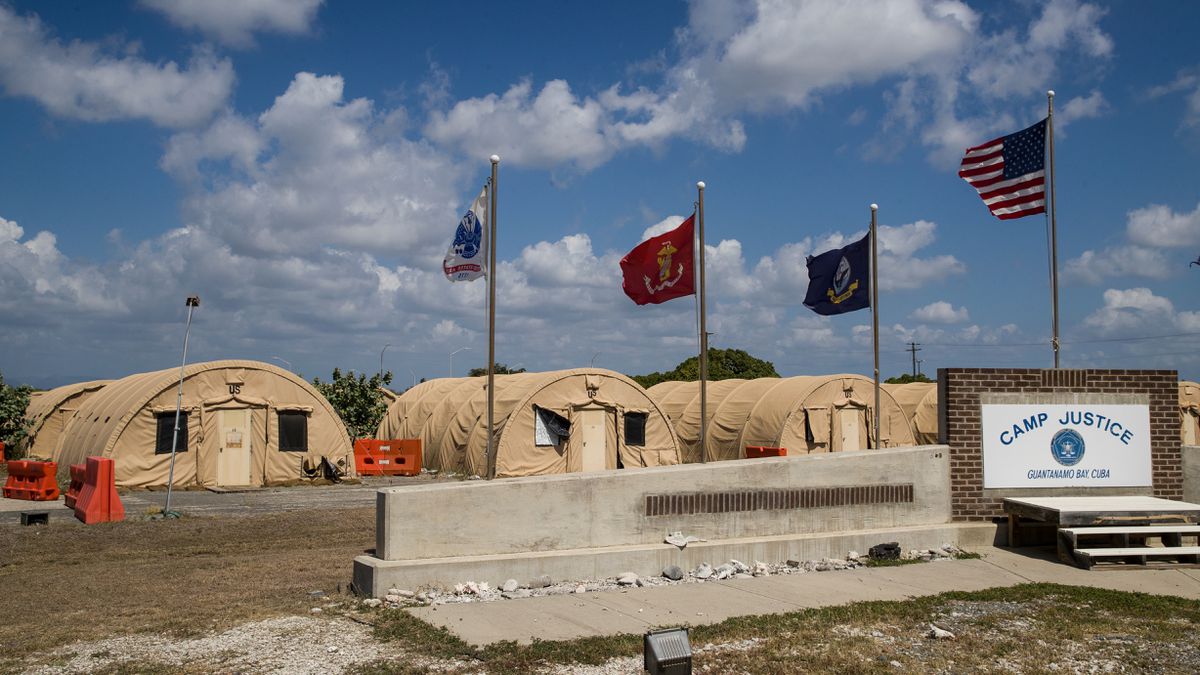 The rate of vaccination against the coronavirus in the US is so galloping that in many parts of the country there is more supply of vials than demand; This is the case, for example, of New York City. With 25% of the population completely immunized, and 40% having received at least one dose, the campaign opens this Monday to those under 16 years of age and also to the prisoners of Guantánamo (Cuba).

In order to protect the troops stationed at the US military base on the island, and where prisoners of the war against terrorism launched after the 9/11 attacks are held, the US Southern Command, responsible for that jurisdiction, had requested authorization last year from the Donald Trump Administration, given that the Islamist prisoners, among whom are Khalid Sheikh Mohammed and four others accused of participating in the terrorist plot of 9/11, are “a community of high risk ”, reports this Monday the digital edition of the newspaper The New York Times. On December 23, the prison authorities invoked “the Geneva convention [sobre presos de guerra] and Department of Defense guidelines ”to justify vaccination.

But the criticism generated by the plan, which would have put the detainees ahead of the US population, delayed the decision until February 1, when Americans were just beginning to benefit from vaccines, after risk groups were inoculated. priority. By this Monday, the 1,500 people residing at the base, including military personnel and civilian employees, had already had access to the vaccine, according to the newspaper. An unknown number of Guantanamo employees refused to be vaccinated.

Hence, the Pentagon informed Congress on Monday of its intention to make the remaining doses available to inmates “in a matter of hours”, justifying the offer in the protection of prison workers who have not wanted to be vaccinated. Immunization is not mandatory for military or civilian employees of the Department of Defense.

It is also not mandatory for inmates, and it is unknown how many of the 40 inmates have shown intention to get vaccinated. Many of them have been behind bars for two decades, and some carry chronic ailments. The oldest is a 73-year-old man, suffering from several diseases, including diabetes and coronary heart failure, risk factors for the virus. They will be given the Pfizer-BioNTech vaccine, which requires two doses.

Unlike the stunted vaccination rate in other parts of the world, the speed of the process in the US has allowed even native or indigenous tribes, especially affected by the pandemic, to register a higher level of immunization than many EU countries, for example. Despite numerous technological barriers, such as the cold storage of Pfizer and Moderna vaccines, the Indian nations had vaccinated most of their population in mid-March, making the remaining doses available to other tribes or neighboring communities. .

Among the groups most reluctant to vaccination are the Afro-American population and whites of evangelical religion. Republican-ruled territories also lag far behind in numbers than those administered by Democrats.

The young promises to follow in the Copa Libertadores 2021