US announced new sanctions against Russia 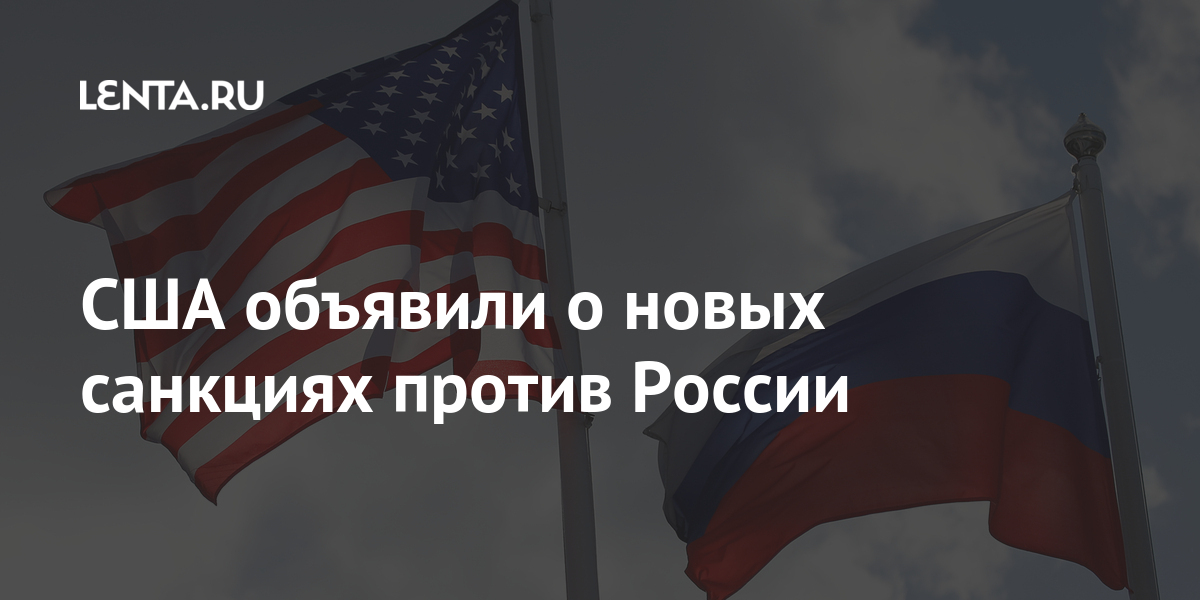 The United States announced new trade sanctions against Russia. This is stated on website US Department of Commerce.

The restrictions will take effect on Thursday, March 18th. New trade sanctions will affect exports related to national security. Until September 1, 2021, there are exceptions: in particular, for items related to aviation, space and items for encryption and software technologies.

The Ministry of Trade emphasizes that the sanctions are being introduced on the basis of accusations against Moscow of using chemical weapons. “The Commerce Department is seeking to prevent Russia from gaining access to secret American technologies that could be used for its malicious activities in the field of chemical weapons,” the statement said.

The United States believes that Russia is involved in two cases of the use of chemical weapons: the first concerns the situation around Alexei Navalny (Founder of the Anti-Corruption Foundation, included by the Ministry of Justice in the register of organizations performing the functions of a foreign agent), the second – the poisoning of Sergei Skripal and his daughter in the UK. Russia denies all such accusations.

It is noted that the sanctions introduced on March 17 are a continuation of the restrictive measures introduced in early March. Then, nine companies from Russia fell under the sanctions, three from Germany, and one from Switzerland. Among Russian enterprises, in addition to the 27th Scientific Center of the Ministry of Defense, the document lists the companies “Himmed”, “Femteko”, “Interlab”, “Labinvest”, “Analyt Products”, “Intertech Instruments”, “Pharmcontract”, “Rau Pharm” and “Regionsnab”. The documents said that the sanctions against these organizations were imposed “for proliferation activities in support of the Russian program of weapons of mass destruction.”

Janet Barboza reveals that her mother was infected with the coronavirus

Weather: An earthquake of 2.7 magnitude in the Sea of ​​Oman has no effect on the state