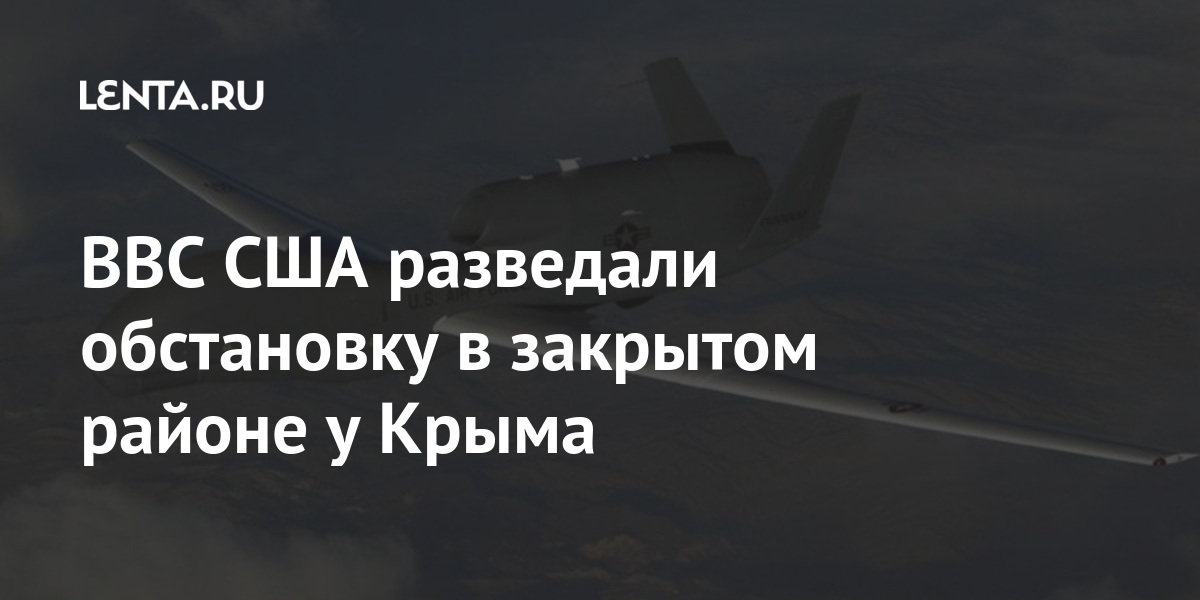 The US Air Force RQ-4B Global Hawk strategic unmanned aerial vehicle conducted a reconnaissance flight in the Crimean airspace, which was declared temporarily dangerous for flights and closed. It is reported by Interfax…

According to reports, the American drone took off from the airbase of the Italian island of Sicily, flew near the maritime border of the Crimea at an altitude of 15 thousand meters, and also flew along the shores of the Krasnodar Territory.

On April 20, Russia imposed restrictions on flights in this zone for four days. The airspace of the southern part of Crimea from Sevastopol to Feodosia, territorial waters off the southern coast of the peninsula and part of the international waters of the Black Sea were declared temporarily dangerous for flights.

Earlier it was reported that in February, a similar American drone flew up to the Russian borders when it was conducting reconnaissance near the Donbass. In total, the drone flew to Donbass five times that month. An hour of flight of the drone costs 31 thousand dollars.

Home sales chain two months of decreases, according to the INE

Curry shows his human side and Avdija is seriously injured