Uruguay and Paraguay liked, won and qualified for the quarterfinals of the Copa América 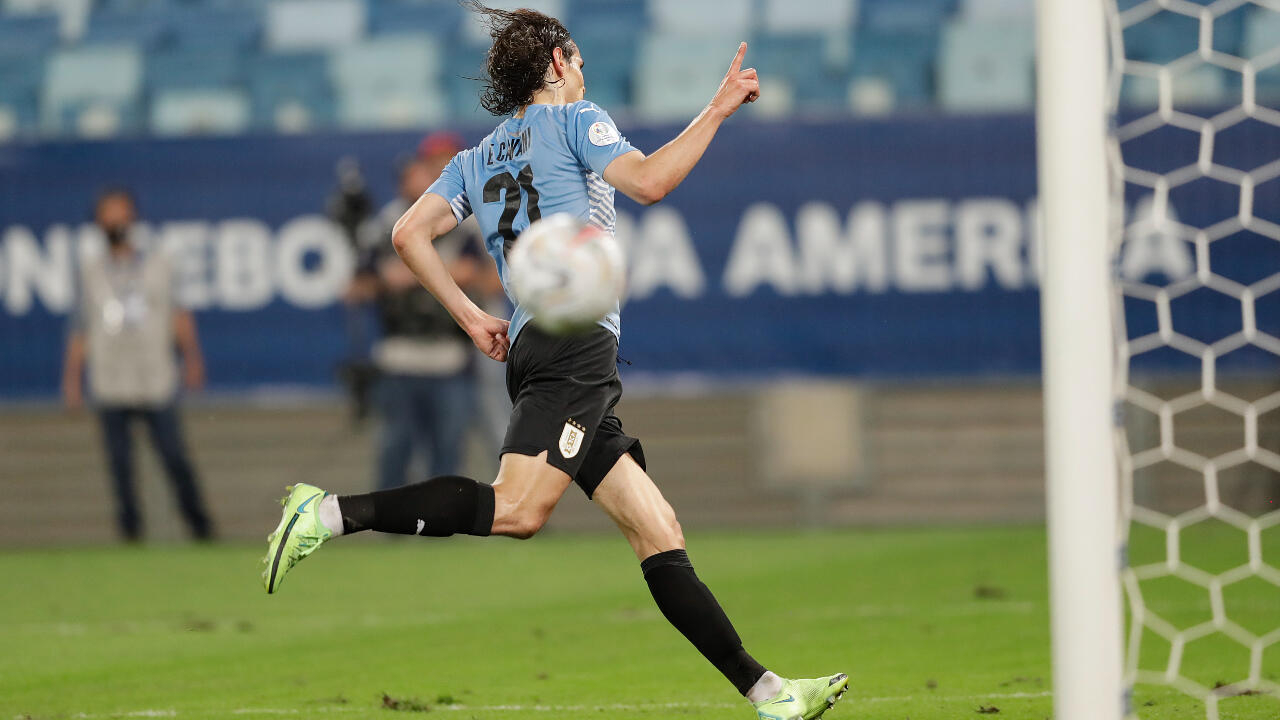 On the fourth day of Group A, Uruguay, Paraguay and Chile sealed their ticket to the quarterfinals, while Bolivia said goodbye to the competition. Meanwhile, the Colombian Football Federation urged Conmebol to suspend referee Nestor Pitana and the VAR judges, for the controversial refereeing in the match on June 23 against Brazil.

Uruguay defeated Bolivia 2-0 and recorded its first win in this edition of the Copa América. In this way, he secured his place in the quarterfinals, while the Bolivians said goodbye to the competition.

The teacher Óscar Washington Tabárez knew that he had to go out to win in order to continue dreaming of the Cup, the one that the Uruguayans have raised fifteen times. Although until now, in the 2021 competition they had only achieved a draw. So this time the coach opted for a change in the starting eleven to generate more volume in the attack: midfielder Nahitan Nández for defender Giovanni González. And it worked for him.

The first goal came in the 40th minute, when a Giorgian de Arrascaeta cross finished in the Bolivian net thanks to an own goal from goalkeeper Carlos Lampe. And although it was not the most beautiful goal, it did justice to Celeste’s absolute dominance over Green.

In overtime, Edinson Cavani extended the lead on the scoreboard. He was assisted by his teammate Facundo Torres with a perfect pass from the left, to which the “matador” responded with a shot at first to shout his first goal in the tournament.

Uruguay has four points: it lost in its debut against Argentina, drew with Chile and beat Bolivia, which fell for the third time in the competition. While La Celeste will aim to continue scoring points against Paraguay on Monday, Bolivia will have to face Lionel Messi’s Argentina, in search of a point of honor.

Those led by Eduardo Berizzo attacked their rival throughout the match played at the Mané Garrincha Stadium in Brasilia. In turn, they knew how to perfectly neutralize a team that put their hopes in the clutches of Arturo Vidal.

Braian Samudio opened the scoring in the 32nd minute. A cross into the area after a corner kick executed by Miguel Almirón, allowed the Deportivo Toluca striker of the Liga MX de México to head the first for his team.

In the additional time, a foul committed by Gary Medel on Carlos González was sanctioned with the maximum penalty. Miguel Almirón aimed at the bottom of the left crossbar, and with his left leg, he converted to score as one of the best of the match.

The Guarani were incisive against a Chilean team that drew with Argentina and Uruguay and defeated Bolivia. Despite the results, both teams were classified to the quarterfinals. Paraguay did so with 6 points, and Chile with 5, ranking second and third in Group A, respectively.

Colombia surprised the powerful Brazil by taking the lead in the match played yesterday for the fourth day of the group stage of the competition. However, a controversial goal by Roberto Firmino changed history for the “coffee growers”, who ended up losing 2-1.

The FCF explained that “at minute 77 of the match, there was a play where the ball bounced off the central referee Nestor Pitana and led to a promising attack for the Brazilian team that ended in a goal. The VAR even told the referee that the pass from the Brazilian player that bounced off the referee was going to be received by a Colombian. However, the central judge and the VAR referees decided to omit the application of Rule 9 of the game rules, directly affecting the result of the match ”.

For these reasons, the FCF requested sanctions for those involved in this controversial decision. “The FCF asked Conmebol for the immediate suspension of the match referees, as well as recently the Referees Commission suspended two Colombian referees for the serious and manifest error consisting of the annulment of a goal during the qualifying match (.. .) between Uruguay and Paraguay on June 3 ”.

With this result, Brazil is the absolute leader of Group B with 9 points, followed by Colombia with 4. Only goal difference puts it ahead of Peru.