Urban planning Such is the agreement that will determine the direction of Vantaa for decades to come – Politicians will make a decision on Monday, the significance of which is difficult to overestimate 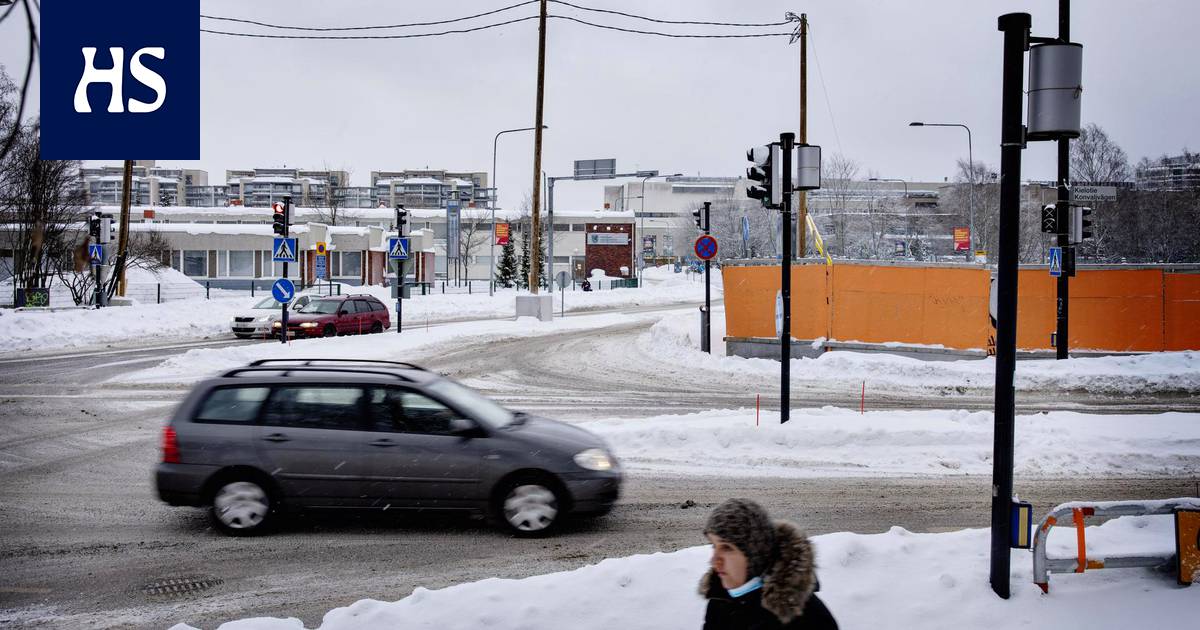 Vantaa the city council will meet on monday to decide on the most important issue of the entire council term, ie the new master plan.

It is difficult to overestimate the importance of the master plan, as it will guide all new construction in Vantaa for years to come. The previous general plan for Vantaa is from 2007. Based on it, town plans have been drawn up and building permits have been issued for more than a decade.

Due to its significance, the creation of a new master plan proposal has also aroused strong contradictions and passions. However, after compromises, the parties have finally reached an agreement.

Now The master plan to be decided anticipates that the population of Vantaa may increase from the current 235,000 to 355,000 by 2050. Growth would be at a steady pace of about 4,000 inhabitants per year.

This is substantially less than the generous increase of 5,000 inhabitants there has been in the last couple of years. Despite the corona epidemic, the population of Vantaa increased by 3,900 last year.

The master plan governs all new construction, but no building permit can be granted on that basis. A town plan is always needed for new projects. The master plan also does not reset existing town plans.

Where will the new apartments and premises be located?

Settlement is being arranged close to existing agglomerations, along good public transport connections. Construction of new suburbs will not begin, and the look of old detached house areas will be preserved.

In the last phase, the decision-makers added a text clarification to these A-areas, according to which different types of small houses may be built primarily in the old detached house areas.

The City Government further confirmed the policy by listing in its decision in January that the detached house areas of Jyvätie, Minttutie, Johdintie, Hiekkaharju, Vaarala and Luhtitie are examples of areas whose characteristics are to be preserved by this regulation.

Most of the residential construction is located in the Kivistö, Myyrmäki and Tikkurila metropolitan areas. New homes and jobs are also planned to be added to the Vantaa light rail route.

The business premises have outlined the needs of approximately 185,000 new jobs in the master plan. There are key construction sites along Ring Road III and Hämeenlinnanväylä, Tuusulanväylä and Lahdenväylä.

The effect of the ring road is reflected in the intense construction at Tikkurila. Along Kielotie, the state and city office buildings have been demolished and replaced by dense and high-rise residential blocks.­Picture: Kaisa Rautaheimo / HS

Alignment for the Vantaa tramway

The new master plan provides for the construction of a light rail line from the Helsinki border via Hakunila and Tikkurila to Helsinki-Vantaa Airport. This route alignment does not mean that construction is certain.

The Vantaa tramway is currently being planned so that a new post-election council can make a decision.

In the northern parts of Vantaa, the minds of the residents are heated by the alignment of Road 152, ie Ring Road IV, from the Tuusula border towards Hämeenlinnanväylä.

The road would run three kilometers on the Tuusula side and less than ten kilometers on the Vantaa side. In the west, a new transverse fairway would join the Hämeenlinnanväylä near the new Klaukkala bypass. It is justified by the needs of heavy goods and distribution traffic.

Construction of a new ring road is in the plans for the next decade if the state and municipalities agree on funding. The Helsinki Region Land Use, Transport and Housing Program mentions Ring Road IV as a post-2030 target, the planning of which is to be promoted by then.

Torque from the place of sale

One sure vote is coming at Monday’s Council meeting. The Coalition Party has voted and lost its battle for the location of the new hypermarket in Porttipuisto at various stages of processing.

The large retail unit arranged behind the furniture giant Ikea will hardly be realized in the council’s deliberations. Many decision-makers are concerned about the future of Hakunila’s services and do not want to jeopardize them any further.

The development of Hakunila and the eastern districts of Vantaa has also been the basis for the alignment of the Vantaa tramway.

How are the forests of Vantaa?

The new master plan also covers more than half of Vantaa’s agricultural area, recreational areas, green areas or nature reserves. Half of the built-up areas are detached houses.

In the general plan, more nature reserves and green corridors have been marked, which has not pleased all private landowners.

Natural values ​​have been re-mapped, and in the Kivistö district, for example, it has been observed that the flying squirrel population has strengthened. Rust moss has also been observed in the fossil, which limits construction.

The Year of Urban Streams highlighted how dear the small streams and their leafy valleys are to the residents. The nature of the creek has been taken into account more extensively in the draft master plan.

Why is a master plan important?

■ Master plans are rarely made and they guide the growth and construction of a city for several years. The previous master plan for Vantaa is from 2007.

■ The details of construction are laid down in town plans and still in building permits, but they must not conflict with the master plan.

“The uncertainty linked to the virus weakens the whole society”

Will Xbox hold an event after finalizing the Bethesda acquisition?